Apple releasing iTunes on Android is a brilliant move

Apple releasing iTunes on Android could bring us one step closer to creating a multi-platform entertainment purchasing engine that is very intriguing.

Some interesting news came across the feeds the other day. According to Billboard, Apple was considering a couple of new ideas. The first was considering opening a music streaming service as a direct competitor to Spotify. The streaming service would be subscription based and used as a platform to drive music sales. The other, far more intriguing prospect was the idea of putting iTunes on Android. If you’re dizzy from the double take, that’s ok. Just take some Dramamine and buckle in. This could get bumpy.

Apple launching a music streaming service is not exactly a surprise. The software is called iTunes after all, emphasis on “Tunes.” Apple got its sea legs selling music initially, became famous, and then went on to apps, movies, and other forms of content. So it all comes back to the tunes. Probably the most surprising thing was that it took this long for it to happen. But, as more and more people stream more and more music, it’s not crazy for Apple to look to get into that industry. If anything, I think it’ll be interesting to see what more they can bring to the table. What will be the “one more thing” in the music streaming space? 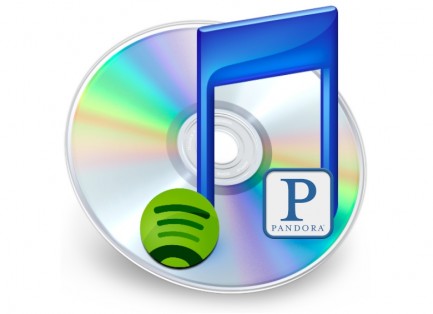 But iTunes on Android, now that is something worth looking at. It might surprise some of you to learn that this is almost a case of history repeating itself. Steve Jobs, back in the day, wanted nothing to do with iTunes appearing on another platform. You might’ve heard of it. It’s called ‘Windows’. And no, I didn’t forget the ‘Phone’ on the end there. Steve Jobs wanted nothing to do with Windows, and was content to let iTunes grow – if you could call it that – on 3% of the world’s computers while shutting out the other 97%.

Well, guess what? Android is accounting for somewhere in the neighborhood of 80% of the world’s smartphone toting population these days. Unlike our dearly departed Jobs, Tim Cook is willing to explore the idea of being on the majority of devices world wide. He’s willing to entertain new customers because they have money too. Interesting concept no?

Apple opening up iTunes of Android though does something even more important in this writer’s humble opinion. It’s opening up a media-purchasing platform to multiple mobile operating systems, and that could be pretty huge. The stories about this move seem to center mostly around music (the initial source being Billboard after all), but what intrigues me particularly is opening up an entertainment purchasing platform to all ecosystems and bringing compatibility to the whole world. Of course in this case, there’s no guarantee this includes movies, books, etc, and it’s only (heh…”only”) 92%-95% of the world, but it’s a step in the right direction.

I don’t really buy entertainment media, except for books. The reason I buy books is because the Amazon Kindle app is available on all platforms. Regardless of what device I decide to use tomorrow, I can read. The fact that I usually don’t actually read them…well that’s a different problem I need to take up with my grammar school teachers. But the point is, I don’t mind buying books because I can take them anywhere. The same is not necessarily true of music and movies.

Google Play is on Android, iTunes is on iOS, the Windows Store is on Windows Phone and that’s about it. It’s true, songs that you buy on iTunes can be transferred to Android, but as for cloud streaming of purchased movies and music, that’s locked to the ecosystem. This is actually not a bad model for most people. People tend to stick with what they’ve got – once an iPhone user, always an iPhone user, that kind of thing. People like me who pick up a Lumia today and a Nexus tomorrow are more rare. So if one buys a movie in iTunes, most people are ok with that because their next phone purchase will probably start with a lower case “i” as well.

Peoples is peoples, users is users

But opening up its entertainment platform to most users in the world gets us closer to finally having an agnostic entertainment platform. Steve Jobs once said, “I don’t want to make Android users happy.” And that’s fine. But what if they weren’t iPhone users and Android users, and just simply users? That would be a much more interesting way of looking at it. These users have money, so let them spend it, and as long as they’re willing to spend it, they may was well throw it in Apple’s direction.

Who knows? Maybe some day, iTunes will come to Windows Phone too (I almost got that out with a straight face). I commented not long ago that if Netflix sold movies, I would buy from it, simply because of it’s platform ubiquity. If iTunes achieved the same status, it’d be free to take my money. Maybe others out there feel the same way, and launching iTunes on Android could be a good way to gauge that. I think it just makes sense. More people buying is a good thing, no matter who you are and after all, 92% is better than 12%.

Source: Billboard
via The Verge

If a fairly recent report from Korea is to be believed, LG might be giving up completely on its G-line-up of smartphones.