It’s sales day for LG G7 ThinQ, so here are some facts by the numbers

Pre-orders are wrapping up and with so much excitement taking up your mobile tech feed right now, LG figures it can remind you of the G7 ThinQ.
Published 16 May 2018, 22:42 EDT

Carriers and tech retailers are officially beginning sales of the LG G7 ThinQ and it’s not a moment too soon — for a second today, it sounded like the OnePlus 6 was going to crowd everyone else out.

But in recognition of this time point, LG has decided to simplify the best bits of the G7 into some easy-to-digest numbers — perhaps you’ll look over the notch and find something more important to take hold of. 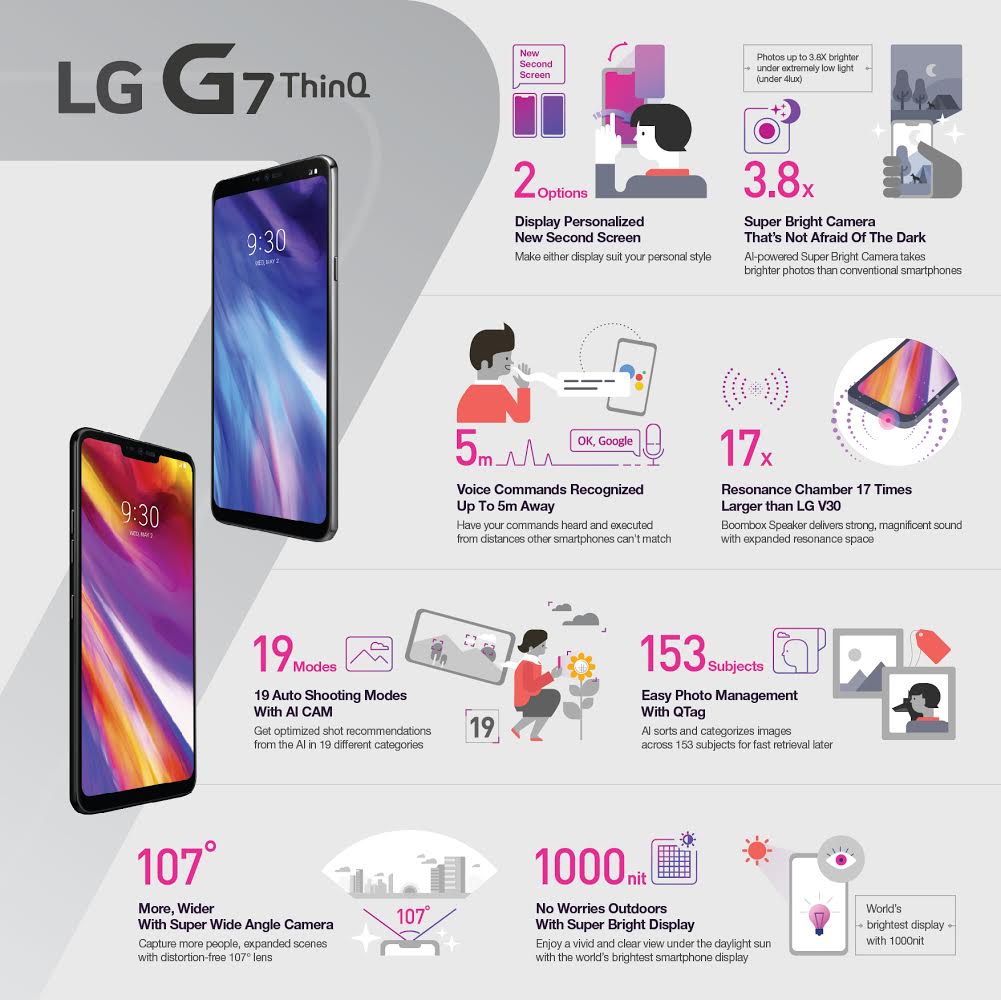 A couple of these numbers may be less familiar to you than the others. You may know that the Super Bright Display can bring up to 1,000 nits of brightness to the table, but did you know that the Super Bright Camera produces results that are up to 3.8 times brighter than photos taken with other phones in comparable conditions? You may know that LG has decided to bring in 19 shooting modes for its AI CAM algorithm to adjust to, but did you know it could detect 153 subjects in the photos you take?

We figure there’s always something to learn well after launch day. That’s what reviews are for — keep up with Pocketnow as we produce ours.

Android 12 introduces a ton of UI changes and adds new features. We’ve compiled those that will prove the most useful on a day-to-day basis.