Pebble Time 2 Kickstarter finds fans, but is Pebble back in the game?

Pebble smashed its pledge goal on Kickstarter, but will new watches from this tech darling finder a broader consumer audience?
Published 24 May 2016, 13:58 EDT

The phrase “make or break” is tossed around often in the world of consumer electronics. With that editorial trope acknowledged, we could be looking at a make or break product release from Pebble. Unveiled today, the smartwatch pioneer showed off the new Pebble 2, Pebble Time 2, and Pebble Core on Kickstarter. This company has been facing challenges of late, recently dealing with some layoffs, but the market for wearables remains strong. Is Pebble back in the game with these new products, or have consumers moved on to more visible brands?

Whether you agree with Kickstarter being used as a tool for pre-sales, as opposed to being a platform for launching projects which otherwise wouldn’t find funding, it’s difficult to ignore the immediate response of the Pebble Time 2 launch. Within hours of going public, the project had doubled its goal, and is still growing. The strategies of crowdfunding are fairly well understood, so we can safely assume that Pebble set this goal low for those tasty social media headlines: “Pebble Smashes Kickstarter Goal!” 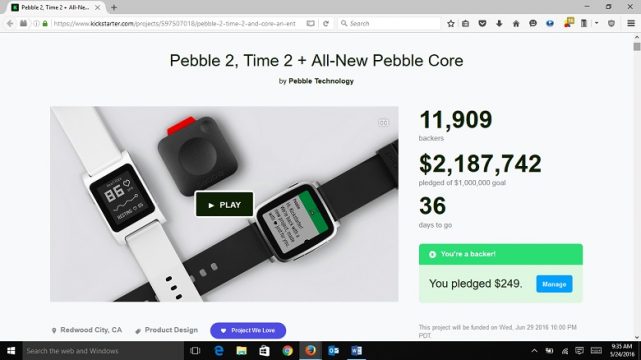 It’s clear that Pebble has been a tech darling since its inception. This company was one of the first on the scene with a true, practical, consumer facing smartwatch. The fan base for a Pebble is significantly smaller than Android Wear or the Apple Watch, but it’s a passionately loyal community. What remains to be seen, is whether this Kickstarter will deliver new fans and new customers, or if Pebble is servicing the same community of adopters.

Bang for your buck

So why all the hubbub? Why do fans of this brand keep coming back?

Pebble created a niche in offering an inexpensive solution with some tangible benefits over competitors. Buying a Pebble, a Pebble Steel, or a Pebble Time was a fairly small financial risk. Pebble’s lacked flashier features like color touchscreens, but traded them for week-long battery life and better outdoor readability. A Pebble is easier to read in sunlight than when indoors, making it a great companion to your phone.

We’ve seen conservative feature creep moving up to the Pebble 2 and Pebble Time 2. The screens still aren’t touch enabled, but they will be a higher resolution. This increase in pixels also comes with a larger battery, delivering a whopping ten days of use on the Time 2, and like the original Pebble Time, the watches will be waterproof to a depth of 30 meters.

The hot new addition to the platform is a 24/7 heart rate monitor, bringing Pebble to parity with the most popular segment of wearables, fitness trackers. The Time 2 with a color display is expected to retail for $199, and the Pebble 2 with a monochrome display will be priced at $129 after the Kickstarter concludes.

While a product refresh is always welcome, Pebble is hoping to generate some additional buzz by launching its first 3G enabled product. Pebble Core is a small multi-use puck which can connect over WiFi or GSM networks to stream music or send an emergency SOS text. It’s a small Android powered computer which will have an SDK for developers to provide additional functionality. 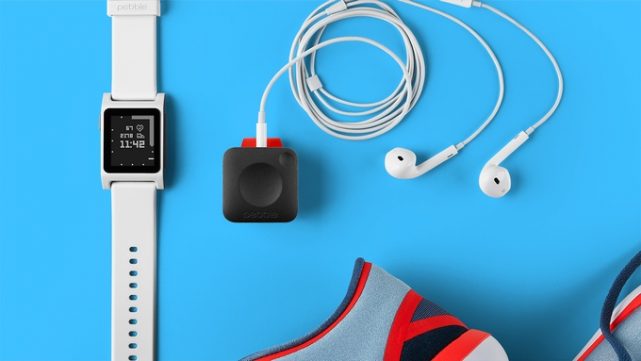 It”s a bold move in light of recent cut backs, introducing a new product line, but it keeps with the company’s philosophy. It’s a simple way to add sensors and connectivity to a “personal area network” of devices.

We can’t help but look at the consumer fatigue facing electronics however. Apple tripled the smartwatch market overnight with the Apple Watch. There are numerous hardware partners for Android Wear. FitBit is the highest profile fitness tracker, which has several products under its own umbrella, let alone the dozen or so other trackers in the market looking to make a splash.

It’s enough to make a person’s head spin. Pebble’s product line is simple enough, but communicating the pros and cons of a Pebble smartwatch requires a little explanation. While consumers are getting burnt out on the number of gadgets available, that explanation faces an uphill battle.

Pebble has shown an aptitude for working social media and crowd funding services, and that’s a terrific skill to have for reaching out to tech savvy consumers. However, word of mouth doesn’t carry as much weight outside of the tech communities as it used to. The major goal for all tech companies is to find that hook which moves a brand from “consumer electronics” to “lifestyle accessory”. It’s nearly impossible to make that jump without a savvy ad campaign and working some traditional media, which are spaces Pebble has been reluctant to play. 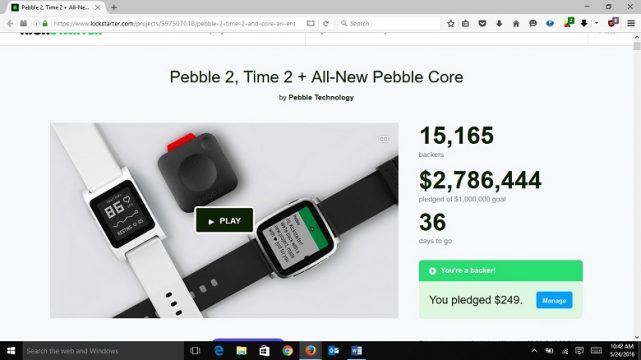 That’s tough to say. In the time it’s taken me to write this editorial Pebble’s Kickstarter has added another $600,000 in pledges. That’s a positive indication that this company has some staying power, but in the larger scheme of things, Pebble also needs to show some growth outside of internet communities.

Will your next smartwatch be a Pebble? Drop us a comment below!

The HUAWEI Developer Conference 2020 concluded a few days ago with exciting product and software announcements. Catch up on it in our HDC 2020 recap!

On today’s Pocketnow Daily, we talk about the possible launch date of the iPhone 12, more Google Pixel 5 leaks, and more.

The new Zen Mode was first showcased by the company with HydrogenOS 11 in China.

It is powered by Snapdragon 665 SoC.

Apple won't charge its standard fee for a period of three months, but paid online…