So the Nokia Lumia 920 is out and there are mixed reactions, as to every new piece of technology which gets unveiled nowadays. Some love it (fans of the brand and not only) and some not that much. At the end of the day sales, numbers, and units sold will do all the talking. The rest is just speculation.

We’ve asked ourselves whether the new Lumias have what it takes to survive and we also had our own rant regarding the way Nokia decided to shift PureView technology towards low light sensitivity and image stabilization (coming from a zoom perspective on the 808). We just wished that the two, otherwise different fruits, would not share the same basket (and many misunderstood our previous article).

The official Nokia video — called PureView The next innovation — is there to show off all the cool features of the new ‘PureView’ camera on the 920. OIS (optical image stabilization) is the key selling point and the Finns have managed to achieve that by employing what they call “floating lens” technology.

You need to check out the video yourself. It compares a normal smartphone (probably a leading competitor) side by side with footage from the 920 (or maybe just the same phone with OIS on and OIS off). Amazing stabilization! But is it really the Lumia 920 capturing the video? Pause at 0:29 and check out the reflection in the window. We’ve done that for you in the image above. Does it look like a Lumia 920 is used to grab that sequence? It sure looks like a professional camera but we might just be too tired and old with bad eyesight. What do you think? Is Nokia’s marketing campaign misleading? 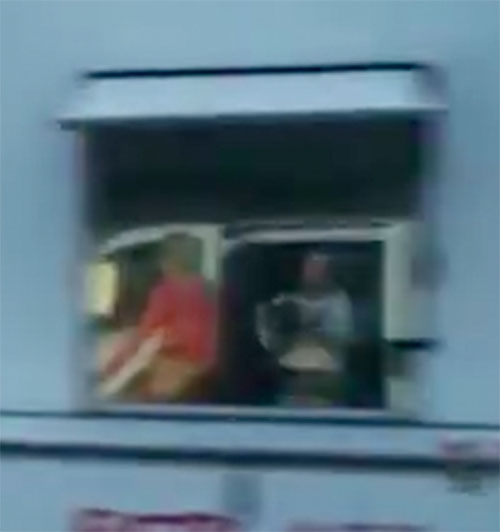 Update: Read the final note in the Nokia Conversations article regarding the photos and video taken to demo the Lumia 920:

“Note: The Lumia 920 pictures in this post were taken using prototype hardware and software, and then reduced dramatically in size. In addition, the OIS video, above, was not shot using the Lumia 920.”

You’d ask: Why are they trying to show us their new PureView technology if they aren’t really using it? It’s just too bad that they left the “OIS on” text in the video. If they’re trying to tell us that they’re showing us how Optical Image Stabilization works on their new Lumia 920, but they’re filming from a van using a possible DSLR, things just lose credibility.

Update 2: Nokia now apologizes for misleading us in the video.

Samsung has announced a comprehensive list of Galaxy phones and tablets that will get four years of updates on a monthly or quarterly basis.