Is HTC doing it right this year with the HTC U, or making more mistakes?

The HTC U is coming after the LG G6 and the Samsung Galaxy S8 launches. Is that a winning strategy, or another mistake on HTC’s part?

HTC had a real opportunity. Fresh off the failure of the Note 7, HTC tried to step in and offer a brand new large flagship – the HTC U Ultra – to fill the void. If you wanted a big phone, you could have one. It is a slick looking phone, but quite the beast, which we will talk about in a moment. HTC had a great idea, but unfortunately it left its crystal ball at home, because it had some troubles out of the gate. 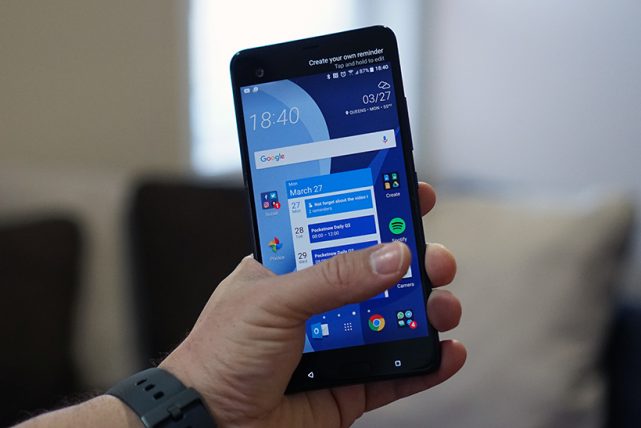 First of all, the HTC U Ultra suffers from being the only phone of the current “big three” that hasn’t downsized the bezels around the phone. Granted the HTC U Ultra was released first of the three, but once the LG G6 and Galaxy S8 came out, suddenly the bezels around the U Ultra are huge. Even putting a case on the LG G6 or the Galaxy S8 wouldn’t make it as chunky as the U Ultra. Which really is a shame. It’s not like LG and Samsung compared notes before releasing their respective phones, but HTC being left out of the party shows perhaps a lack of foresight?

Also, while the U Ultra certainly carries flagship specifications, most would consider the phone too big to be taken seriously as a flagship, especially with rumors of the HTC U (a.k.a. the HTC won’t-be-named-11) already starting to flood in by the time the U Ultra hit the stores. Once again, HTC took advantage of the Note troubles by announcing the U Ultra in early January, but it took another couple of months to actually bring it to market. By then the rumors for the HTC U were in full swing. This is a combination of my first two points. With the announcement of the LG G6 and the rumors of the S8 and the HTC U on the horizon, what was the motivation to throw down dollars – and by the way a lot of dollars – on the U Ultra.

And speaking of the HTC U, we won’t even get an announcement from HTC about the HTC U until next week. Basically, HTC devices are sandwiching the releases by LG and Samsung. If the U Ultra came too early, the HTC U is coming way too late. Plus, we don’t even know when the HTC U is going to be released. If it follows the U Ultra precedent, we might be looking at July, although honestly, that’s doubtful.

But is that such a bad position to be in? With the U Ultra coming out before the LG and Samsung flagships, and the HTC U coming out after, isn’t there more of an opportunity to pick up those customers who aren’t sure, or aren’t ready to pick up a new phone just yet? The U Ultra could potentially capture the Note starved audience, and the HTC U could pick up those who were willing to wait for the flagship. HTC is casting a wide net here, picking up new customers throughout the first half of the year. That’s not a bad position to be in.

Plus, having two flagship level phones out on the market will cater to a wide audience – much like Samsung, but it can stretch out the hype. Sure, Samsung put out two sizes of phone, but it did so all at once, and aren’t things already starting to die down at this point? We won’t see a Note 8 or LG V30 until late in the year, so HTC won’t have much competition for hearts and minds. Maybe that has been HTC’s strategy all along. It could work.

What do you think? Is HTC making a mistake by having oversized bezels on the U Ultra? Is HTC making a webOS-like mistake by releasing the wrong device first? Think Veer before TouchPad. Or is HTC perfectly positioning itself to pick up the widest audience possible by releasing one phone before and one phone after the LG/Samsung circus. Sound off below and let us know what you think. What strategy would you have followed? Release both at the same time? Release the HTC U earlier? There are a lot of possibilities here, so let’s see if we can figure this out.