Is Apple using “slower” flash storage on the iPhone 7? Probably not…

If you’re buying the base model iPhone, is Apple punishing you with a poorer performing product? Is Apple using “slower” flash storage on the iPhone 7

A recently story popped up from our pals at GSMArena regarding the performance differences between various models of iPhones. Comparing the base model 32GB iPhone 7 against the 128GB iPhone 7 and the 64GB iPhone 6S, they found the base model couldn’t read and write to storage as quickly as the mid tier iPhones. The hypothesis: Apple is using “slower” storage in the base model phones.

Now, it’s tricky gauging overall performance from synthetic benchmarks, and happily GSMArena also included their own video test to confirm the performance deficit, but we’re not entirely sure we’re all arriving at the right conclusion. From testing a handful of iPhones, we think the iPhone 7’s performance is entirely consistent with previous Apple releases, and how flash storage works in general.

Conducting a quick round up with the the 16GB iPhone SE, 16GB iPhone 6S, and the 32GB iPhone 7 (all base model phones) we see very similar read and write performance across all three phones. No appreciable benefit or loss across model years, if maybe an advantage to the newest iPhone for reading data stored on the device. 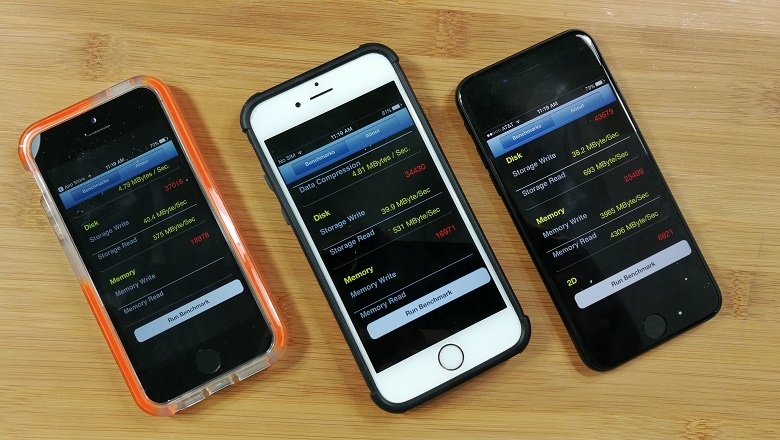 Does this mean Apple has always “punished” people buying the base model iPhones? Sort of? Maybe? Probably not?

The issue might land on how flash storage works, and for that we can look at desktop Solid State Drives. As a general rule, larger SSDs perform better than smaller drives. Is it because larger drives have higher quality “faster” flash memory chips? Nope. It’s because larger drives use MORE of the same chips, and the controller on that drive can read and write more information in parallel. As a poor metaphor, a smaller drive is like having one really nice work truck to move stuff around. If you double the storage, you aren’t doubling the size of the truck, you’re now using TWO trucks to move stuff around.

This is likely what’s happening on the iPhone. GSMArena found an almost eight-fold increase in write speeds between the 32GB and 128GB models of iPhone 7. That’s not inconsistent with the notion that Apple might be using two 64GB chips, or maybe even four 32GB chips (less likely), to increase the storage. We honestly won’t know until someone tears apart a more expensive iPhone, but we doubt Apple has a single 128GB NAND chip in there which can perform eight times better. 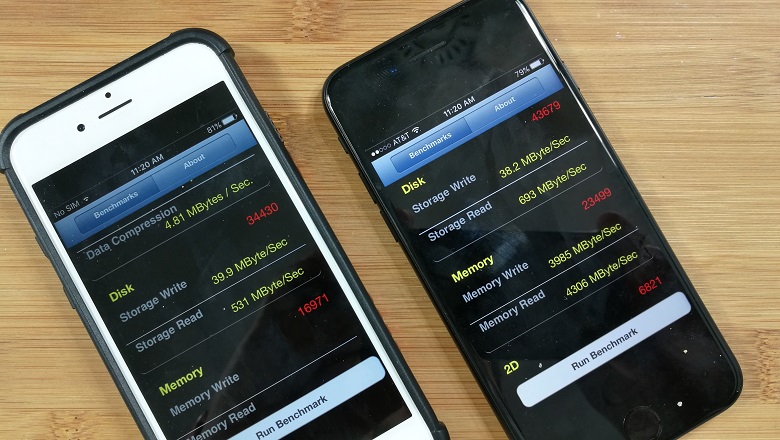 Is it unfortunate that Apple can’t normalize performance across all models of the iPhone? Yes it is. We just don’t see this as much of a scandal given how computers and flash storage work. We don’t see any evidence to suggest that Apple is using “cheaper” components on the base model iPhones. Yet, it’s another example though, where we’re always inclined to recommend people invest in at least the middle tier iPhone, if they can, to really maximize their smartphone investment.

It features a 3D Glasstic back.