The iPhone XR could be responsible for Apple’s sales problems

It seems that the main cause for Apple’s sales problems is the iPhone Xr and how much was expected from this “low-cost” iPhone
Published 07 January 2019, 13:44 EST

Apple is really having a hard time trying to sell its products in recent months. Even its president started to give some sort of explanations to why this is happening. These explanations involved iPhone battery replacements and some other issues. But now, according to the latest report from the Wall Street Journal, the responsibility for this could be the iPhone Xr.

The iPhone Xr was expected to be Apple’s salvation. It was supposed to be a more affordable iPhone that was going to boosts Apple’s sales, but things haven’t gone quite as planned or as predicted by many analysts. The main problem the iPhone Xr has is its price tag. Yes, it’s true that it is 25% cheaper than the iPhone Xs and Xs Max, but it’s still way too expensive for most smartphone users nowadays. We can also include the fact that Apple’s market share has fallen in important countries like China and with its latest problems, it seems it could only get worse. It’s true that it may be a bit too soon to call the Xr a flop, but Apple seems to have had its hopes way too high. It seems that Apple could’ve even manufactured too many iPhone Xr units and these are not being sold as expected. In my personal opinion, lowering prices may be the best way to go, but that’s just what I think. 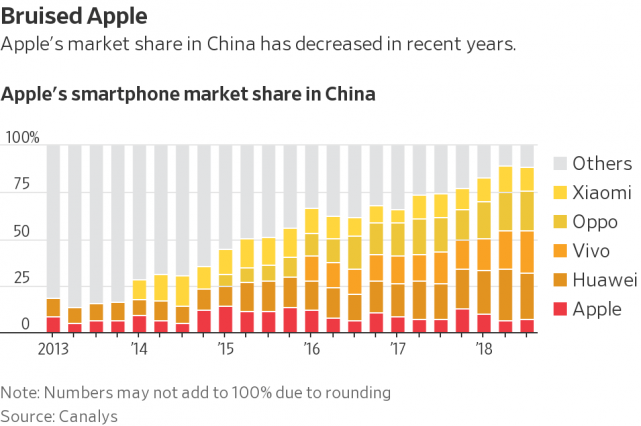