What does it look like to you? Maybe it could be the real iPhone X. Why are we even paying a shred of attention to this anyways?
Published 16 March 2018, 03:45 EDT

A Weibo user has set the scene on fire for iPhone fans looking forward to the next small device to replace the iPhone SE.

A short video, picked up by Macotakara, gives viewers a tour of what is purported to be the iPhone SE 2. That’s it: just the name next to a video lasting 36 seconds.

To be mindful, analyst notes and previous rumors have claimed that the phone would retain a lot of the metallic iPhone 5s aesthetic that the original SE had, but would be just a little bit bigger. Check the video out for yourself at the source link below this story. 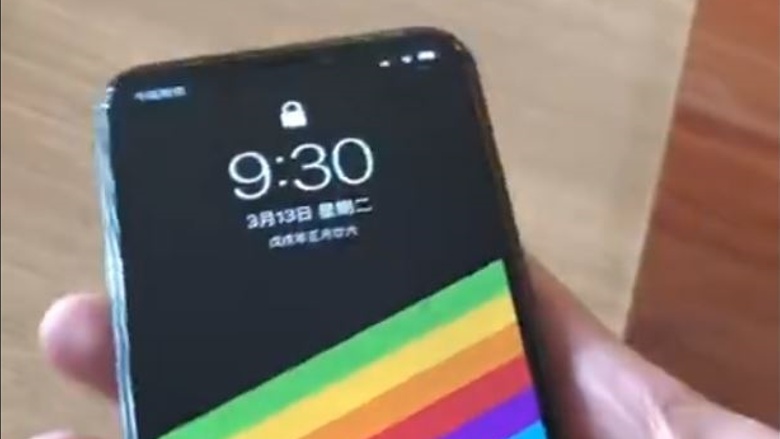 In any case, the device looks to be more iPhone X — with the notch on top of the display to the vertically-oriented dual-camera module on the back to the look-alike iOS software. Cursory passthroughs show that the device looks to have an alert switcher and some sort of charging port, though it’s not at all clear if it’s Lightning. In fact, the device shown could just as well be an iPhone X, if there was only some Face ID activity in the clip.

Perhaps all of us are looking at one big joke. After all, Android phones from lesser-known brands typically milk the Apple aesthetic as best as possible to gain some sort of notoriety. There are even some that do a stupid good job at it.

OnePlus’s upcoming flagship phones, the OnePlus 9 and OnePlus 9 Pro will not have a periscope camera.

It is said to go official in early April or March end.