Pearl ID, aka Face Unlock, on the upcoming iPhone 8 is truly starting to sound like a competent Touch ID replacement. That 4K Apple TV is exciting too.

We’re officially starting week 2 of the great HomePod firmware reveal bash, and believe it or not, the leaks just keep on coming like nothing we’ve seen before. Although an unreleased product’s source code will often contain references to features and technologies still being tested, there’s every reason to believe most of what’s come to light this past week is essentially ready for primetime.

You can probably bet the house on the iPhone 8 looking like that sketch discovered in the HomePod’s own OS, as well as Face Unlock or Pearl ID functionality, improved screen resolution, wireless charging, something called SmartCam and, as crazy as it sounds, 4K video recording support at 60 fps for both the handset’s rear and front cameras.

With Touch ID fingerprint recognition more and more likely to be left out, Apple may need to take quite a gamble on facial authentication. No wonder developers keep digging up after relevant information, most recently finding possible evidence regarding “Resting Pearl Unlock” capabilities. 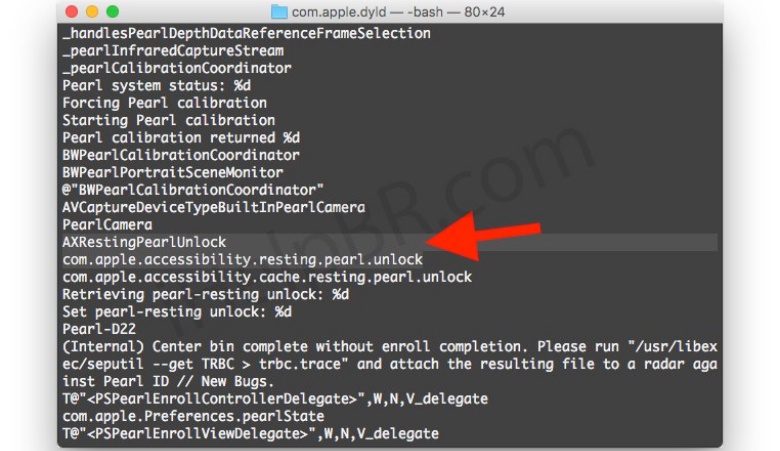 That probably means you’ll be able to unlock your iPhone 8 in complete security and at top speed even when the device lays on a table or other flat surface, away from your face. Pretty cool… and practical, not to mention “Pearl ID” could also work in third-party apps and support an “auto-lock” feature of sorts, presumably for enhanced security.

Meanwhile, it looks like that long overdue 4K HDR-enabled Apple TV has been “confirmed” as well, supposedly breaking cover sometime next month, alongside a trio of new iPhones and possibly also an Apple Watch Series 3.

The fifth-generation media streamer should be able to play both HDR10 and Dolby Vision content, but more importantly, it’s going to bring your 4K selfies to the big screen in the living room at full quality.