If you live for pictures of logic boards and silicon, — not silicone — then we have something more exciting than the pants on fire iPhone 8 speculation.
Published 24 August 2017, 23:40 EDT

Bypassing jokes about what’s in Tim Cook’s pants (while intolerably glib, yes, it’s safe for work and about the iPhone 8), if you’re turned on by plastics, metals and silicon, get ready to enjoy a couple of fresh images of what may be inside the iPhone 7s.

First to a supposed leak from controversial artist Benjamin Geskin of the iPhone 7s’s logic board. He suspects that there’s room for the Apple A11 chipset in this mess of pins and we’ve been trying to match up potential part footprints based on the below picture. There’s historically been little doubt that Apple will evenly stock all three iPhones with its latest A-series SoCs, so the good money’s on the A11. 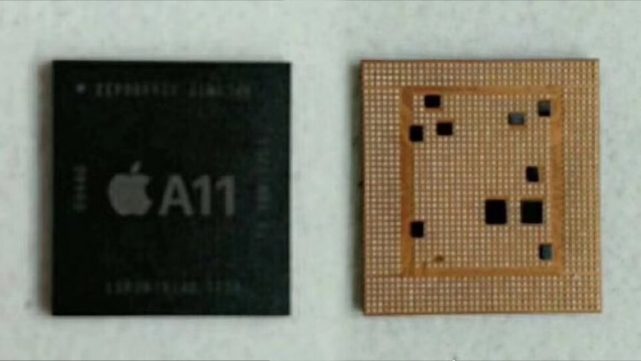 On the back half of this post is a smattering of photos of what may be the iPhone 7s’s display assembly. Weibo’s Kdeep posits that it’s this display that will bump the thickness of the phone to 7.21mm, up from the iPhone 7’s 7.1mm. It’s not clear if the unit seen here will be a True Tone-capable LCD as seen on iPad Pro tablets.

You can also see the obviously retainment of Touch ID below the display of the device. The premium model iPhone 8 should see Touch ID eviscerated altogether in favor of more display space and facial biometric authentication.

Current speculation hints at a launch event for the iPhone 7s, iPhone 7s Plus and iPhone 8 to be set for September 12.

It could be launched alongside the Find X3 Pro in March.