The smartphone market as a whole gravitates toward Android for providing options on many more levels than Apple could ever want to offer. But when it comes to the phone that strikes at the consumer at this moment, it has to be the iPhone 7.

ScientiaMobile has a raft of new information in its Mobile Overview Report for the fourth quarter. The report covers various topics such as how often viewers will rotate their vertically-oriented device when viewing landscape video and smart TVs. The full document as well as its data-gathering methodology is linked below this story. In the meantime, we’ll be poring over numbers for North America. 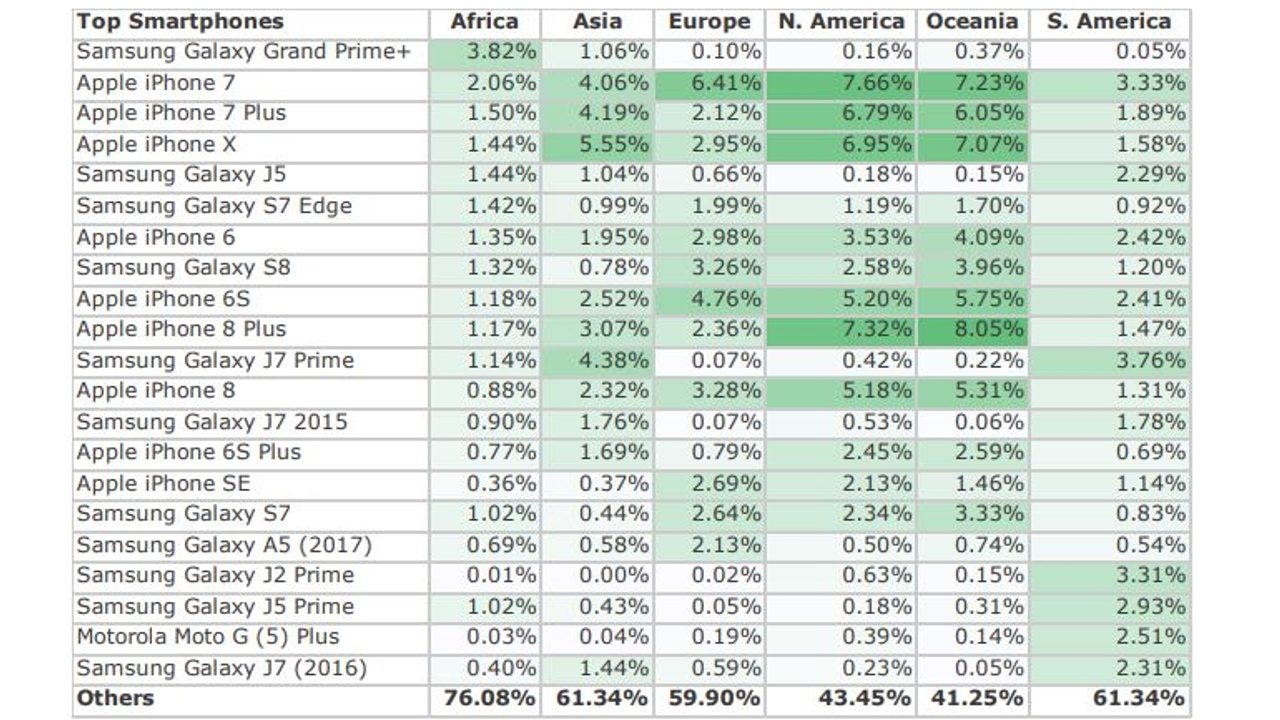 From web traffic analysis, we find that 7.66 percent of smartphones in active use across the continent are the iPhone 7. The iPhone 8 Plus, iPhone X and iPhone 7 Plus followed, each with around 7 percent share. The iPhone 6s followed at 5.2 percent, just ahead of the iPhone 8 at 5.18 percent. It takes getting past the iPhone 6 to see our first Android entry, the Galaxy S8, with a read of 2.58 percent.

Out of all the spots with share readings above 1 percent, Samsung placed three of them toward the bottom end while Apple placed nine.

In terms of ownership trends, the only mentioned Android phone that gained any share from the third quarter was the Galaxy Grand Prime+ with a difference of 0.05 percent. The iPhone 8 Plus had a gain of 63 basis points, the iPhone X rose by 72 points and the iPhone 8 jumped by 80. 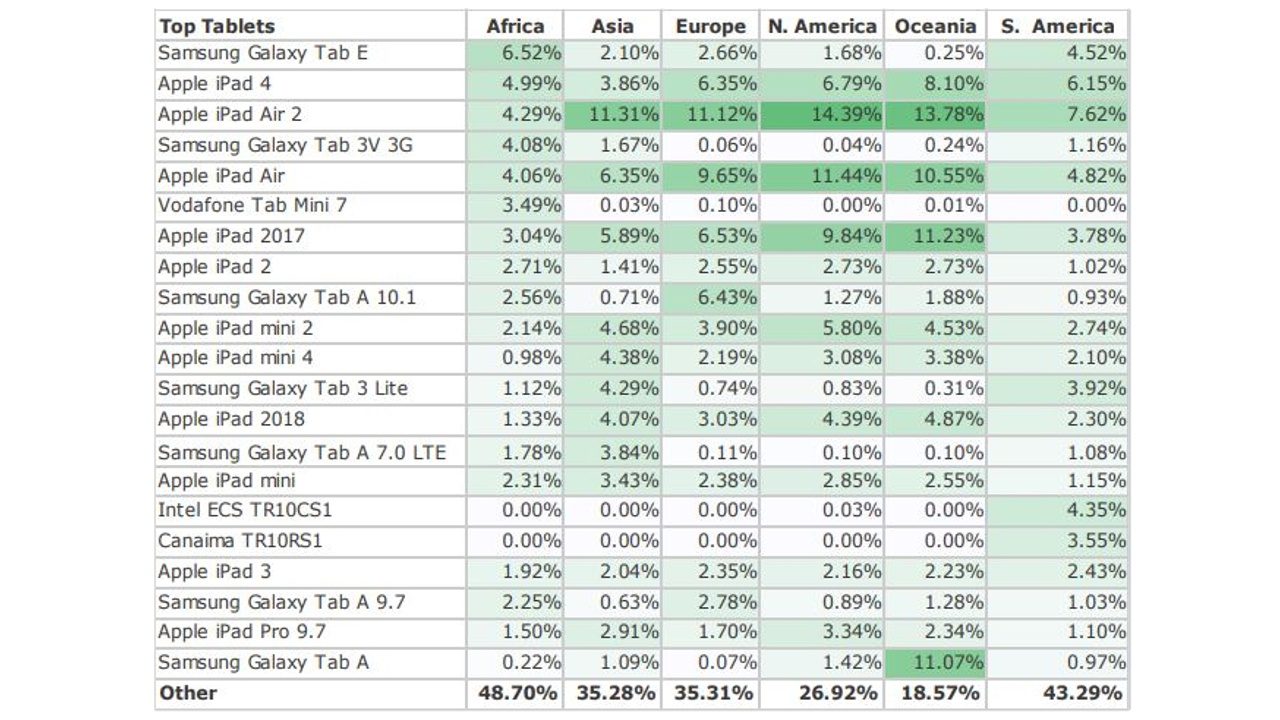 A similar story can be told in the tablet category: North America’s top 11 tablets were all iPads with the iPad Air 2 leading the way with a 14.39-percent market share. Only one iPad Pro model, the 9.7-inch size, got mentioned in the report — it scored 3.34 percent. The Galaxy Tab E, Tab A and Tab A 10.1 followed with more than 1 percent apiece. The latest-generation iPad 9.7 is gaining the most ground in the continent with a 1.77-percent share jump from the third quarter.

While adoption towards the latest version of iOS has slowed slightly over the years, more than 85 percent of users are on version 11.4 or later — contrast that with the 41 percent of Android users who are on Oreo or Pie.