Are the iPhone 7 Plus dual cameras we’ll see on this fall’s Apple phablet? They sure are a good match for earlier leaks.
Published 04 April 2016, 16:53 EDT

Apple’s next iPhone is likely to do a lot of things differently, as we’d only expect from a year where Apple doesn’t pull any of this “s” action and actually bumps its model number up to 7. That could include stuff like an edge-to-edge display with no side bezels, new look for the phone’s antenna stripe, or dropping the familiar analog headphone jack in favor of a digital Lightning-driven listening solution. One of the biggest rumors we’ve heard suggested for Apple’s iPhone 7 design has been the idea that the manufacturer could introduce a wildly new camera design, outfitting at least a portion of its iPhone 7 lineup with dual rear-camera sensors. Today we’re checking out some leaked pics purporting to show us just that hardware, giving us a close-up look of that dual-sensor component.

Just a few weeks back we saw a similar leak of imagery attempting to out the iPhone 7’s dual camera, and these new shots sure appear to be the very same part. The model numbers are blurred out here, but not so much that we can’t tell that their general shape is a very strong match for those existing pics. Beyond that, the structure of the parts shown here is quite consistent with earlier imagery.

What about the single-lens camera in some of these pics? Well, it sure looks like the camera currently on the iPhone 6S, but if that’s the case, why go to the bother of obscuring its model number as well? We suppose it’s possible that the component pictured here is supposed to be the camera on the regular-sized iPhone 7, as multiple reports have suggested that the dual-camera setup could be a feature reserved for the iPhone 7 Plus, but we’re really not sure, and our best efforts with translation of the text accompanying these pics haven’t resulted in any extra insight. 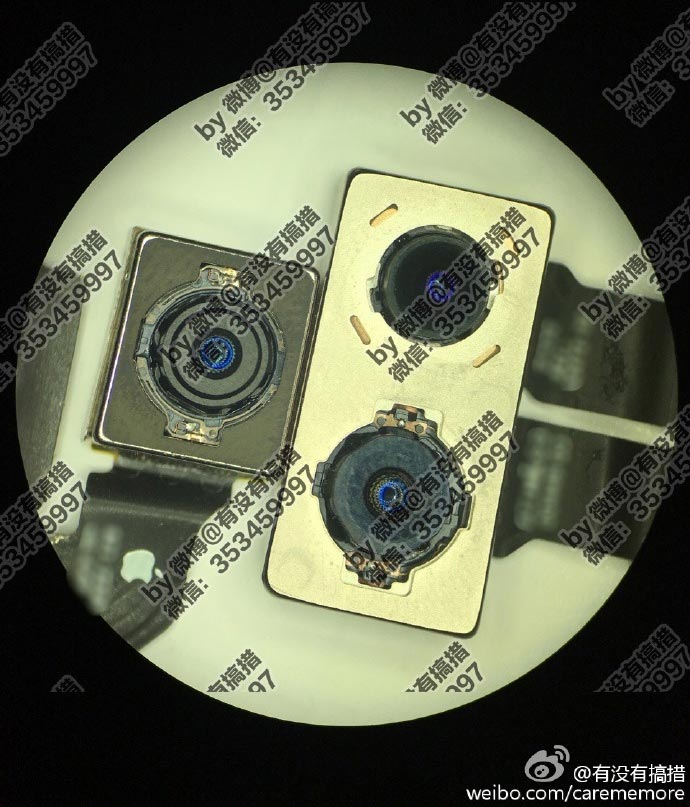 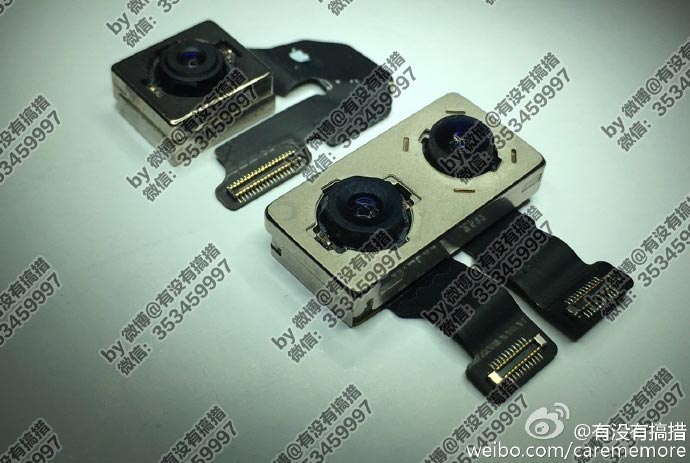