Apple had a pretty great July – September quarter, pulling off an easy volume win over Samsung in the US smartphone market while considerably boosting its Chinese shipment figures and retaining the number two position on the global podium.

That all happened before a single iPhone X could ship to an end user, and it also defied bleak characterizations of early iPhone 8 demand. It was therefore safe to assume the iPhone 7 stood out as the company’s star performer during the year’s third calendar quarter.

Still, we never imagined it was this easy for the 2016 release to dominate the Q3 2017 charts. According to fresh Canalys estimates, a whopping 13 million iPhone 7 units were shipped worldwide in the three months ending September 30, more than the combined tally of both Galaxy S8 variants. 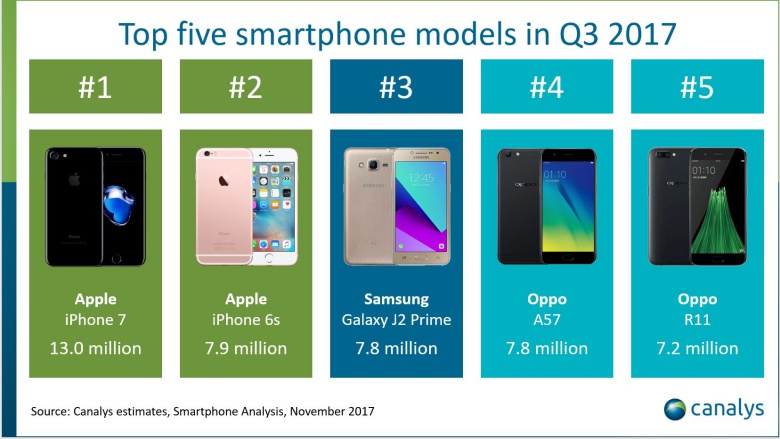 Believe it or not, the S8 and S8+ didn’t make the top five smartphone models list for Q3, falling behind Apple’s even older iPhone 6s, the humble Samsung Galaxy J2 Prime, as well as the OPPO A57 and R11 that are largely unknown to Western audiences.

The S8 duo did rack up a total of 10.3 million shipments, while the Note 8 sold a “solid” 4.4 million copies. Modest J-series devices remain incredibly popular in India and the Middle East, though Samsung may need to start worrying about certain AI and AR advancements made by rival flagships. 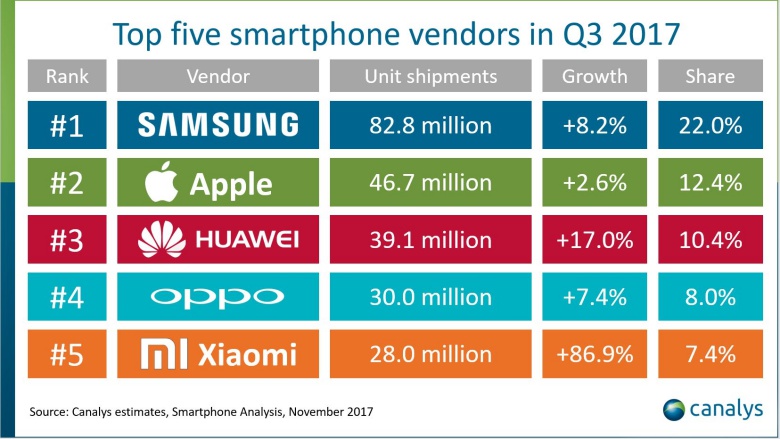 Interestingly enough, there’s no mention of the iPhone 7 Plus in the latest Canalys report, with the 8 Plus instead selected as one of the quarter’s surprising standouts. This was apparently the first “iPhone Plus model to out-ship its smaller sibling in a single quarter”, at 6.3 million vs. 5.4 mil units for the non-Plus iPhone 8. That doesn’t sound like a dud after all.

As per the rumors, the Pixel 6 series seems to be a flagship lineup, which will be launching after Google’s hiatus of a year from the flagship segment.
YouTube 1.8M
Facebook 570K
Twitter 197K
Instagram 133K
RSS