A trio of third-party Apple iPhone 7 and 7 Plus cases are listed at an online retailer ridiculously early, “confirming” a dual cam on the larger variant.

While Apple historically followed every major “tick” step in the iPhone release cycle with a lesser “tock” revision, all signs seem to point to 2016 being the second consecutive “tock” year after 2014 brought us the first ever “iPhablet.”

That’s one of the reasons the global market share of iOS is expected to shrink compared to 2015, though just because Cupertino doesn’t intend to adopt OLED screen technology or an all-glass design yet, it doesn’t mean the iPhone 7 will be identical to its predecessor.

Both internally and externally, significant changes are reportedly being cooked up, a few of which appear to gain further credibility today, courtesy of new case leaks. Actually, “leak” isn’t the right word, since the three fishy Sunnyc iPhone 7 and 7 Plus accessories can be freely admired on Oppomart, with one of them even available for pre-orders and said to be shipping “at end of June.”

If you put on your skeptical hat, but acknowledge it’s possible we’re looking at authentic cases built for the unreleased and unannounced iPhone 7 pair, the first thing you’ll notice is the mocked up dual camera on the back of only the Plus variant. 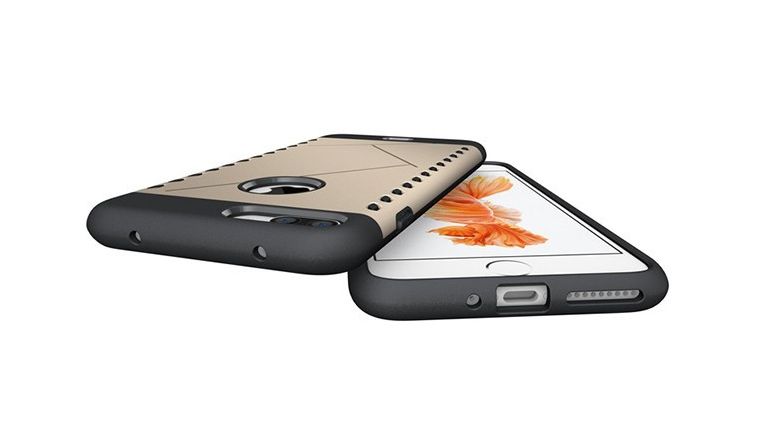 That fits perfectly with recent chatter, and kinda sorta resembles the fancy rear-facing optics arrangement of the Huawei P9. The iPhone 7 Plus protective cover also leaves an opening for a so-called Smart Connector with 3 pins, but “forgets” about the rumored quad-speaker sound system.

The traditional headphone jack is noticeably absent from at least the same 5.5-inch Plus configuration, while other speculated specs, like 32 and 256GB storage options, water resistance, optical image stabilization, and edge-to-edge display are obviously impossible to corroborate by checking these dubious renders out.