Apple announces iPhone 6 and iPhone 6 Plus

Apple has just announced the iPhone 6 and the new iPhone 6 Plus.

IFA 2014 has passed its mobile launch baton to Apple, and today in California, with members of the press in attendance at the Flint Center and millions of Apple fans watching at home, it’s time to announce the company’s latest products and services.

With Tim Cook beginning the event with promises of “the biggest advancement in the history of iPhone,” our attention is piqued. Wasting little time, we get right to the meat of today’s event, as Apple announces the iPhone 6 and iPhone 6 plus. 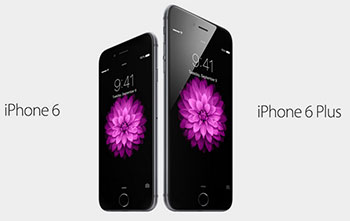 The iPhone 6 is our 4.7-inch model, while the iPhone 6 Plus is the 5.5-inch version. The resolution of the former is 1334 x 750, while the later comes in at a full 1920 x 1080. The screens feature dual-domain pixels for extended viewing angles, and provide full sRGB gamut coverage.

Both models are thinner than the current iPhone 5S, with the iPhone 6 measuring just 6.9mm thick, and the iPhone 6 Plus 7.1mm. At the heart of each model is Apple’s latest-gen SoC, its A8 chip. We’ve come a long way from the original iPhone, and with this A8 chip, the iPhone 6 performs up to 50 times faster than that first-gen model. Helping that A8 out is the new M8 coprocessor, gathering motion data from the phones’ sensors.

As rumored, Apple’s introducing a special new landscape view for the iPhone 6 Plus, in order to best take advantage of all that screen real estate. 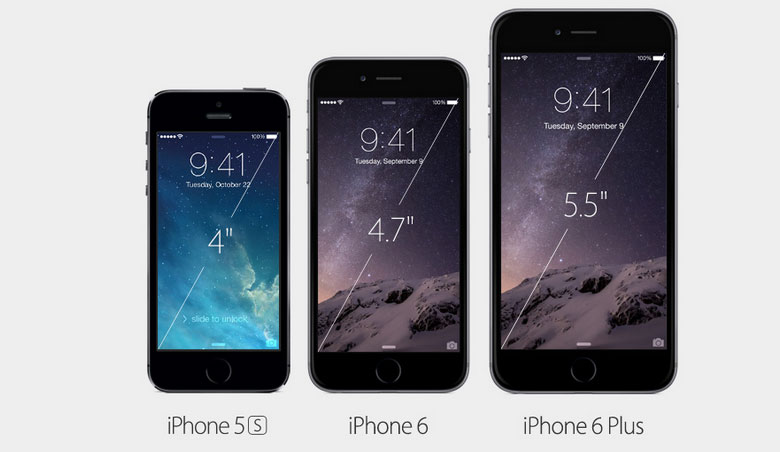 Band support improves with this new generation of iPhone, supporting more LTE carriers than ever before. More than that, it’s also capable of higher-speed data, and now natively supports voice over LTE.

Next on the docket is camera performance, with the iPhone 6 sporting another 8MP main. The iPhone 6 Plus manages to add optical stabilization, but that appears to be absent on the iPhone 6’s camera. We’ve got an f/2.2 aperture again this year, but the sensor itself is supposedly all-new. The new camera implements a feature called Focus Pixels, designed to speed-up auto-focus performance and allow for continuing focal adjustments. The combination of that, Apple’s latest camera software, and a custom image signal processor promise to deliver some of the best iPhone picture quality yet. 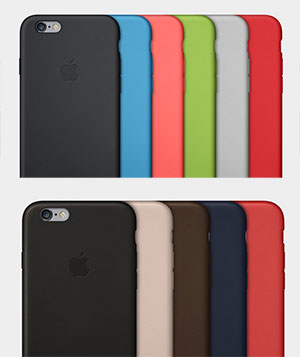 The iPhone could capture slow-mo video before, but the iPhone 6 dials things up a notch, supporting capture not just at the 120fps it used to, but a new 240fps mode.

Burst mode will capture individual pics at rates up to 10 per second, and a single-shot HDR mode will take advantage of the new camera sensor to grab that extended-range pic when the conditions are perfect.

On the accessory side, Apple has revealed six colors of silicon cases for the iPhone 6, as well as five leather options, available for both the iPhone 6 and 6 Plus.

Both sizes of the iPhone will be available in the same three colors: gold, silver, and space gray.

The arrival of this new hardware will also affect existing iPhone 5-series pricing. The 8GB 5C will go free-on-contract, while the 5S will stick around starting at $100.