When will iPhone 6 sales begin? A new leak gives us some insight into iPhone 6 carrier plans.
Published 05 September 2014, 18:26 EDT

We’re four days away September 9, when Apple will do its darnedest to have us forgetting IFA and instead turn all our attention to the latest iOS launches. Exactly what will be on the menu has been a point of contention for months, and as sources go back and forth over our chances for seeing new tablets and wearables (as opposed to getting them later this year), there’s little doubt in anyone’s mind that we’ll get at least one new iPhone 6 model. Taking that much for granted, what happens next – when might the iPhone 6 actually be available for sale? We’ve talked about some possibilities before, and now we’ve got a carrier weighing-in on the subject too, though even it sounds a little unsure.

A source with ties to a major US carrier provided us with the image below, seeming to reveal plans for a heavier-than-average sales period beginning September 19. That’s a date we’ve heard before for rumored iPhone 6 availability.

Then again, this document may not come from that high up on the food chain – certainly, we’d expect that carrier staff who need to know are already well aware of iPhone release plans, and this may simply be the result of someone out-of-the-loop reacting to the same rumors we’ve heard ourselves. We also need to note that it doesn’t explicitly name September 19 as the release date, but only mentions that sales might begin in the window between then and Saturday of the following week.

Hopefully, we’ll have a firmer ETA shortly, as Apple’s own confirmation arrives. 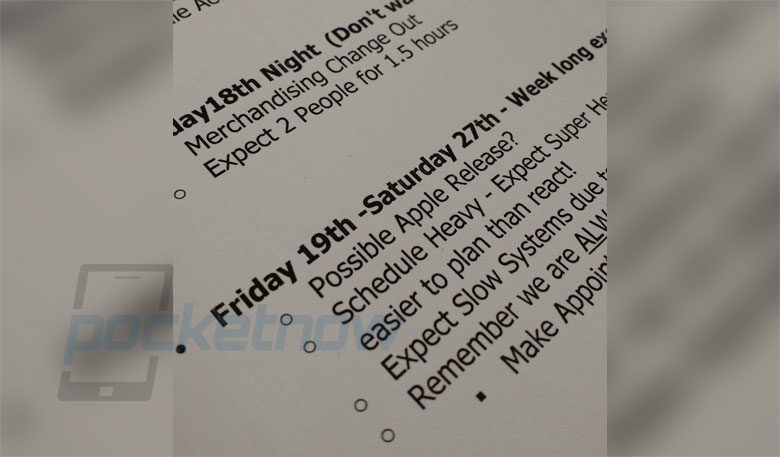