With the iPhone 6, Apple has become a ‘me, too’ company

Is the iPhone 6 an indicator of a lack of Apple innovation? Read why the iPhone 6, iPhone 6 Plus, and Apple Watch make Apple feel like a “me, too” company.

A time not too far into the past, Apple’s mobile products were the gold standard of the industry. The iPhone dictated the direction of the coming year, and it was one of the few smartphones with incredible design and a consistent and reliable user experience. Further, tablet-optimized applications were made almost solely for Apple’s iPad.

However, Apple has been slow to update its software, hardware innovation has almost slowed to a crawl, and other OEMs are closing the gap in many areas – tablet market share, tablet-optimized apps, and even customer satisfaction. 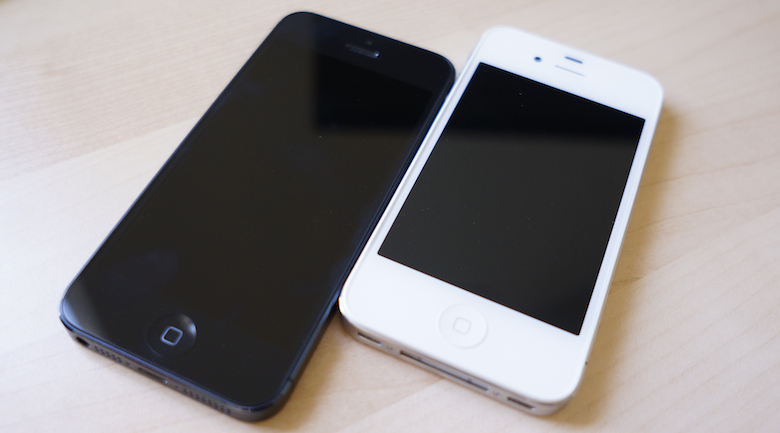 Apple got comfortable. Just take a look at the past four iPhone iterations. It introduced a new design with the iPhone 4. It was flat, unlike the 3G and 3GS before it. It was slim, sleek, and beautiful – glass on both sides. It was daring. The iPhone 4S looked almost identical, save for the updated antenna to accommodate for the data drop-off issue more widely known as Antennagate. The iPhone 5, despite Apple stating it was brand new and redesigned from the ground up, was a taller, slimmer version of the iPhone 4S. More vertical pixels were added to maintain the Retina Display qualifier, it received a newer chip, and a better camera. And the iPhone 5s was a iterative upgrade to the iPhone 5, only introducing a 64-bit SoC, fingerprint scanner, and a few other odds and ends that didn’t really change the overall experience much.

None of this is to say any of the iPhone iterations have been bad. They haven’t been perfect, but each model has been a cautious step, a calculated improvement so marginal it’s difficult to recommend users to upgrade from last year’s model. This was good because it kept consumers on a two-year upgrade cycle happy, but it also allowed practically every other smartphone manufacturer to surpass Apple in many ways – specifications, usability, functionality, and especially desirability.

Aside from almost every high-end Android smartphone being upgraded to at least 2GB of RAM, up to 64GB of storage, many with microSD card slots, high-res cameras (often with optical image stabilization), insanely fast quad-core CPUs and multi-core GPUs, in this time, the average Android smartphone grew from around 3.7-inches to now well over 5-inches.

Meanwhile, Apple maintained that its 4-inch display was the most logical screen size around, that it fit the human hand perfectly and could easily be used one-handed. This is why the iPhone 5 was only taller, not wider, than the 4S. That’s why, from the very start of the larger iPhone rumors, it never seemed terribly practical. A 4.7-inch iPhone sounded highly unlikely and the thought of a 5.5-inch iPhone was preposterous. 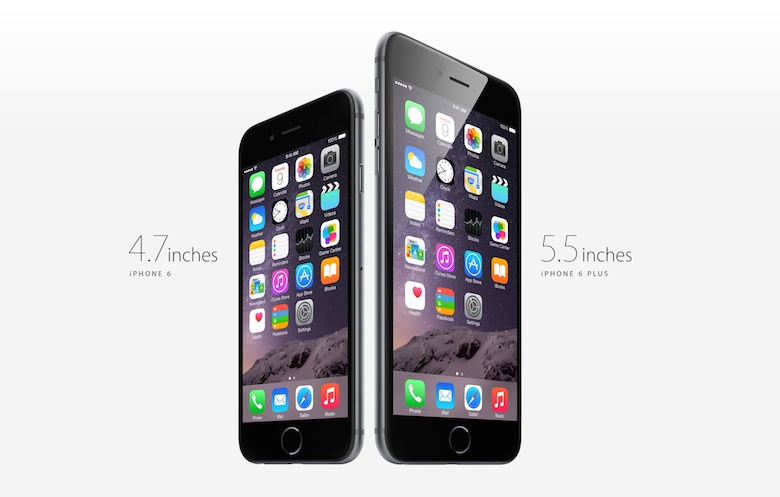 However, after Apple’s iPhone 6 event yesterday, it’s apparent that the Apple we once knew has slumped into a “me, too” company.

From the size of the iPhone 6 Plus to its display resolution, it’s more like any other high-end Android smartphone than any other Apple product has ever been. 5.5-inches with 1080p resolution is an increasingly common spec for high-end Android handsets. The Oppo Find 7a and OnePlus One both feature 5.5-inch 1080p displays. 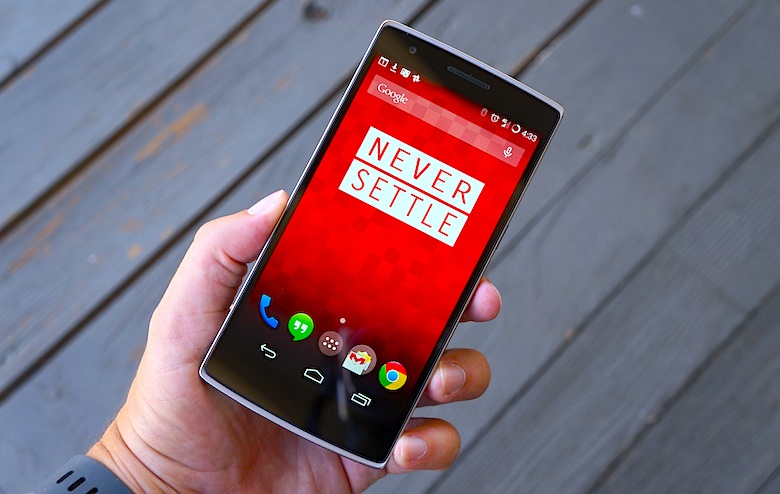 Even more common than that is 4.7-inches. The HTC One X, One M7, Moto X, LG Optimus G, and countless other popular smartphones over the years have come with 4.7-inch displays, both with 1080p and 720p resolutions.

None of this is to day Apple made the wrong choice to go larger or choose smartphone sizes that are increasingly popular among consumers. It’s actually very smart. The difference between a 4.7-inch and 5.5-inch display is large enough to justify two different sizes and should provide enough size disparity to appease users with both large and small hands.

However, my point is that Apple is becoming more brave… because it has to. And rather than being at the forefront of innovation, it’s following other manufacturers.

Take the iPad mini, for example. The late Steve Jobs condemned smaller tablets, stating they would need to come with sandpaper so users could file down their fingertips to points so they could use them. However, other OEMs, such as Amazon and Samsung, found some success in the smaller tablet market. Apple followed.

The wearables market is a bit different, though. Everyone is just getting into wearables and the industry needs someone to shake it up – something Android Wear, Pebble, Samsung’s countless Gear watches, and the dozens of other forgettable smartwatches have failed to do. The Apple Watch isn’t anything particularly amazing (and it’s not much to look at), but it will build a platform for the launch of new wearable functions all around, which is both necessary and great for wearables as a whole. Few will argue that Apple will bring attention to the wearables market – all will benefit. 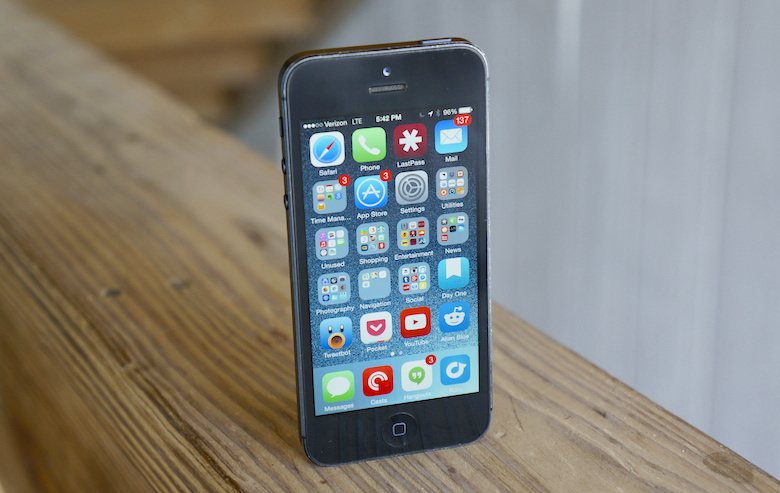 This very same theme can be found in the software, though, like third-party sharing, third-party keyboards, and even Control Center and Notification Center, all of which were features on Android years ago.

This isn’t me pointing out that Google and Android OEMs were first, but rather Apple has lost almost all of its originality, particularly in the smartphone market. The biggest differentiation is how Apple does one-handed mode (a double-tap of the home button shifts the top half of the UI down to the middle) and the like.

Don’t get me wrong, I’m not complaining. I quite like that the iPhone 6 Plus is 5.5-inches. I’ve been begging for a larger iPhone for over three years, as well as third-party sharing, and a host of other features. Apple has seemingly done it all, but all in the most unimaginative way ever. And of course, all the while, it’s being pitched to us like “displaying more on a single page” is something totally new with the tagline “Bigger than bigger.”

I’ll be pre-ordering the iPhone 6 Plus on Friday – no question. I may even opt for the 64 or 128GB models. I haven’t decided yet. But Apple is certainly losing some of its pizzaz. It’s just that this lack of true innovation begs one question: how long until Apple pulls a BlackBerry?