Find out what’s new from this year’s Apple smartphones, as the iPhone 5S and iPhone 5C both get publicly revealed.
Published 10 September 2013, 13:37 EDT

The day has come: almost a solid year since we saw Apple unveil the iPhone 5, the company is ready to introduce the next iterations in its smartphone lineup, and today in Cupertino has just gone official with the latest devices to wear the iPhone name, the iPhone 5S and iPhone 5C. 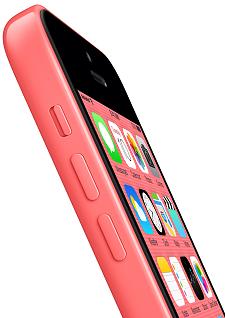 Rather than playing second fiddle, Apple actually led with the iPhone 5C announcement, showing off the phone in its five launch colors. The hardware features a seamless construction, an internal steel structure, and a reinforced polycarbonate shell.

The phone runs an A6 processor, has a four-inch Retina display, and an eight-megapixel main camera. Its radio supports global LTE bands – more than anyone else, Apple says – and the phone will be available in 16GB and 32GB configurations. 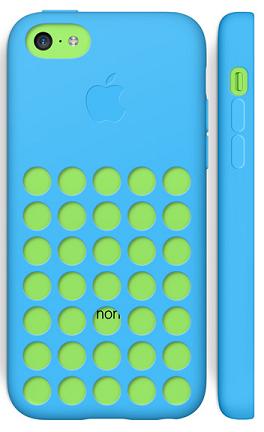 Augmenting the phones’ colorful designs will be a number of official cases, with their own bold colors and cut-outs to reveal the 5C hue underneath. Mixing and matching will offer users the chance to help personalize their phones.

With the 5C now revealed, Apple turned its attention to this year’s main model, announcing the iPhone 5S as “the most forward-thinking phone we’ve ever created.”

As it turns out, we’re getting three color options, not four, revealed as gold, silver, and “space gray.”

Unlike the A6 in the 5C, the 5S gets the latest and greatest Apple SoC, the 64-bit A7 (bring on the confusion from the ARM camp). iOS 7 will take full advantage of this new chip, with a 64-bit kernel and support for 64-bit apps, ready to harness its full power. Ultimately, Apple says this new SoC is twice as fast as what we know to expect from last year’s iPhone 5, and 40 times as powerful as the first iPhone. Graphics performance is supposed to show similar improvements. 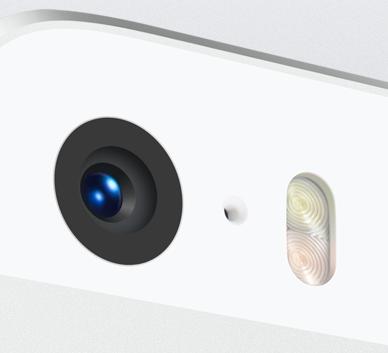 The A7 is joined by what Apple calls the M7, a chip designed to handle sensor input and enhance the capability of things like fitness apps, which rely on this kind of data for their accuracy.

The camera in the iPhone 5S has a sensor with 15% more surface area than the iPhone 5’s . There’s also a new five-element lens and an f/2.2 aperture, compared to last year’s f/2.4.

Sure enough, there’s that new dual-element flash we saw in leaks, which Apple is calling True Tone. It’s able to match its output to 1,000 different color temperatures to create the most natural-looking illumination. We also hear about image stabilization, but it doesn’t sound like Apple’s talking about a real, optical system.

We also get a burst mode, grabbing ten shots a second, with automatic identification of the best ones, as well as the rumored slow motion video support, thanks to the ability to record 720p material at 120FPS and later play it back at 1/4 speed.

Next up it’s Touch ID, the official name for the fingerprint scanner we just saw leaked. The hardware has a resolution of 500ppi, can scan at a sub-epidermal level, and is embedded in the home button, protected by a sapphire crystal. Apple only touched on its uses, but reveals deep iOS 7 integration, and mentioned features like the ability to use your fingerprint to authenticate iTunes purchases.

Pre-orders of the 5C (and the only the 5C) will start on September 13. One week later, on September 20, both the 5S and 5C will go up for sale on a global scale, with the hardware becoming available in the US, Australia, Canada, China, France, Germany, Japan, Singapore, and the UK. By the end of the year, that list should grow to include 100 countries.