Check out what could be parts to a couple upcoming iPhone models.
Published 28 January 2013, 11:01 EST

Anyone who followed the rumors leading up to the release of the iPhone 5 will remember the dozens of leaked component images we saw in the weeks and months before its launch. What first started out as just a few discrete parts later saw the arrival of case elements, and eventually we had enough to put together a pretty good look at the actual assembled hardware. So far, when it comes to the iPhone 5S, iPhone 6, or whatever Apple ends up calling the potentially multiple new iPhone models on the horizon, we’ve heard plenty of rumors, but not much had arrived yet in terms of hardware pics. Today we get a look at what may just be components to a couple of Apple’s upcoming models.

What we’ve got here is what looks like the speaker housing for two unknown iPhones. As you can see from the insert, they both share some degree of resemblance with the iPhone 5’s component, yet each differ in their own ways; the one on the left, especially, marks a pretty big departure from the current design, while the one on the right is noticeably thick.

We can’t yet say just which of the many rumored next-gen iPhone models these parts belong to (those iPhone 5S and 6 labels are admittedly just placeholders), but supposedly at least one of them would launch in the spring, with another coming later this year. The source who first provided these images has apparently gotten cold feet, expressing regret for having shared them so openly, and while that doesn’t necessarily speak to their provenance, it definitely gives us the impression that there’s a chance these could be the real deal. 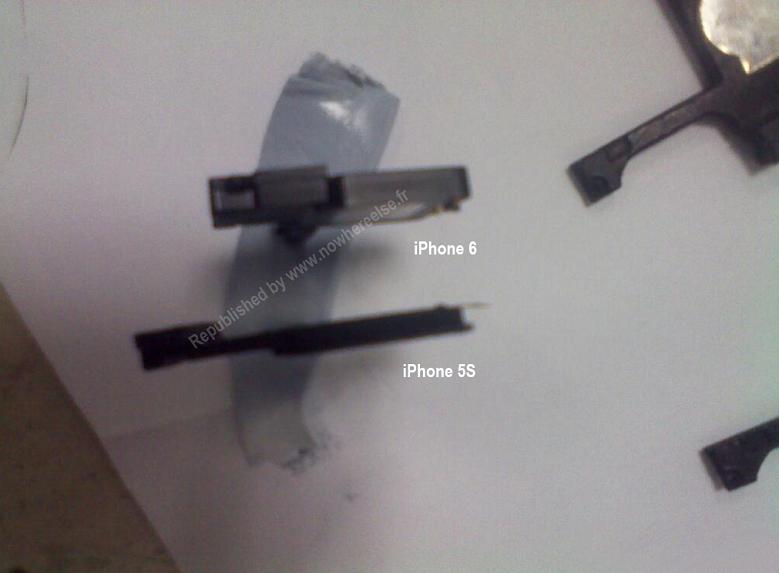