The iPhone 5C was meant to be affordable, and iOS 7 a much-needed software refresh. Read why the iPhone 5C price misses the mark and iOS 7 is disappointing.
Published 10 September 2013, 17:00 EDT

For those who couldn’t see it coming from a mile away, Apple unveiled a new product today – two new products, actually. The iPhone 5S and iPhone 5C.

Rumors have pointed to the production of a cheaper, colorful iPhone for months now, as Apple can’t seem to keep a lid on things anymore. As it turns out, the rumors were exactly spot-on. And the iPhone 5C is practically a cheaper version of the current iPhone 5. It features the same A6 chip, 1GB RAM, roughly the same battery life, the same display, either 16 or 32GB of storage, and a solid polycarbonate shell.

And anyone who thought that would leave room for a significantly improved iPhone 5S was likely sorely disappointed by today’s announcements. The iPhone 5S comes with two notable improvements: the 64-bit A7 chip and a physically larger 8-megapixel sensor for the iSight camera. It also comes with the M7 “motion coprocessor” for health and fitness tracking, an improved LTE radio, and an additional color option – Gold.

The only truly new feature announced for the 5S is the fingerprint scanner with the Touch ID companion app. The metal ring around the new home button confirms finger contact is made, and the 500ppi resolution scanner will sense your fingerprint from any angle to bypass your lock screen PIN.

In typical fashion, Apple called the iPhone 5 “the most forward-thinking phone” it has ever created. But are either of these new iPhones really all that impressive or, well … new?

My immediate reaction is no. They aren’t.

The iPhone 5S has a place in this world. It’s the same, marginal, annual update to the previous year’s model we’ve come to expect from Apple. The iPhone 5S is everything we knew it would be: incremental, much of the same, yet just new enough to wow some and appease the rest.

For months, the iPhone 5C was rumored as a cheaper model iPhone, something that would widely appeal to emerging markets. Granted, these were just rumors. And while it didn’t make sense to me at first (it still largely doesn’t for the US market, which heavily relies on subsidies), once I took my US blinders off, I realized what many of my international friends had been saying all along: the iPhone 5C could be a large step in a new direction for Apple.

Emerging markets are heavily dominated by cheap smartphones.  Windows Phone’s most popular smartphone right now is, surprisingly, not any of the flagship models. It’s not the Lumia 1020, 920, or ATIV S. It’s the Lumia 520, a phone that sells for under $200 without a contract for only a small compromise in specs and performance.

The iPhone 5C was believed to compete with that, to be somewhere in the range of $350 sans contract. And that would have been very awesome for a lot of people.

Instead, Apple killed the iPhone 5 altogether, replaced it with an entirely new phone, the iPhone 5C, priced it at only $100 less than the flagship iPhone 5S (on or off-contract), and kept the iPhone 4S. What? Why Apple didn’t kill the last remaining iOS device with a 30-pin connector is beyond me. I fully understand why the iPhone 5 was killed, at least in terms of simplicity – it would cannibalize the 5C. But why not simply create an 8GB iPhone 5C, sell it for free on-contract, and kill the iPhone 4S?

I digress. Hardware and devices should have been the least of Apple’s concerns.

Apple, in the last year, did just a couple notable things in terms of software. It addressed the much-needed UI improvements with a love-or-hate, colorful interface, it added Control Center for settings toggles, and it made the entire iWork suite free. All three of those things are major, welcomed improvements. 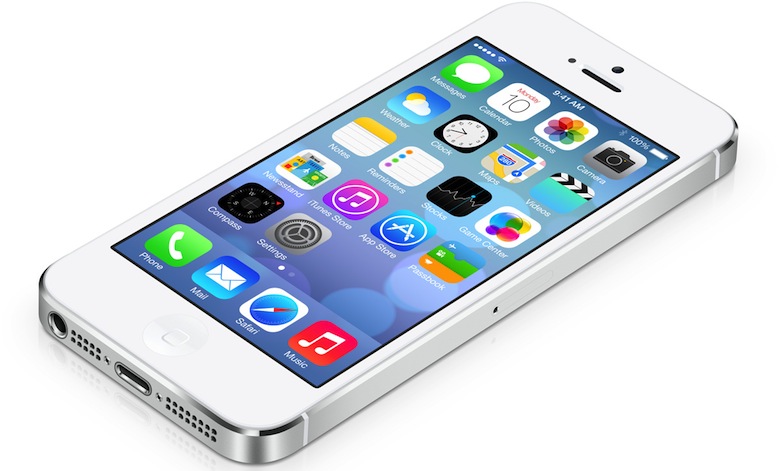 But once the novelty of the new interface wears off, one thing is very clear: the operating system hasn’t really changed … at all.

It’s still just as long in the tooth as it was before. And it still reeks of the antiquated ways of computing in 2007, where every application is sandboxed and forced to do everything the Apple way. The user cannot define default applications for certain tasks, there is no third-party sharing from within apps (unless the developer intentionally puts it there), and the home screen, albeit more colorful, is the very same home screen as before. There is very little at-a-glance information on the iPhone. And its utility – outside the vast application support, that is – is paltry compared to its competition.

But the real Android innovation is outside Google, where companies like HTC, Samsung, Sony, and others develop stock software for their own devices, such as Zoe and Highlights, Air Command and Multi-Window, Small Apps, Touchless Control, Trusted Devices, and many more features.

With the exception of size, hardware has never been a major issue for Apple and its iOS devices. In fact, that’s the one thing very few people ever complain about. But the software still feels … dated. Sure, it may look better (… sort of). Cleaner, maybe. But as far as functionality goes, it’s the same ol’ thing.

People are excited over iOS 7, as they should be. It’s a much needed update. But it won’t take long for those people to realize that the update is more fluff than anything, that the changes are only skin deep. And the longer Apple dilly-dallies around the idea of actually making iOS more useful and “smart,” the less it speaks to the tech crowd. Eventually, that same apathetic sentiment may trickle down to general consumers – iOS isn’t getting any smarter.

If Apple had released the iPhone 5C as it were rumored, $350 off-contract, it would make perfect sense. And it would absolutely fly off shelves. Instead, it’s now offering a cheaper quality smartphone with a slightly reduced price tag. It will perform well in the US because the conception of the price of phones is largely skewed and misunderstood, no thanks to subsidies. Elsewhere, it likely won’t fare so well.

And in the long run, the lack of truly new and useful software features will work against Apple and its slower product cycles and major software updates, especially in this mobile world that is adamant about pursuing hands-free automation and contextual-awareness.

On iOS 13.5, the passcode field will appear when you swipe up on the lock screen if Face ID fails to unlock the device while you’re wearing a mask.
YouTube 1.8M
Facebook 569K
Twitter 196K
Instagram 133K
RSS