In today’s iPhone 11 rumor we’re looking at alleged case molds for the 2019 iPhones from an accessory maker. They confirm rumors we’ve heard so far.

The images you see above and below have been posted on Weibo and reposted by Slashleaks, and they allegedly depict a third party case-maker’s case molds for the 2019 iPhones. Accessory makers are building these molds based on technical drawings and specific measurements in order to create cases that will fit phones, sometimes even without having access to the phones.

The image showing the back reveals the triple-camera setup, but with a slight twist: it looks like the camera lenses will be slightly larger than the LED flash, opposed to what we’ve seen leaked and rendered so far. Or, since the entire part of the camera will be a cutout in the cases, it is just an exaggeration in the mold design.

A recent report suggested that the added third lens will be a 12MP super-wide angle lens, complementing the current main camera and telephoto lens setup. The image of the front (below) doesn’t seem to showcase any design changes, despite some reports claiming that Apple might be narrowing the notch down a little bit.

We’ll add this to the roster or rumors and leaks of the iPhone 11 and iPhone 11 Max, and we’ll keep you posted as soon as something new pops-up. 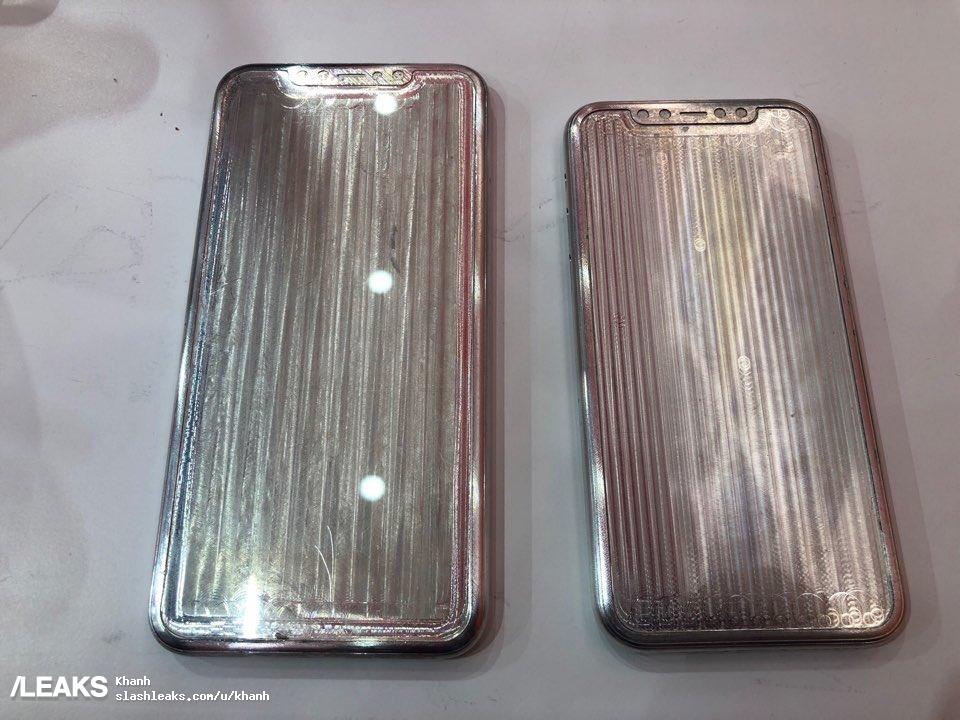