Why is Apple selling fewer iPads?

I’ve always been a huge fan of the Matrix Trilogy, and I’m sure many of you are as well. There’s one thing I always remember the Oracle telling Neo when things began to get rough, and it was: “Everything that has a beginning must have an end”. And it’s true, regardless of where you heard the phrase, it’s a fact of life that what goes up, must come down at some point. It happened to Apple in the early 80s, to IBM early last decade, to HP just a couple of years ago, to Palm in that same time period, Nokia, you name it.

It’s hard to determine what we should classify as basic human needs, because they always change. 100 years ago, humans didn’t really need a vehicle, or a telephone, or a computer. Surely you can argue with me that none of these things are real “human needs”, but if I asked you how you’d manage to commute to your job which is 20 miles away without a vehicle to get you there, and I’m sure you get where I’m going. Basic human needs evolve all the time, as life gets more complex. Gadgets bridge the gab between the complexity of life and our ability to deal with them, regardless of their function. Again, you don’t need them, but I’m sure you’d see yourself as dumb if you walked for 20 miles to get to work, when you can take the train, right? In that sense, those gadgets that evolve best in order to attend certain needs, are the ones that become hot, obviously until another comes to take the throne.

Ok so now that we’ve nailed what human needs are, let’s talk about the things that aren’t. You don’t need a game console to make your life easier, right? You don’t need an eReader, nor do you need a smart watch, nor do you need a camera, nor do you need a tablet. Surely these things are cool to have, but these devices are still not part of your basic needs, nor do they provide you with specific features that you can’t get anywhere else. For those of you that are still shocked over my statement that you don’t need a tablet, the reason why is because there’s nothing that a tablet can do, that a computer or a smartphone can’t do. They are more convenient in certain cases, but that doesn’t mean they’re really indispensable to your needs in this day and age. For that reason, the fact that the devices that you need, like say a smartphone, can now take photos in a similar level of quality to a point-and-shoot camera, are the reason why products stop being cool and die. Once the needed product figures it out, the wanted product has no reason for being.

As Apple published their quarter results recently, one thing struck me immediately. I noticed that they keep selling more iPhones year over year, which has been the trend ever since they launched the first one. Still, their iPad sales are down significantly year-over-year. The question is why? According to Apple, this was due to the fact that they didn’t launch an iPad in the Spring as they usually do, but I don’t buy that. 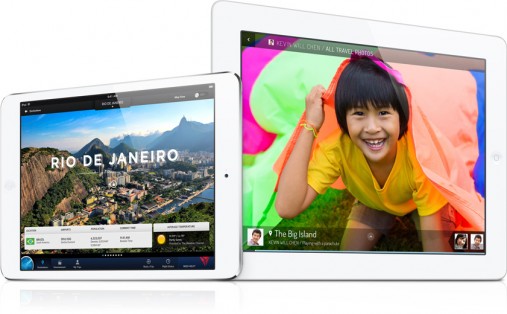 Let’s be honest here, people are more polarized about the iPhone than about the iPad. If I tell you that the iPhone is the best smartphone in the market, half of you are going to mock me for the rest of the day. It’s simply not true. The iPhone is not the best smartphone in the market, period. Now if I asked you the same question about the iPad, I’m sure you’ll have a different opinion. Currently the iPad is still the best tablet running an ARM processor in the market (and I specify ARM so that we don’t begin with the whole Surface Pro argument). If we did a fair comparison between the iPad against any Android or Windows RT tablet, we know who wins. In that sense, the iPhone has fewer reasons to keep growing, than the iPad.

Still, if Apple’s iPad numbers are down, and their iPhone numbers are up, this says a lot about the tablet market and not necessarily just about the iPad, and here are my thoughts as to what’s going on:

The iPad buzz is slowing down

Ok so Apple’s naming scheme is strategic. They call all their tablets the iPad, so that all these can hit the same bottom line on every quarter. You never hear Apple specifying how many iPad minis they sold, but instead they call them just one product in order to make the number seem bigger. At first this made sense since the iPad started being just one tablet to rule them all, and it did in 2010. Still, this later evolved to offer two tablets, between the Retina iPad and the iPad 2, and currently the same figure is seen between the Retina iPad and the iPad mini. The iPad mini is even more affordable now than the iPad 2 is, so you could say Apple should be selling more “iPads” if they’re now offering three tablets, and one is more affordable, right?

So, if you have a more affordable iPad that falls under the same bottom line as the big one, why is Apple selling fewer tablets?

Some may assume that Android tablets are making a significant dent in Apple’s market, and I would agree, but it’s not like if Android tablets are selling like hot cakes either. Please don’t make me talk about Windows RT tablets. I feel that the problem is bigger as to why the buzz is slowing down, and that leads me to my next point.

People are noticing that ARM-based tablets are still not useful

Ok, I’ll admit it; I rarely ever use my iPad. I was one of those people that took 11 months to decide to buy one, and it was mainly based of the fact that I didn’t need it. People don’t remember this, but the first version of iOS compatible with the iPad couldn’t multi-task, so it didn’t make my experience better with anything. Buying one really meant that now, aside from carrying my bulky computer around, I was also going to carry a tablet. Couple that with the fact that the larger iPad was never a light device, and I just didn’t see a point in having one if my computer and my smartphone were already good enough. Still, I gave-in because “everybody was buying one”, and even though I do enjoy using it from time to time, it’s not my primary device for anything. 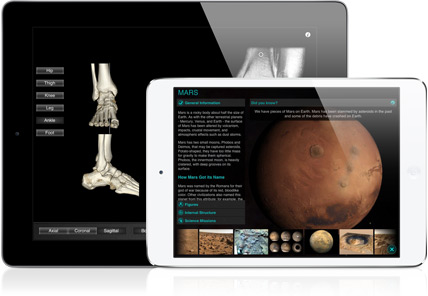 See, It’s taken the market three years to realize that the iPad is a cool product that they don’t need. I’m sure that a lot of people bought a first-gen or second-gen iPad just to see what it was like, then they adopted the Retina iPad because of the display, but now they can’t find an excuse to buy yet another one. Yes, I do know that through third-party apps, the iPad can now do more than it could do before, but there’s still a long road ahead for any ARM-based tablet to replace the computer you really need.

ARM-based tablets need to grow-up. The Tablet PC never took-off a decade ago because it was too expensive and too bulky to justify its spec limitations. A lot of that was solved with the iPad, and now with less-expensive tablets, but now you face a usability problem. Microsoft has made a bold move with Windows 8. The idea of making a tablet useful is an awesome approach, but sadly, it’s clear that people don’t like the UI enough to take the plunge.

I guess what I’m trying to say is that if Apple doesn’t start working on a tablet that runs OS X, and that does so in an affordable way, the next-generation iPad will have to be a lot more than just thin and light to win a crowd. I’m sure Microsoft won’t make the same mistake twice, and a drop in sales of the iPad is Redmond’s opportunity. $500 are not what you spend on dinner every day, and it’s a steep price to pay for something you don’t really need, which is the reason why the Nexus 7 is so popular.

What about you? Do you need your tablet? Do you feel that there are other reasons why the iPad is falling off its throne? Leave us a comment.