Now that most of the phones from the first half are already official, the rumor mill could stop, if it weren’t such a perpetuum mobile. And with the LG G4 being the most recent Android phone to see the light of day, we’re now turning to a device which we’ve seen and heard rumored for a very long time: the iPad Pro (tentative name, describing the 12-inch iPad that might never see the light of day).

The render (or blueprint) which you’re seeing attached seems to return to the 12.9-inch rumor (yes, we also heard about 12.2-inches as well). The iPad Pro itself has been often referred to as the Apple iPad Air Plus (after the larger version of the iPhone 6, the Plus), but the name doesn’t seem to matter that much.

What does are the stereo speakers on the bottom (and top, as well, for a total of four), and the dimensions: 305.7 x 222.6 x 7.2 mm, which are claimed to be the dimensions (and the entire schematic) as of December 2014, with the leakster mentioning that the might have been some changes since. That aside, the leak doesn’t mention anything else, and neither will we, but we’ll leave the floor open to discussion, mainly: would you prefer this to run full Mac OS X (a la Surface Pro 3), or iOS? 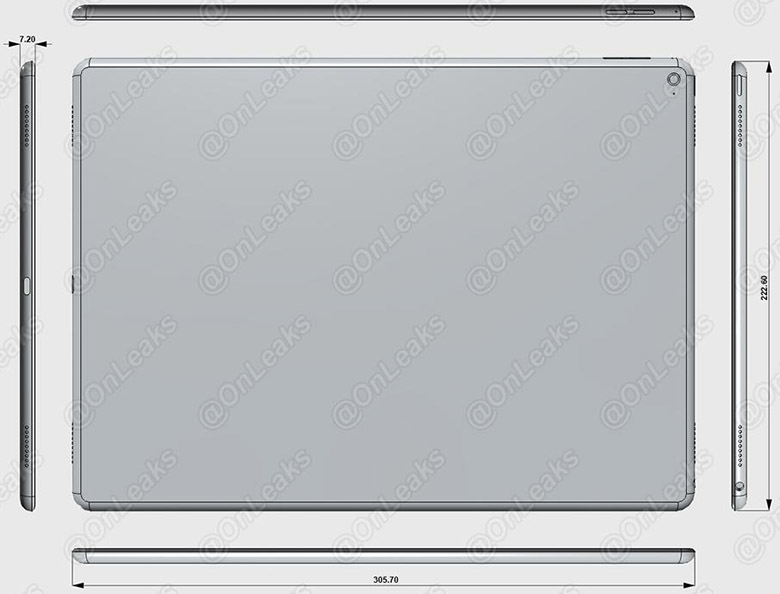 The official pre-order page on Apple website notes that the 12.9-inch iPad Pro will take between 6 and 8 weeks to ship.

On today’s Pocketnow Daily, we talk about the possible size of the upcoming iPhone 13 lineup, new iPad mini rumors, and more.