How Much Will You Pay For An iPad Mini?

Hear about the problems Apple could face when choosing a price at which to sell its rumored iPad mini.
Published 10 October 2012, 07:58 EDT

Something’s been troubling me about the iPad mini. No, it’s not how Apple’s manufacturing partners have apparently become as leaky as sieves, nor does it have anything to do with the recent rumors of late-stage design changes. I just can’t figure out how Apple could be planning to sell such a thing.

I don’t mean that I expect to see Apple have any trouble finding a market for the tablet; as Android fans are well aware, there’s clearly a time and a place for smaller tablets, and for as great as the iPad 3 is, sometimes it seems like a more petite alternative could be preferable. What I can’t figure out is how Apple could end up pricing the iPad mini in any way that makes sense when compared to the rest of the iOS devices in its lineup.

There’s also still the old iPad 2 hanging around, going for $400 WiFi-only or $530 cellular-connected, both 16GB versions. So, current-gen models demand a $100 premium.

Clearly, we’re going to expect a 7.85-inch iPad mini to cost quite a bit less than its big brother, but just how much less? In Android-land, the competitive sweet spot has been in the $200-$400 range, but we’ve also been talking about slightly smaller hardware, and with the premium prices Apple demands, maybe it might shoot for the $300-$500 range. 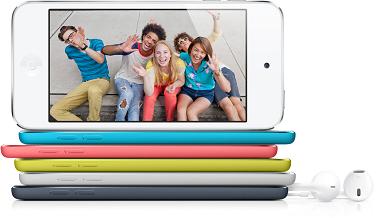 The problem there is the iPod touch. The latest version of the handset runs $300 for 32GB or $400 for 64GB. That’s going to make it very tough for Apple to price the iPad mini too low, because it would just make the iPod touch look like a horrible value for your money. Sure, it’s more compact than the iPad mini, but if that’s what users really care about, there’s always the iPod shuffle or iPod nano. You buy the iPod touch because you like iOS, and you like the apps, but you don’t want to spend a lot on a full-priced iPhone or iPad.

Let’s assume that we’ll see different storage capacities for the iPad mini. Apple seems to have largely moved past 8GB, so maybe 16GB, 32GB, and 64GB would be the available options. Apple could mirror iPad 2 pricing, and start those at $400 for the 16GB. I’m concerned that even at that level, potential iPod touch customers are going to jump ship in droves and go for slightly less storage but a much larger screen for only $100 more.

This puts Apple in a tough situation. Apple would be nuts to start iPad mini pricing at $300, which would decimate iPod touch sales even faster than $400 would. It can’t do $500, because even Apple’s fans wouldn’t put up with the iPad mini and iPad 3 hitting the same price points.

So, what’s the solution here? It’s too early for Apple to cut prices on the iPod touch, lest it piss off a whole bunch of recent customers. Maybe it could elect not do a 16GB tablet at all, and start with 32GB for $500; I doubt that, though. Could I be totally off-base about a cheap iPad mini destroying iPod touch sales? Maybe Apple really doesn’t care that much about the iPod touch’s fate in all this; it’s always seemed like a bit of an afterthought, anyway.

Apple painted itself into a bit of a corner, and any way it cuts things, there’s the risk of making some of its customers feel like they got a bad deal. Frankly, Apple can afford to do that, and it’s still going to see impressive sales figures whatever it does. For now, I’m just going to sit back and see if those announcement invites really go out today as rumored. One way or another, it’s high time the iPad mini goes official and we can put an end to all this guesswork.