The iPad Mini Better Be Good Because Competition Is Changing

What makes an iPad the iPad? Have you ever asked yourself this question? How can it be that a full decade of tablet computers was outsold by the first-generation iPad in just 10 months? How could it also be that two years of Android tablets haven’t been able to defeat its lead?

The answer to these questions is quite complicated. Each user was driven to the iPad for different reasons. Some bought it for its price back in 2010, when given a choice between a netbook that was just as cheap and a Tablet PC that was three times more expensive. Others simply because the ads did a great job in making it look cool.

To answer the first question, what makes an iPad the iPad is its focus on consumers. Microsoft and its partners made the mistake of focusing tablet computers at the elite. They believed that people would be willing to pay an extra premium for the added functionality of the touch screen. As it turned out, since the added functionality wasn’t really that functional, the extra premium just didn’t make sense. The iPad on the other hand showed the world that Apple understood consumers. Not everybody on the planet needs a fully functional computer, just like not everybody in the world needs a truck. Some just use computers for chatting and web browsing, so it didn’t make sense to sell them the added suspension of a truck if all they needed was a sedan. Those that wanted a portable truck had the MacBook Air; those who wanted a portable sedan had the iPad.

The reason why two years of Android tablets haven’t made a significant difference is because they were neither first nor the best. Apple understood from day one that for the iPad to succeed, everything had to be about the content. The App Store reached 65,000 iPad apps in just 10 months after their first device was released, where Android tablets are not even close to that number almost three years later. Until a couple of months ago, it was still pointless to buy an Android tablet, since it wouldn’t make your experience with your Android smartphone any better.

The problem for Apple this year is that things are changing. Amazon totally disrupted the market with their Kindle Fire. They followed the iPad’s example in a more aggressive approach by selling their tablet at cost, and making it all about the content. Google has also figured it out with their recent launch of the Nexus 7. When customers are now faced with a $200 Nexus 7 and a $500 iPad, where both do mostly the same thing, the debate looks a little like choosing between a Toyota and a BMW, since both are good cars, but one is just fancier and more expensive.

Apple needs an iPad Mini. They need it more than we really need it as consumers. It would do the job of making Android tablets unattractive again, just like Apple did with the launch of the iPad 2. Sadly, Apple needs to tackle some key areas if they plan to make it a success:

It has to be better than the iPad 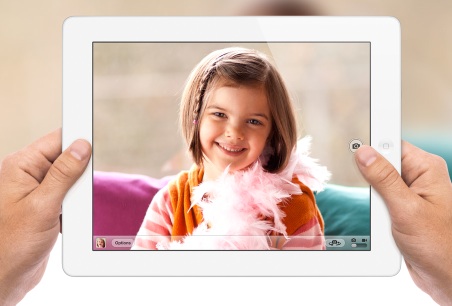 When Steve Jobs announced the first-generation iPad, he was very clear that a new category of product needs to be far better than other alternatives at certain key areas, or else it has no reason for being. The iPad, while being a great tablet, has several problems that keep people from buying it. Focusing on these issues alone is the perfect way to understand why an iPad Mini makes sense.

The first issue is its size and weight. Have you ever tried playing any version of Street Fighter on a third-generation iPad? I’m sure you’ll agree that your hands are so tired after thirty minutes of play, that it becomes pointless to play any game on it that’s not a board game. Have you ever tried reading a full book on it? Surely there’s a lot to love about the Retina Display, but it’s no paperback that you can easily carry on one hand as you walk to the nearest Starbucks.

The second problem is not really the battery life, but what it takes to charge the battery. The New iPad has such a large battery and such an old charger that it takes 7 hours to charge. I’ve become psychotic of allowing the iPad to reach 50% of battery charge, because I know that’ll require a quarter of my day to regain in the charger. Even if you do get a good 10 hours of usage, your inability to recharge it quickly makes the experience cumbersome.

The iPad Mini would be the perfect game player and eBook reader if Apple focused on serving these two markets in a way that the New iPad just can’t. Apple’s iBooks never did take off, so I still stand by my belief that if this product is not called the iPad Mini, it’ll be called the iBook in order to push their bookstore.

It has to be cheaper than the iPad 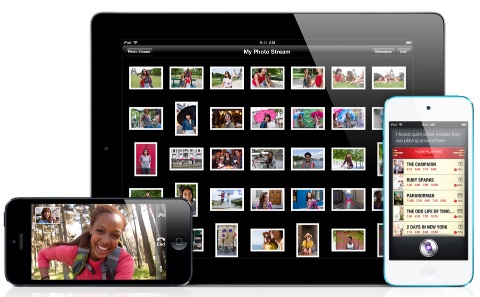 This is really a no-brainer, but easier said than done. See, by logic you’d assume that less hardware costs less to make, but it doesn’t work that way. Miniaturizing products is more expensive. Those of you carrying jumbo phones aren’t really carrying anything difficult to make when compared to those companies that are bold enough to make great products more portable. The problem is that the disruption made by Amazon’s Kindle Fire and Google’s Nexus 7 is something that can’t be ignored.

Even if the iPad Mini wasn’t as cheap as any of these competing tablets, it has to be much cheaper than the New iPad or even the currently underpriced iPad 2. This may be more challenging and expensive in the short run, but those of you who majored in business with me will understand what lots of companies do for “weed killing”. I know the term may disgust many of you, but I’m sure it’s the term being used in Apple’s head quarters with this product.

The iPad Mini is truly a sacrifice. Making a smaller and cheaper iPad isn’t easy, but if Apple choses to under power this tablet, it’ll lose. Surely there is a market for those that don’t care, but rumors have Apple releasing this tablet without a Retina Display, and that would be insane in days when even the Kindle Fire HD can provide it. A ghetto iPad Mini would defeat the original purpose of having a product that’s better at what other products can’t do just as well. If it’s not good enough to push competitors to be better, it’ll be hard to even consider calling it a worthy iPad.

2012 is a very different year for Apple. Competitors might have flummoxed with the launch of the iPhone or the original iPad, but they’ve all worked their way into products that are just as good or better than the iPhone or iPad today. When you add the launch of Windows 8 to the mix, we could face the last year that Apple will reign the tablet space.

I would personally prefer an iPad Mini instead of an iPad, just because of my time using the Nexus 7, but it’ll all depend on Apple if I stick to my current tablets or switch. What about you? What would Apple need to release with the iPad Mini to make you consider it? Please share your thoughts in the comments down bellow.

On today’s Pocketnow Daily, we talk about the release of Android 11 Developer Preview, an alleged video of the iPhone 9 and more