Learn more about some of the features that might land with the iPad mini 4, as iOS 9 might become generous with some iPad Air 2 exclusives.

One of Apple’s most praised features for iOS 9 is also something that only those that own an iPad Air 2 can enjoy, and it’s Split View multitasking. Those who bought the iPad mini 3 were highly disappointed, and specially when both tablets share almost identical specifications in everything but their RAM. Apple might have noticed the disappointment, and it seems the company will do something about it.

Files within OS X El Capitan now indicate that the developers will be allowed to test “Responsive design mode” with the iPad mini 3. That isn’t a guarantee that iPad mini 3 hardware will indeed support it, but it opens the door for the feature to become part of the iPad mini 4. At this point it isn’t clear if Apple has restricted iPad mini 3 units to not support this feature due to RAM limitations, but it’s clear that this won’t be a problem with the newer model.

Apple is expected to launch a bevy of new iPads later this year, and this iPad mini 4 is one of the most rumored units so far. 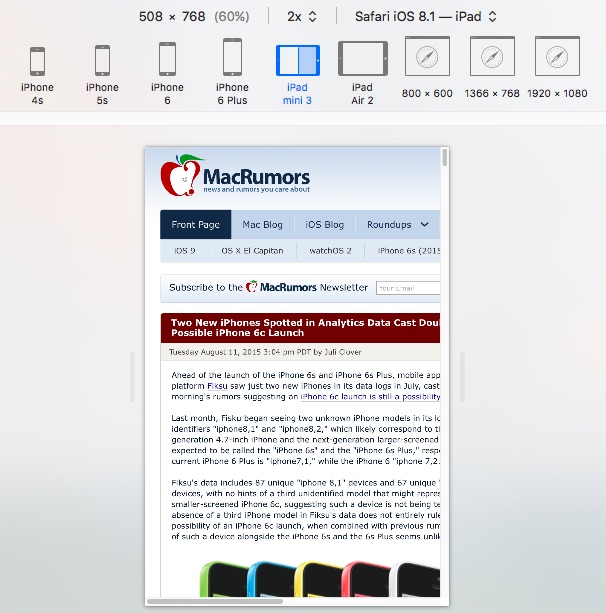