The iPad Air 2 has a confirmed little brother: the iPad mini 3.

We were expecting two tablets at Apple event this afternoon, and following the company spending some time showing off the new iPad Air 2, it’s time for the day’s second tablets, as Apple turns the spotlight on its latest pint-sized tablet, the iPad mini 3.

Like the Air 2, the new mini is available in three colors this year, adding gold to its options. Screen size remains at 7.9 inches (along with the 2048 x 1536 resolution) and the 5MP camera is back. Physical dimensions are unchanged from the iPad mini 2, and the iPad mini 3 runs the same A7 SoC as the previous generation – no A8X here. In fact, doing a spec-for-spec comparison with the previous-gen model emphasizes that the only notable hardware improvement here is the new Touch ID fingerprint scanner. Well, that and the new 64GB and 128GB storage options.

Pre-orders open tomorrow, with the tablet set to start shipping out to Apple fans next week. 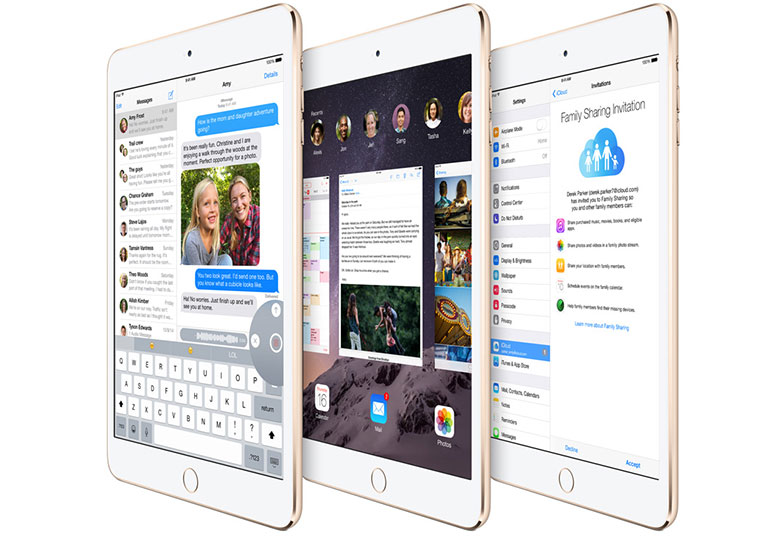