It’s never wise to have guarantees in advance of an Apple event, but the looming iPad Air 3 or iPad Pro mini will almost surely sport four speakers.
Published 10 March 2016, 08:18 EST

This is by far the most cryptic leak of the three, letting us in on only two important tidbits of information. Namely, it appears the so-called iPad Air 3 features a Smart Connector and four speakers creating a truly immersive stereo sound system, both traits “borrowed” from the 12.9-inch iPad Pro.

As such, it’s getting increasingly plausible we’re looking at an iPad Pro mini model of sorts after all, with a Smart Keyboard of its own, Apple Pencil compatibility, super-slim profile, and possibly, a 12MP rear-facing camera too.

Obviously, the name isn’t set in stone yet. iPad Pro mini sounds kind of dumb, let’s face it, not to mention confusing for folks who’ve begun to equate the “mini” suffix with a 7.9-inch footprint. But iPad Air 3 doesn’t do the convertible powerhouse justice either, as long as it can seamlessly turn into a productive compact laptop. 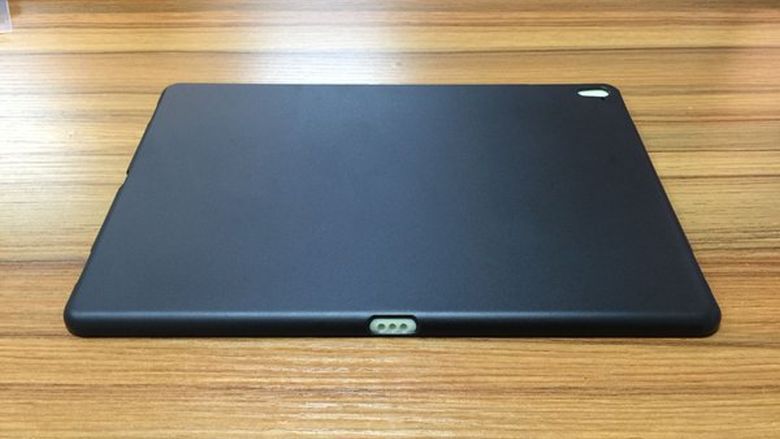 Thankfully, we have less than two weeks to go until all our answers will be questioned, including is this leak legit? And could the 9.7-incher one-up its jumbo-sized forerunner in the screen resolution department as well? How about the RAM count, will Cupertino go all the way up to 4GB again, or deem 2 or 3 enough to power a smaller gadget? An A9X processor feels like a guarantee, and so does pre-loaded iOS 9.3 software.