iPad 4 ready to rise from its ashes, replace iPad 2 tomorrow?

Tomorrow may be the end of the iPad 2’s story, with rumors that the iPad 4 returns to Apple’s stores on Tuesday.

Last October, Apple’s fourth-generation iPad came to a bit of an unceremonious end. Apple introduced the world to the new iPad Air, and that was all she wrote for the iPad 4 – Apple scrapped the tablet from its retail lineup, keeping the iPad 2 around as the more affordable option for shoppers who don’t need to have the very latest model. That’s how it’s stayed ever since, but recent rumors have suggested that the iPad 2 is finally on the way out, and now our old friend the iPad 4 may be returning to take its place.

Pricing would supposedly stay quite close to where the iPad 2 was, though might be just a bit higher: specifically, we’re hearing about something near $420 for the WiFi-only 16GB iPad 4, and $560 for the 16GB LTE model. Those both represent a $30 increase when compared to the currently available iPad 2 equivalents.

Besides simply giving iPad shoppers a better value for their dollar, this move could also be part of an effort to help retire Apple’s old 30-pin connector, removing a major source of new 30-pin devices from the market.

The switch could be ready to happen almost immediately, and is tipped to occur simultaneously with tomorrow’s introduction of that new iPhone 5C variant. While the image below doesn’t offer a date, we can clearly see the model number for the iPad 4; assuming this really is a recent shot, we’d say that this rumor sounds all sorts of plausible.

Will any of you be sad to see the stalwart iPad 2 finally hang up its hat? 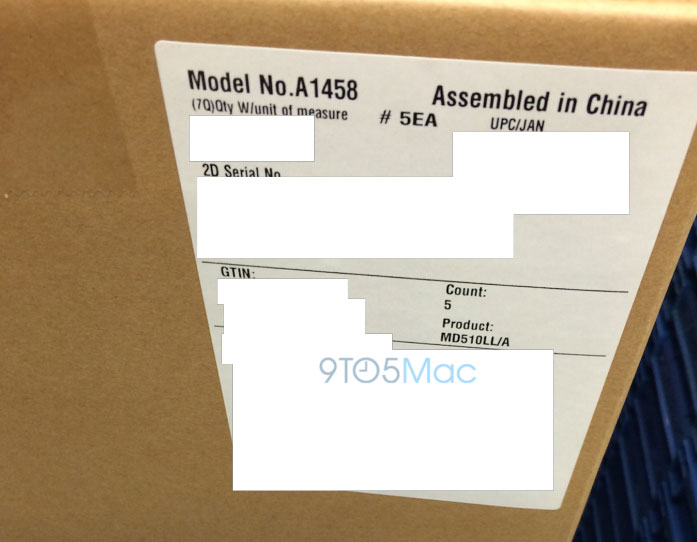