The Apple beta machine is hard at work cranking out new releases, and just like clockwork going back the past month now, every two weeks we’ve been seeing the distribution of a new iOS 9.3 beta. The company’s still not quite to the point where it’s ready for the big 9.3 public release, but today we see it get one step closer with the release of iOS 9.3 beta 3, landing alongside tvOS 9.2 beta 3 and watchOS 2.2 beta 3.

So, what’s new? Well, Night Shift has been a key component of iOS 9.3 betas so far, and this time is no exception. Apple continues to tweak the interface users will interact with as they configure their devices to shift color temperature in the evening, helping to avoid our eyes telling our brain that it’s time to stay up and be active. Specifically, we see Apple adjust the Night Shift Control Center appearance, while fixing icon layout.

Maybe more notably, we’re hearing reports of the emergence of a whole new feature (even at this late beta), with support going active for WiFi calling on Verizon. We saw Verizon get approval from the FCC back in November, and knew it was just a matter of time before manufacturers started delivering support on their ends.

As of yet, we haven’t heard a breakdown of changes present in the new watchOS and tvOS betas. If we get any information on that end, or learn of any additional changes in iOS 9.3 beta 3, we’ll update this post with the details. 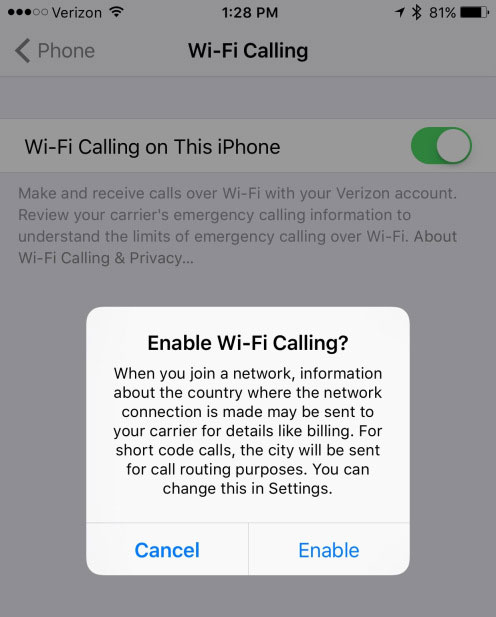