Apple has released the iOS 12.1.1 update, which, as its name (numbering) implies, is an incremental update. Don’t expect to see major changes. Instead, the refresh brings bug fixes and some minor, but welcome improvements. One of which is easily flipping between the front and rear camera during a FaceTime call, something which was a tad more complicated and required more steps in the past. Additionally, the update also adds:

macOS 10.14.2 is also available for your Mac. Aside from security fixes and improvements, it adds real-time text (RTT) support for Wi-Fi calling. Some of you who had issues streaming from iTunes to third-party AirPlay speakers should see that problem solved now. Also, there are several stability and compatibility improvements included, in addition to a minor UI change in News that adds a menu item for opening a particular story in Safari. 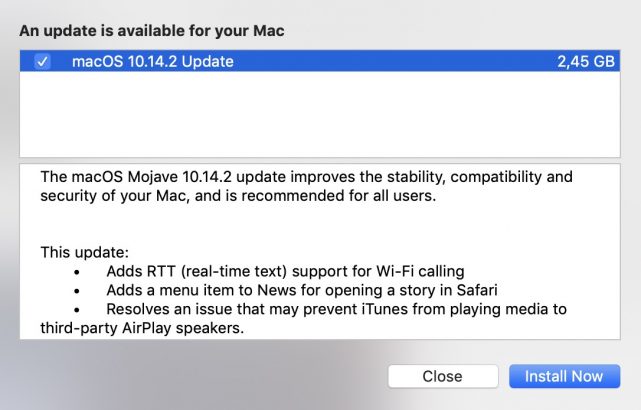