Motorola invite sure looks like an international Droid Turbo launch

Motorola’s got a Brazilian event scheduled for next week that sure seems to be an international Droid Turbo launch.
Published 29 October 2014, 10:17 EDT

Yesterday saw Motorola and Verizon introduce US audiences to the Droid Turbo, the latest Android smartphone to wear the Droid label, and one heck of a piece of solid hardware. Even before the handset was finally confirmed we were hearing questions from our international user base: how can I get my hands on the Droid Turbo? This can’t really be a US exclusive, can it? Evidence had already been building for the possibility of an international GSM version of the Droid Turbo, and now we’ve got an invitation that sure appears to be for a Brazilian launch event for something very Turbo-esque.

Here’s what we know: the invite (below) refers to a press event in Brazil scheduled for November 5. While the imagery in the invite doesn’t give us a full look at the handset, the photo is a pretty clear match for one of the official shots of the Droid Turbo already released by Motorola – it’s the same pic we featured in our Droid Turbo spec breakdown.

That has us all sorts of optimistic that this event could be gearing up to introduce what’s essentially the very same hardware. But while the phone itself may largely match the Turbo, rumors suggest that Motorola would give this international handset a new name. One claims that the handset could arrive as the Moto Droid Maxx; we’re not so sure about that “Droid” bit, but just plain ol’ Moto Maxx has also been mentioned as a possibility.

But regardless of what it’s called, this is one phone we know a lot of you are anxious to see confirmed on the international scene. With a little luck, we’ll have confirmation in just one more week. 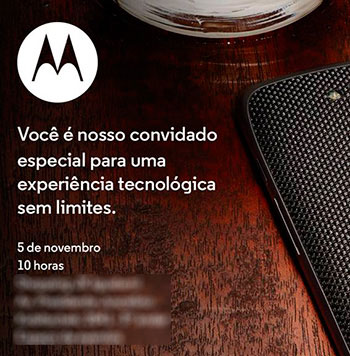