Check out the new processors developed by Intel to be found in the next versions of the MacBook and MacBook Air along with their capabilities
Published 29 August 2018, 12:19 EDT

Intel has two new 8th generation U-series Whiskey Lake and Y-series Amber Lake chips. These were presented yesterday, and we can expect to see them in future Apple devices like the MacBook and MacBook Air.

These new processors have been created to be used in thin laptops. The first Amber Lake Y-series processors include the i7-8500Y, i5-8200Y, and the m3-8100Y which could appear on the new 12” MacBook lineup. The other Whiskey Lake U-series include the i7-8565U, i5-8265U, and i3-8145U which could come as part of the new and updated MacBook Air that is supposed to be in the works.

The most important thing about these chipsets is that they would support voice services like Cortana and Alexa. They would also provide faster connectivity speeds, data transfer speeds, content creation, office productivity and improved battery performance. 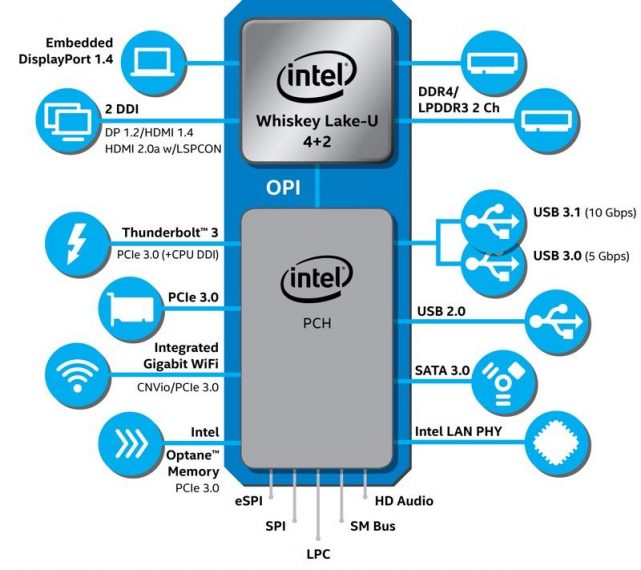