The respectable but forgettable mid-range Samsung Galaxy Tab A (2017), previously launched in Vietnam, is now up for grabs in India as well.
Published 10 October 2017, 07:19 EDT

Samsung is still not giving up on Android tablets, but it’s not aggressively promoting new models either, very discreetly launching a mid-range Galaxy Tab A (2017) in Vietnam last month. The affordable 8-incher also known as the Tab A2 S is today expanding to India, making a few headlines at the local equivalent of $275 (Rs. 17,990).

Up for grabs already both on and offline, from Samsung and various authorized third-party retailers, the sleek and lightweight Android 7.1 Nougat-powered slate can be yours in black or gold coats of paint.

The spec sheet is overall forgettable and mediocre, including stuff like a modest quad-core Snapdragon 425 processor, 2GB RAM and 1280 x 800 screen resolution. But considering the aforementioned recommended price, the Galaxy Tab A (2017) stands out in at least a couple of departments. 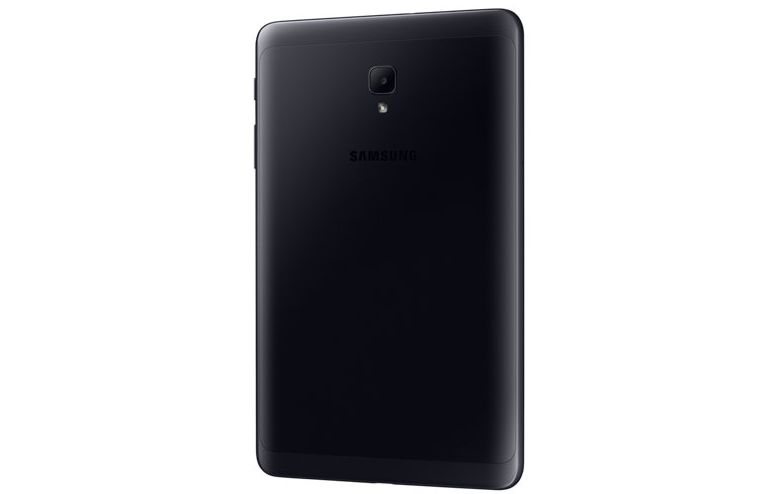 It’s the first tab to support ”unmatched” Bixby Home ”convenience” (no dedicated button or voice functionality, mind you), and a metal design with ”incredibly smooth edges” almost makes it feel premium and high-end.

At 364 grams and 8.9mm thick, it can be easily tucked away when traveling, and although a 5000mAh battery doesn’t exactly sound like a powerhouse nowadays, it’s apparently enough for 14 continuous hours of video content viewing. You also get an impressive (by mid-end tablet standards) 8MP rear-facing camera, decent 5MP selfie shooter, 4G LTE connectivity, and expandable 16GB storage. Not too shabby after all.