Samsung, Huawei and Sony are only a few of the companies looking to unveil exciting new gadgets at IFA 2016 in Berlin, with surprises possibly in store too.

With the already hugely successful Galaxy Note 7 unveiled early to get a head start on the iPhone 7 (or 6SE), LG feeling confident enough in the G5-similar sequel to the surprisingly popular V10 to give it its own special announcement event in San Francisco, and Apple of course not looking to share the spotlight with anyone else, you may view IFA 2016 as a tech sideshow of sorts.

But let us assure you, that’s never been the case for one of Germany’s oldest trade fairs, and Europe’s biggest such gathering of high-profile consumer electronics exhibitors, and by no means is this year’s 56th edition shaping up to be less crowded, glamorous or exciting than the previous few installments.

Technically, the 2016 Internationale Funkausstellung Berlin expo opens its doors on September 2, wrapping up five days later. But that’s for demos and live presentations of newly unveiled devices, which should all break cover a little earlier. 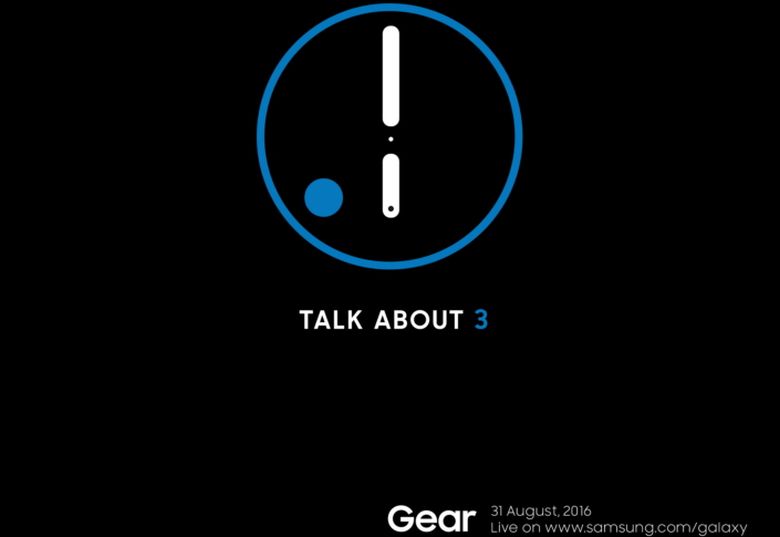 The Gear S3 Tizen smartwatch, for instance, will undoubtedly debut next Wednesday, on August 31, during a live-streamed press conference starting at 6pm local time that may also bring the Android-powered Galaxy Tab S3 to light. Any other big “unpackings” possibly in store? Well, it’s never wise to rule out surprises like the standalone “Oddysey” VR headset or the Scoop wireless speaker, though we’re pretty sure those two need a little more time.

As exciting, novel and convenient as Gear S2’s rotating bezel felt last year, an incremental upgrade with a broadly familiar design doesn’t exactly sound like a showstopper. So, if Samsung won’t steal the IFA limelight for a change, the world’s third largest smartphone vendor is arguably the next most qualified candidate to do so. 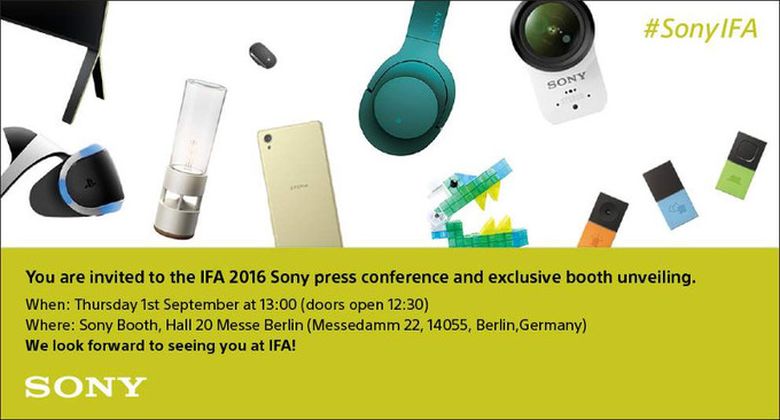 This faltering giant in search of a mobile portfolio reconstruction also has a number of products in the pipeline, the one that interests us the most being the purported Xperia XR premium phone. But we’d be lying if we told you we’re not curious about the PlayStation 4 Neo as well, the rehashed gaming console compatible with the PS VR headset likely to get fresh content, accessories, and perhaps even PC support soon.

But wait, there’s more. An Xperia X-series follow-up to the pint-sized, potent Z5 Compact. Did somebody call for an iPhone SE slayer? 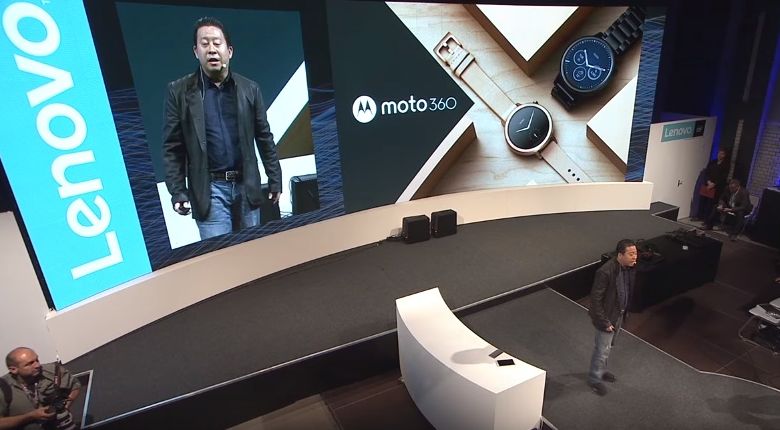 While typically reliable sources tell us not to expect a third-gen Moto 360, at least not yet, Lenovo’s not-very-subtle IFA 2016 teaser video featured the former Android Wear device iteration. There were also convertible tablets, flexible laptops, bendable smartphones and… illuminated keyboards (?) previewed ahead of an August 31 “Holiday Product Launch”, albeit it’s unclear how many of these are altogether new, and whether they’ll all hit stores this holiday season. Highly unlikely. 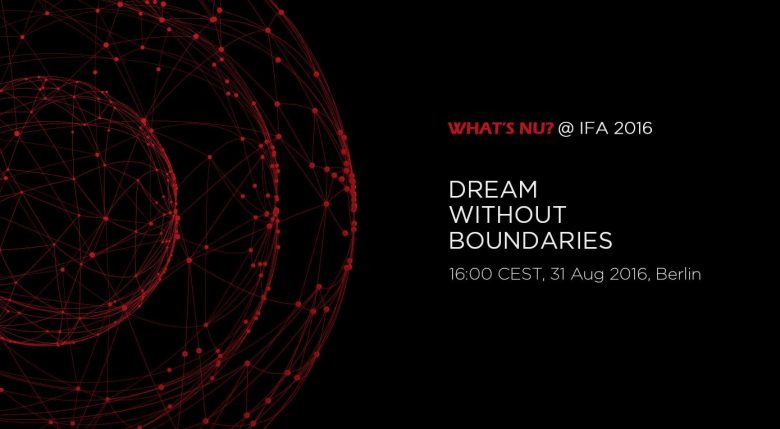 If European football (don’t call it soccer) superstar Cristiano Ronaldo can “dream without boundaries”, so should we. Do we think the bezel-less Nubia “beauty” scheduled for a public debut next Wednesday will follow the Axon 7 to American shores at some point? No, we don’t. Then again, IFA is an old continent-first thing, so as long as ZTE doesn’t keep its ambitious screen border-excluding hero device limited to Asia, we’re all ears… and eyes. 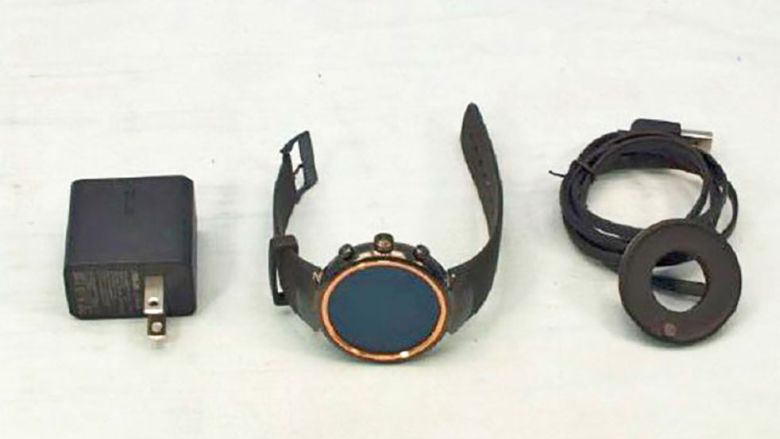 “The time for something incredible” is August 31. Wait, August 31 again? That’s going to be a long day. But while another “Zenvolution” is hyped up, we anticipate only the one product showing of some interest to our mobile and wearable-passionate readers. The ZenWatch 3 is definitely coming with a revised, more stylish circular body, and hopefully, improved battery life to go with the chunkier profile. 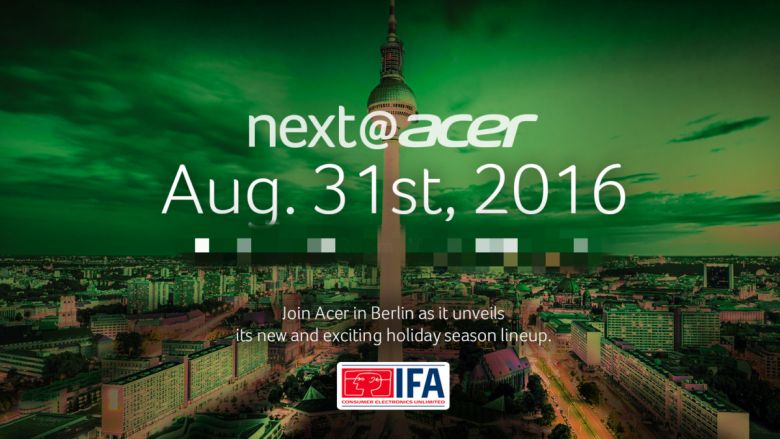 Alright, we’re calling it. Smartwatches and other wrist-worn gadgets should take center stage at IFA 2016, based on existing gossip, eclipsing phones, slates and even VR hardware in sheer number, attractiveness, plus eccentricity if we’re talking strictly about the premium gaming-oriented Acer… Predator Watch (?). Still, Acer, much like Lenovo, recently plugged a looming holiday season lineup, possibly including new Liquid-series Android and Windows handhelds, and a next-gen Predator tab as well.

Of course there are way more than half a dozen companies looking to make headlines between August 31 and September 7 with product announcements, live demos, and prototype sneak peeks from Berlin. But if we knew everything about everyone already, what would be the point in even covering the trade show both from a distance (yours truly), and right there in the middle of the action (Jaime Rivera and Juan Carlos Bagnell, killing it as usual with exclusive videos and hands-on previews)? That’s the beauty of it – the mystery, the surprises, the great unexpected.