Has it ever happened to you that you walk into a department store; you see a shirt that you like and you immediately want it, and most likely even buy it? When Google announced the Nexus 7, I felt exactly the same way about it. It was gorgeously designed, well thought out and really inexpensive. It was the first time I had ever had an impulsive buy in tech, since hey, most of the shirts that I buy are much less expensive than a new tablet. Another one of the reasons why I really wanted the Nexus 7 was because I simply loved everything that was presented to me that same day about Android 4.1 Jelly Bean. It was really a the more mature Android that I wanted, and I was willing to pay for a Nexus 7 if that was the fastest way that I could try it. By contrast, it took me three versions of the iPhone to finally convince me to buy one, and that says a lot; specially today with the announcement of iOS 7.

As Apple’s WWDC keynote ended today, I’ll admit that I finished with a smile on my face, and with some clear thoughts about what I thought about everything that I saw. In a nutshell, I want iOS 7. Just as I felt about the Nexus 7, Jelly Bean or the blue polo shirt that I bought yesterday, I impulsively want iOS 7. A lot of you may debate that you don’t like iOS 4, 5, 6 or even 7, and may call me whatever name you want just because I feel this way, but I want it.

I think the last time that I felt this way was when Apple launched iOS 4 and iOS 5, but for very different reasons. I had no problems with the stitched leather, nor with the funny grain here and there, but I did have a huge problem with some more basic things. I hated the lack of multi-tasking on a phone and iOS 4 addressed that. I seriously despised the obtrusive blue bubble notifications as well, and iOS 5 addressed that as well. I guess you could say I impulsively wanted these changes because I hated what they changed, and not because I felt they were really revolutionary. iOS 7 on the other hand addresses a ton of other things that I didn’t like about the platform, but none of these were as annoying as for being the only reason that I want to change. Surely I was bored of everything that I had to put up with, but never did I feel that the experience made me any less productive.

Before the “fanboy” comments begin, and specially since you all know that none of us here at Pocketnow are married to any OS, I’ll tell you about the reasons why I want it, and then the comments are yours to tell us why you either want it or don’t.

I want iOS 7 because it’s different

iOS 7 has a ton of the basic UI elements of previous versions of iOS, but it addresses each of these differently. I’m sure a lot of you will also think that it borrows many of these from Android or Windows Phone, but I’ll sadly debate that. I personally feel that it looks nothing like Android, nor like Windows Phone and that’s actually a good thing. It’s hard for me to sit down and call it beautiful, because I’m still trying to digest the excessive color on some of the new icons, but I think beauty was the least of Apple’s priorities. 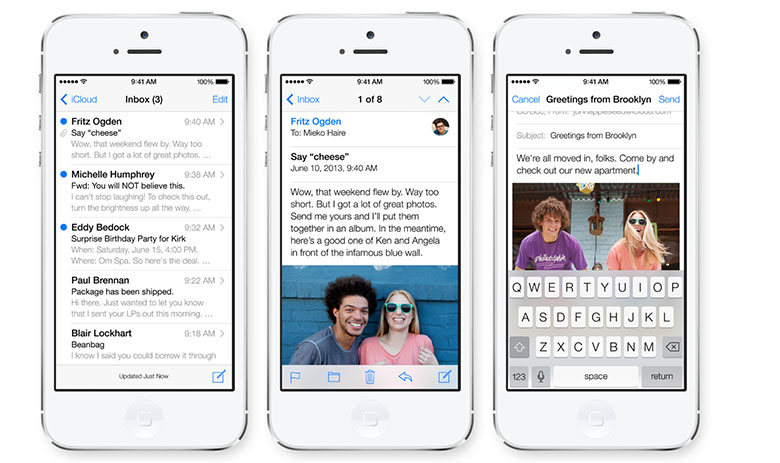 I like how the design is focused on getting rid of clutter and unnecessary waste of space. People say this about Windows Phone as well, and then I debate that because “People” in big text is just a waste of space for me. I also felt the same about the stitched leather on iOS, since there was no benefit to having it. I’d rather have an operating system that gives each area functionally and not beautifully, and that’s also not trying to distract me by showing me things that it doesn’t really have like wood or a ripped piece of paper. Using a 4-inch screen becomes less appealing by the minute. The larger your display is, the more you can do with it. But then again, when you see iOS 7, you notice that it was clearly designed to take advantage of every inch, and not force you to need more.

Again, don’t ask me if I find it beautiful. I’m not a fan of high contrasts and excessive color, but then again, if the stitched leather was able to grow on me, I think iOS 7 stands a chance as well.

I want iOS 7 because it’s smarter

By smarter I’m not trying to compare it to another platform specifically, but I’ll admit I do wish it was a standard on every OS. Calling a smartphone a smartphone is still something I consider far-fetched. In the past it used to be about a phone that could do more, but today there are no limits to that thanks to apps. For me a “smart” phone has to be one that does things without my need to do them for it, and I see that happening with iOS 7, even if to a small degree right now. I hate having to wait for apps to refresh after I receive a notification and act on it. The fact that those notifications trigger app updates is genius for me. I feel the same about having apps refresh depending on my usage patterns, since yeah, I don’t look at Twitter enough during the day, right? 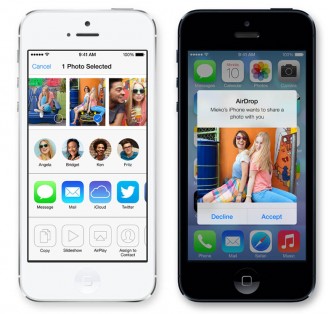 Having to jump into Settings to activate Wi-Fi was my biggest annoyance with previous versions of iOS. Control Center is definitely something I applaud for fixing that. Surely it’s not something that makes your phone smarter, but the lack there of was really making previous versions of iOS look dumb. Some of you call this a rip-off from Android, but if I ask a Sony customer how that’s going, they’d be annoyed. Having these toggles depends on what Android phone you have, or what version of stock Android, so please don’t compare. The fact that I don’t have to double tap the home button, then slide to the side, and the fact that I can control my music or launch the flashlight with a simple slide from the bottom are all welcome features on my book.

I’ve always dreamed about a Today screen on any smartphone platform. It was genius on Windows Mobile and even though Today in Notifications isn’t perfect, it’s there. I wish I had an easier way to just see how my day is looking, but again, this is the first step into something that I’m sure will improve in the coming versions.

Apple took too long in launch Moments in their photos app. It’s existed forever on iPhoto, and we finally see it come to iOS, only smarter. I hate having to tell iPhone where I took a photo, and now all that is just done automatically by iOS. Again, the more a device saves me the need to do, the smarter I find it.

People debate that Apple doesn’t bring NFC to the iPhone, and then when I saw AirDrop implemented on iOS today, I was simply sold on the idea. I have two of my best friends rocking a Galaxy S III and I’ve never felt the desire to bump my Note II with them and share something, and with AirDrop, I don’t have to. Some of you will say that Android has done that for years through Bluetooth file transfer, but hey, I’m sure you also loved the pairing process, right?

And finally, a very no-brainer feature that had simply not occurred to anyone is having an App list available depending on your location. I travel a lot, and even though I don’t do much sight seeing, iOS is full of Apps that enhance that experience, but that aren’t easily accessible unless you heard about them or search for them specifically. I love having a smart filter for basic things like that, and I’m sure developers will do as well starting this fall.

iOS 7 is not perfect. You know that, and I know that as well. The Nexus 7 wasn’t perfect either, and neither was Android 4.1 Jelly Bean. These are all works in progress that are focused on the right direction, and as I saw iOS 7 being announced today, I felt the same thing. It’s not ground breaking, nor is it better than any other operating system that already exists, but one thing it is, is a better iOS than we’ve seen since the first iPhone was launched. The fact is that it has enough changes and enhancements to wow me, and judging from the thoughts of my peers, I’m not the only one.

For the first time since the passing of Steve Jobs, I see a different Apple. A company that’s willing to not sit on their laurels any more and actually focus on improving even the things they’ve done before. They’ll make mistakes along the way, I’m sure, but iOS 7 is not one of them.

Now I can’t neglect the fact that choosing iOS 7 for me is a no-brainer since I already have an iPhone. To answer the question of many, I don’t know if I’d change from any other platform to an iPhone just because of iOS 7, but I’d be curious enough to want to try it though, that’s for sure.

What about you? Are you at least curious about iOS 7 or do you feel that you’re happy with your current platform? Leave us a comment.

Xiaomi’s concept has four cameras on one side and a lone snapper on the opposide face of the module, but it can be rotated all the way up to 180-degrees.
YouTube 1.8M
Facebook 569K
Twitter 196K
Instagram 133K
RSS