I like some of the more innovative takes on the slab form factor, especially the new designs and materials Motorola and HTC have been bringing to market, but there’s really only so many ways to spice up a rectangular box. I would lay out serious cash for a modern-day smartphone in the clamshell form factor.
Published 19 May 2012, 09:20 EDTUpdated 01 April 2021, 09:20 EDT

A few days back, Brandon Miniman posted a short tribute to the thick phones of yore, and it got me thinking. While I appreciate thin devices and marvel with the rest of you every time an OEM manages to shave a few more millimeters off a casing design, I don’t have much nostalgia for the brick-like smartphones of days past. What I really long for are my dumbphones. The reason: I miss that sweet flip action.

It’s basically impossible to find a modern smartphone in the clamshell form factor. Sure, there are occasional exceptions, but for the most part, the monolithic slab is the rule of the day. That’s a reality born of necessity: for many of us, our time spent using smartphones is consumption-heavy, whether it’s browsing, reading, or watching video. Right now, the best thing technology can come up with to suit that type of usage is to put miniature flatscreens in everyone’s pocket. While that may someday change, it’s our reality for the forseeable future.

And, frankly, that’s boring. I like some of the more innovative takes on the slab form factor, especially the new designs and materials Motorola and HTC have been bringing to market, but there’s really only so many ways to spice up a rectangular box. I would lay out serious cash for a modern-day smartphone in the clamshell form factor.

Why They Were Awesome

First of all, though I’m using the terms interchangeably, “flip phones” and “clamshells” used to be distinct product classes. A flip phone employed a thin plastic flap -sometimes itself called a “flip”- over the keypad and/or display, keeping most of the device’s mass in the non-flipping primary section:

By contrast, a clamshell phone more evenly split the mass of the device, usually by mounting the display to one half and the keypad to the other. This had the benefit of protecting the display from scratching while further reducing the device’s footprint:

There were other practical benefits, chief among them the prevention of pocket dialing. Just ask anyone who’s ever received a four-minute voicemail filled with the rustling of someone’s khakis as they walked down the street: pocket calls are one of the most irritating side effects of the mobile revolution. But practical stuff aside, what was the most fun thing about the clamshell and flip form factors? Come on, you know this. 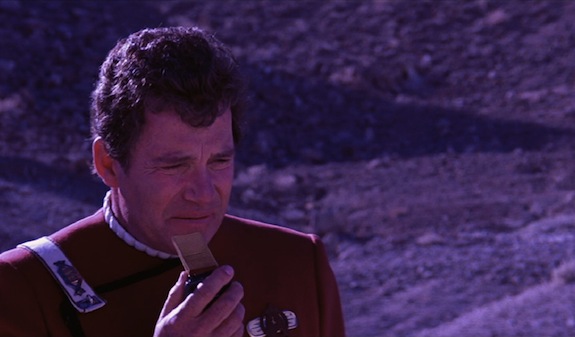 “Spock to Kirk. Don’t forget: it’s your day to pick up Chekov from school.”

With an active flip, you could take calls with just a flick of the wrist or a slip of the thumb, and end them the same way. Adversarial or contentious calls could be ended (after the requisite “Fine! Be that way!”) with a satisfying slamming shut of the clamshell. For the adventurous, the “centrifugal opening method” was always good for a laugh here and there:

Man, I wish I’d made that video first. I was doing that trick with a Motorola i60 back in 2003. But anyway.

A few manufacturers even went above and beyond, building in a feature that would open the flip at the touch of a button. Samsung devised a one-off piezoelectric mechanism that would open and close its SGH-T200 flip phone when the volume key was held, but the more popular approach was the simpler one: Nokia and Motorola each built a spring-loaded flip into several of their handsets. When you wanted the phone open, all you needed to do was push the catch release.

Let me tell you: opening a flip phone that way, with a spring-loaded button, was boss. And maybe it’s just the kid in me, but I still think anything with moving parts is infinitely more interesting, from a geek standpoint, than something without.

The other fun bit about clamshells was the secondary, external display. Whereas before, we only had one LCD panel for our custom greeting banners and Matrix screen savers, the advent of clamshells suddenly gave us two screens to play with. Various clock faces and animated caller-ID widgets brought us some fun customizability, and manufacturers experimented with features on the external display -like OLED- that they’d later bring to the primary screen. Many manufacturers also mounted the phone’s camera alongside the external display, allowing it to serve as a handy viewfinder for self-portraits.

Why We Won’t See Them Again Soon

The familiar refrain of the anti-flip crowd has always been that fewer moving parts = lower chance of hardware failure. That’s thinking which extends well beyond the phone world, and it’s entirely valid. But it’s not the biggest obstacle to a good flip smartphone.

Screen size is of paramount concern in today’s phone design. A bigger display means more content and controls can fit on the canvas, meaning fewer clicks are necessary, leading to a more streamlined user experience. On a simpler note, there’s also the whole “bigger is better” thing. It would be impossible to fit a display of 4″ or greater on one half of a portrait-orientation flip phone without making it a massive beast, so manufacturers would need to split the screen between the halves. Ask any user of a Sony Tablet P how they like that big seam running down the middle of their content in full-screen mode.

There’s also the recent decline in the importance of voice calls to consider. One reason for the long-term popularity of clamshell phones was that they conformed well to the face. As alternative means of communication, like messaging and video calling, continue to divert focus from traditional phone calls, the case for the flip form factor will weaken further.

So unless the voice call returns to the popularity it once enjoyed, or a seamless display technology arrives to eliminate the detrimental effects of hinges, we won’t be seeing flip phones back on the scene anytime soon. And I will have to look to new casing materials from HTC and new ways of avoiding square corners from Motorola to cure my slab-form-factor boredom. Well, along with my Bluetooth flip-top Star Trek communicator.

What’s your favorite flip phone of days gone by?