Why I almost didn’t buy the Nexus 6

The Nexus 6 is big and relatively expensive. So much so that I almost didn’t buy it! Here are my reasons why, and what ultimately changed my mind.
Published 24 October 2014, 10:38 EDT

Here in these United States, Google’s latest Nexus smartphone – the Nexus 6 – isn’t available for pre-order until October 29th, 2014. That date is approaching quickly, so those of us who are considering making that purchase need to make our decisions quickly. Mine wasn’t easy to make. Here’s why I almost didn’t buy the Nexus 6.

I’ve been a “Nexus guy” since before they were calling them by that name. I started out in Android with the T-Mobile G1. Shortly after the Nexus One was released I joined Pocketnow (has it been that long?!). I’ve owned every iteration of Nexus smartphone since (though I wasn’t all that impressed with the Nexus S). My teenaged daughter carries my old Galaxy Nexus, and my oldest son and my wife both carry a Nexus 4 as their daily drivers. 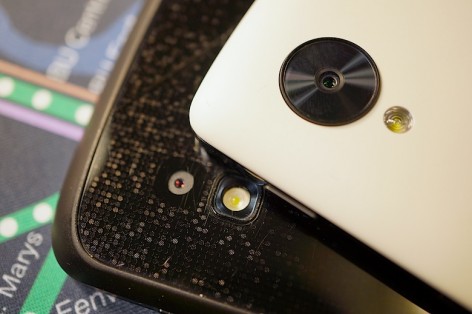 The price of the Nexus hardware is “right”. The fact that I can pick one up without a contract or any of the bloat that comes when you get a phone from a cellular carrier was very attractive. Getting OS updates before everyone else – well, that’s just icing on the cake!

When Google started hinting about an update to the Nexus 5 (the phone that I carry with me now), I started budgeting for the new device.

“Budgeting”, you say? Yup. When I buy my smartphones, it’s with my own hard-earned money. Yes, Pocketnow gets some review devices from manufacturers, carriers, and marketing agencies, but that’s not how I want to play things for my daily driver. It might be unusual in this industry, but I want to put my own money into my devices. That puts me in your shoes. I have to weigh the pros and cons for myself. I have to put in the extra hours on the job to be able to afford the new hardware. I have to feel like the new device is really “worth it” before I’m willing to spend my money to get it.

This, in turn, works out really well for you. My opinions and experiences after buying the device are real and legitimate. I don’t have to worry about upsetting or insulting a marketing agent. I can give you my honest opinion – and I do. Sometimes it’s brutally honest. 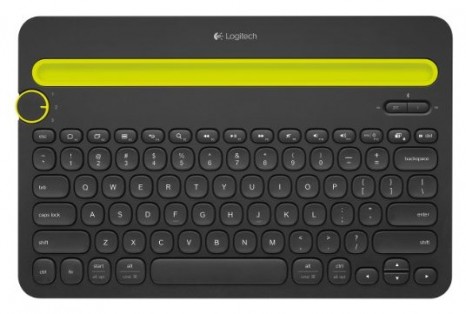 Google got into tablets somewhere along the line. I’ve got both iterations of the Nexus 7, and that’s the “right size” for me. I’ve used the Nexus 10 and the Moto XOOM, both are ten-inchers, and they’re both too big for me to reasonably carry with me. In fact, most of the time my 2013 Nexus 7 stays at home, despite the fact that I have a Logitech K480 multi-device bluetooth keyboard sitting on my desk at my day job, that I bought specifically for my Nexus 7.

There are specific use-case scenarios that would make a tablet (connected to a bluetooth keyboard and mouse) of particular utility for me at my day job, but due to some technical hurdles, my solution just isn’t quite ready – not yet.

We started hearing that Motorola would be the OEM chosen to manufacture the “next Nexus”. That made a lot of sense to me. Not long ago, Motorola was literally part of Google. Motorola has made some amazing hardware recently. Both versions of the Moto G and both versions of the Moto X have been great, and the Moto 360 is on my wrist right now. Performance of the smartphones was great, hardware quality was amazing, and those “ambient” features were really impressive! If Google could get Motorola to make a Nexus smartphone based on that hardware, I’d buy it! That’s what I told myself anyway.

Given the prices of the previous phones, I had budgeted just enough money for a US$429 phone. Since the 32GB Nexus 5 is selling for $399 these days, that seemed like a logical progression.

Then the phone was announced – and it was huge. And expensive! I hadn’t budgeted enough to buy it, but I still had time. The question turned from “how am I going to be able to buy it?” to “do I still want to buy it?” 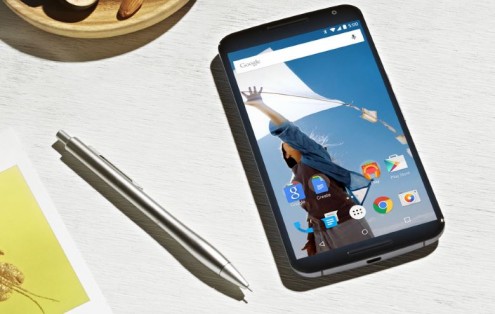 The Nexus 6 is large. The entire Nexus 5 can fit inside the screen of the Nexus 6. Luckily, I have large hands (I can spread an octave plus three on the piano). My pockets, however, are all a fixed size, and they barely fit my Nexus 5.

I thought about it for a long time… a very long time. (Okay, maybe it just seemed like a long time.) Finally I decided that this could be the answer to my tablet dilemma. The phone is big enough to replace my Nexus 7 (for the purposes that I use it for), but small enough that I’d still carry it with me. Finally I had a solution to my day job conundrum! (Or so I hope.)

I was able to do some creative accounting and shift some funds around to have enough money to buy the Nexus 6, so although the price is a bit higher than I’d expected, it’s in the right ballpark for phablets (like the Note 4).

Now we wait. The 29th is still several days away, but I’ve made up my mind: I’m going to take a chance on the Nexus 6, and I think I’ll be pleasantly surprised.

What about you? Are you a Nexus Guy or Gal? What do you think about the Nexus 6? Is it too expensive or just right, given that it’s Google’s first attempt at a phablet?

Will you be buying the Nexus 6 when it’s released, or will you wait for the reviews to come in before you take the chance? Head down to the comments and share your thoughts!

It seems that MWC 2021 is starting to lose some of its in-person presentations, as Samsung and other companies wont risk their personnel