Huawei teases a 6-inch 2K display for its IFA flagship

Learn more about Huawei’s teaser for its event at IFA 2014. The company seems to be planning a bold upgrade to a current smartphone flagship.

Even though Huawei is still many steps away from being popular in the United States, the company is huge in Asia, and it’s also gaining a lot of traction in emerging markets like Latin America. We’ve seen some interesting innovations from this company in every tradeshow that we cover, and we know that IFA is the company’s next frontier. It seems that Huawei has already begun to tease what we should expect to see at its IFA event, and there’s nothing small about these rumors.

Huawei’s press event will happen on September 4th, and the press invitations show us a seven being drawn with the top right corner of a new device, in a similar fashion to how the box of the original Nexus 7 used to look. The device being teased is not a 7-inch device according to sources, but really a smartphone sporting a 6-inch 2K display and an octa-core processor. The rumors get interesting when we talk about the name of this smartphone, as some expected this to be the Ascend D3 and others the Mate 7. The sources claim that this is actually a merger of both smartphones into one, though we don’t know if Huawei will call this the Ascend Mate D7, or any other name. What we do know is that the 7 in the press invite corresponds to part of the name of the device.

Our own Michael Fisher and Taylor Martin will be covering this and other events at IFA 2014, so may sure you tune in as more details of these devices emerge. 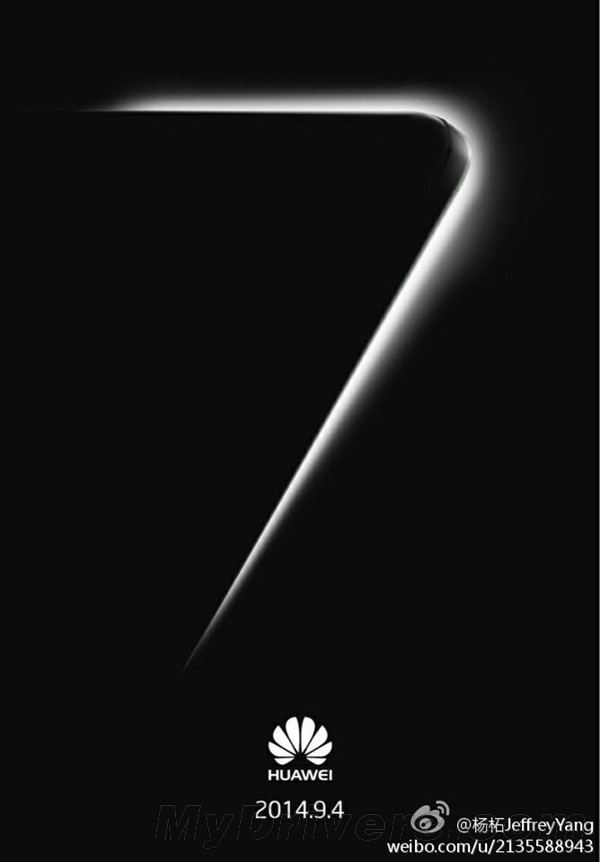