Huawei punch hole smartphone could beat Samsung in its own game

A recently leaked invitation suggests that a Huawei punch hole smartphone might be on its way, beating Samsung in its own game.

Huawei made it very clear after stealing the second place from Apple, so that there’s no confusion, that it aims for the number one spot. That is currently taken by Samsung, but the gap is getting smaller and smaller. The two companies are in constant competition, and the first 5G phone, foldable smartphone, or first all-screen smartphone is a topic of dispute. Who will be the first, only time will tell.

Just earlier today we heard about the upcoming Samsung Galaxy A8s, which might — or might not — be the world’s first all screen phone with a punch-hole display. It surely will be Samsung’s first Infinity O display, but apparently, Huawei has some objections.

Leakster Ice universe published an invitation to a Huawei product launch. The image can be seen above and below, and apparently there’s a ray of light coming out of the top left corner of the screen. That is a clear indication of a punch hole, if you will, Huawei’s take on Samsung’s Infinity O display. The report claims that both this Huawei phone and the Galaxy A8s will be announced in December. However, the report suggests that Huawei might beat Samsung to its own game.

Whether this is exciting or not it’s up to you. We’d be interested in knowing whether the punch hole beats the notch in your opinion. Let us know! 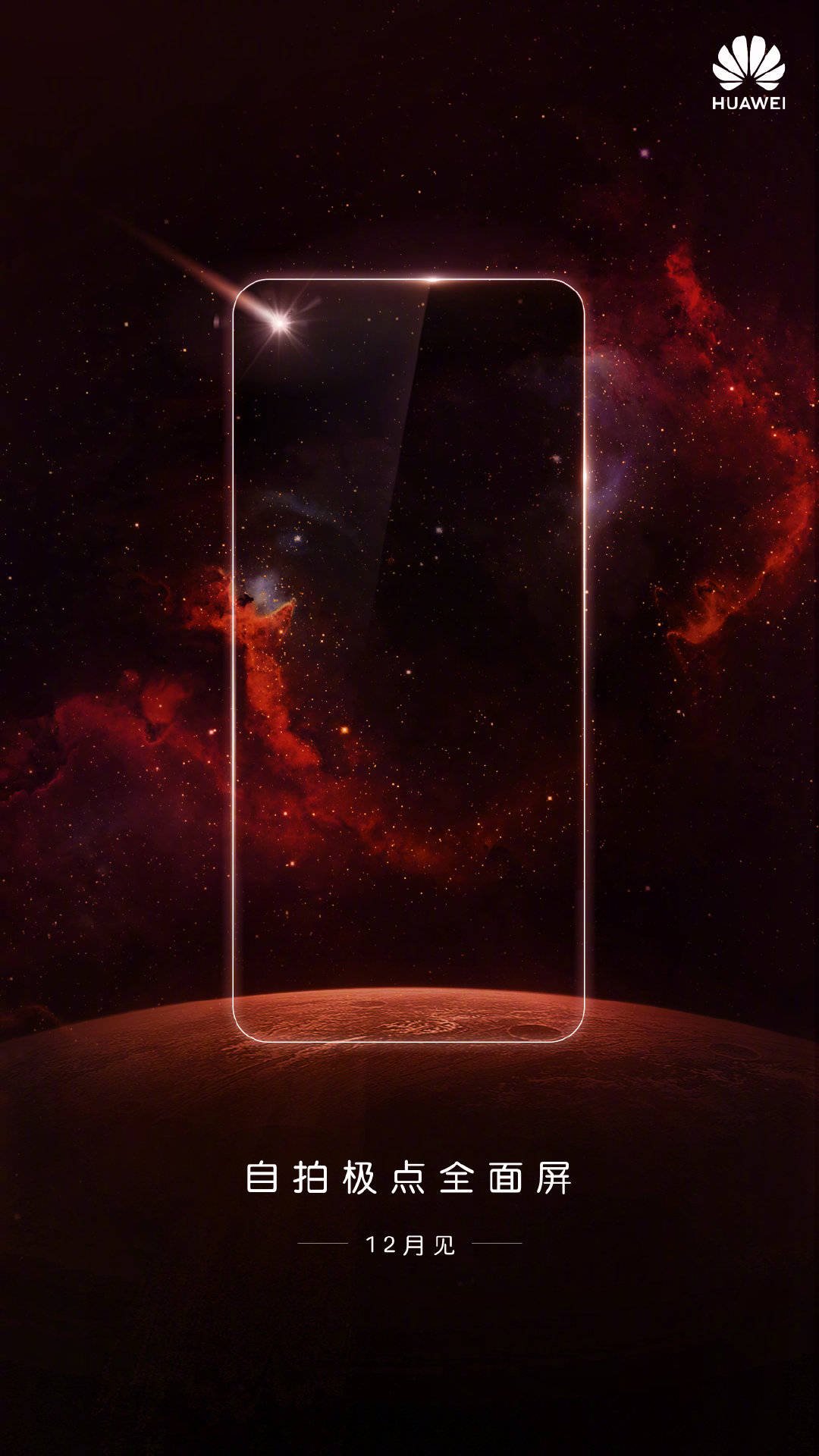