Huawei is doing everything in its power to avert attention from the iPhone Xs launch day and focus it on the upcoming Mate 20 Pro.

Huawei surpassed Apple to become the world’s second smartphone vendor. The challenge ahead is not only reaching Samsung for the number one spot, but also maintaining the second place. Today being the iPhone Xs launch day, what better way is there than with the help of some trolling-induced publicity? Maybe even throw in some users willing to convert from Apple to Huawei and you’ve got yourselves a recipe.

In the UK, a Huawei-branded van parked outside the Apple Store on London’s Regent Street has the label “JU%CE” on it. The text accompanying the image came via a Huawei Mobile UK Tweet. We find out the van is packed with “brain-boosting drinks (with no traces of apple) to recharge minds, and plug sockets to recharge battery-depleted phones“. Of course, this is all in the interest of hinting towards the Mate 20 Pro, to be launched in London on October 16, 2018. Yes, sure, and some trolling.

Additionally, in Singapore, things are similar. Huawei spent the night with people in line for the new iPhone Xs and handed out power banks. About 200 of them. They all came with a note, as you can see below. “Here’s a power bank. You’ll need it. Courtesy of Huawei” was the wording accompanying the 10,000mAh juice packs.

The Chinese phone-maker is setting the stage for big expectations around the Mate 20 Pro. It’s camera, and higher intelligence, both mostly due to the Kirin 980 processor, should take things to the next level. Do you think Huawei will deliver? 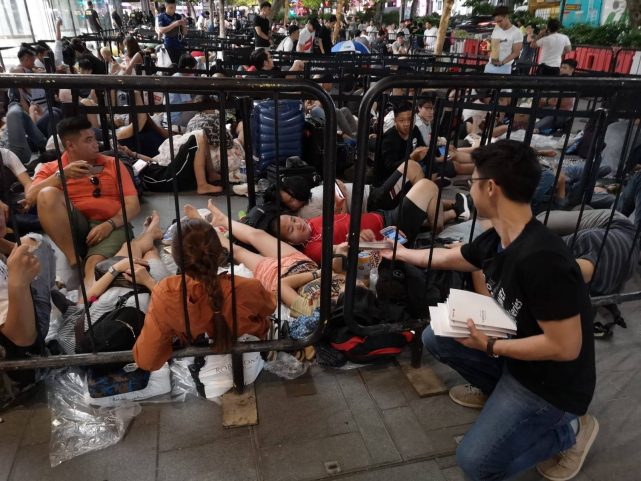 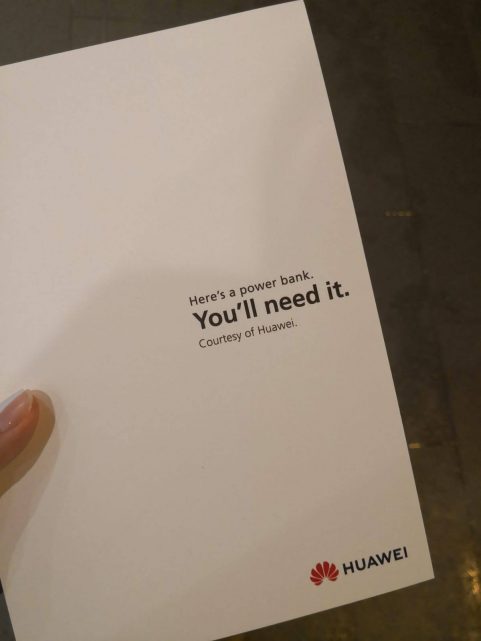 Say hello to the Huawei Ju%ce Van, it comes with brain-boosting drinks (with no traces of apple) to recharge minds, and plug sockets to recharge battery-depleted phones. A #HigherIntelligence is coming… 16.10.18 pic.twitter.com/jJLMbJmnnD