What happens if your Huawei phone breaks while in the U.S.?

I bought my Huawei Mate 20 Pro in New Zealand, but it broke while I’m in New York. How will I get it fixed? Here’s what happened with Huawei’s excellent customer service.
Published 27 September 2019, 12:00 EDT

Last month, I noticed the edges of the case that I keep on my beloved Huawei Mate 20 Pro had receded a bit. Was my case starting to wear out?  I better take a look.  As it turns out… no, my Huawei Mate 20 Pro was actually splitting at the seams for no reason!  Well, actually the reason is an expansion of the internal battery.  Look at what happened to this phone while it was in its case over 9 months of use! 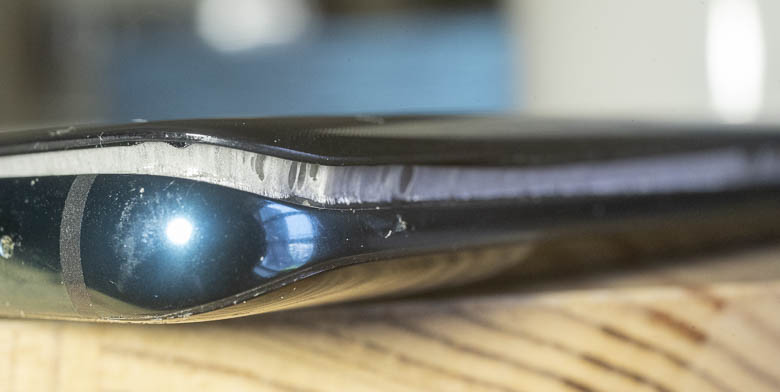 I preordered this phone in New Zealand because I knew that’s where I would be when it would release at the beginning of November in 2018 and I knew it would be an amazing replacement for the Huawei P20 Pro I had been using that year. For the 9 months that I had been using the Huawei Mate 20 Pro, it was my absolute favorite camera phone. Sure the lens quality and image grain wasn’t as beautiful as the old Nokia Lumia 1020, but having 3 different focal length lenses and camera combinations on the back brought so much more flexibility.

I took thousands of gorgeous RAW photos with the Mate 20 Pro in my travels over the past 9 months and I was expecting it to last until at least the Mate 30 Pro came out. I was hoping it would last much longer than this, especially considering the price! I had considered upgrading to the Huawei P30 Pro back in the spring, but I kind of prefer the 16mm, 28mm, and 70mm equivalent focal length cameras on the Mate 20 Pro versus the far more telephoto 5x 125mm equivalent lens on the P30 Pro.

Support is in New Zealand and I’m in New York

Normally, you can only get warranty support for a phone within the country where you bought the phone. That’s what I’m told when I enter the phone’s serial number into the Huawei support website to look up warranty repair support. This probably is rarely an issue especially for normal people who buy phones in the country where they normally live. Unfortunately, it’s not really possible to buy an awesome Huawei phone in the U.S.A. given the trade war with China going on.

I probably could have mailed the Mate 20 Pro back to New Zealand for warranty repair, but look at that battery!  It looks like it’s about to explode!  That’s not safe to be on an airplane!

Since I’ve been writing for Pocketnow since the turn of the century though, I thought I’d email the Huawei PR team about this.  That’s when the escalated warranty support and customer service kicked in.

Huawei emailed me a ground shipping label to send the phone to their service center in Texas because they wanted to see what happened. They also sent me a used replacement Mate 20 Pro to tie me over until they could fix my real one.

The verdict was that this battery inflation was just a random rare unlucky occurrence.  It happens once in a while, but not regularly.

The Texas service center still isn’t allowed to do warranty repairs on devices purchased in other countries though, so the plan was to remove the exploding battery and send the phone to New Zealand so that the rest of the 2 year warranty could be honored.  My aunt who lives in New Zealand happened to be in Texas at the time, so Huawei overnighted the Mate 20 Pro to her. She flew back to New Zealand and brought the defective Mate 20 Pro straight to the desk of Huawei’s New Zealand head service manager who had been on our email thread the whole time.

A few days later, Huawei had returned the Mate 20 Pro in full working order with a new battery, wireless charging coil, back cover, and fresh glue to hold it all together.

Huawei’s PR team and support personnel assure me that they would genuinely try to help get the phone serviced in a similar manner for other users who who may find defects in Huawei products while in the U.S.A. even if they weren’t (and can’t) be purchased in the U.S.A.  So that’s pretty nice.  I was afraid it would have been a “tough luck” situation!

Now which country can I get a Huawei Mate 30 Pro from?

We expect the highest-end variant, the Redmi Note 10 Pro Max to feature the high…