Even after a revealing AnTuTu benchmark visit, it’s unclear exactly how the Huawei P9 and P9 Max will differ once they’re finally released.
Published 31 March 2016, 04:30 EDT

In building up its looming trio of P-series Android phones, Huawei hasn’t shied away from conceding possibly their main selling point. Add a bunch of leaked live pics and renders showing every P9 angle and curve to the dual rear camera equation, as well as an April 6 announcement date etched in stone a while back, and there’s essentially nothing we don’t know at this point.

Or is there? Well, the specifications remain somewhat unclear, at least as far as distribution across the three variants goes. Rumor was the standard Huawei P9 would offer Kirin 950 processing power and 3GB RAM, which the P9 Max would upgrade to a 955 SoC and 4 gigs of memory, but AnTuTu brings us back to square one.

The benchmarking authority lists the non-Max P9 as a Kirin 955 powerhouse itself, with 4GB RAM, 64GB ROM and a Full HD screen in tow. In that case, its 6 or 6.2-inch gargantuan sibling could merely stand out with Quad HD display resolution and perhaps 128GB digital hoarding room. Or maybe the P9 Max will jump on the 6GB RAM bandwagon. 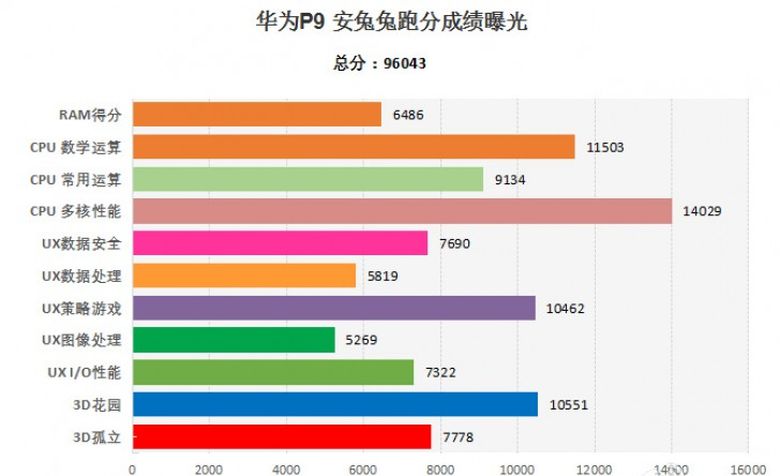 A bit of mystery surrounds the megapixel count of the two’s cameras also, since AnTuTu doesn’t specify whether the P9’s selfie shooter is an 8MP unit or the secondary rear-facing photography whiz. The primary cam apparently sports a 13MP sensor, and Android 6.0 Marshmallow naturally runs the software show.

As far as actual performance goes, the Kirin 955 processor is capable of delivering pretty robust 96,000 or so AnTuTu scores. Robust but short of stellar, at least compared to Snapdragon 820 and Exynos 8890 flagships, which can raise the bar all the way up to 130,000 points. Still, real-life speed is a different kettle of fish, so we’ll wait and review the Huawei P9 and P9 Max for ourselves before concluding they’re noticeably sluggish.