These renders depict the upcoming Huawei P30 and Huawei P30 Pro, and confirm the quad-camera for the Pro and waterdrop notch.

It is expected to have three cameras: a standard, a telephoto, and a wide-angle unit, in addition to the ToF sensor for depth of field. In this particular case, the latter could be the one placed underneath the flash. It’s not a camera, per se, but it is generally accepted as such. Seeing this arrangement lends more credence to Richard Yu’s accidental leak revealing the quad-camera branding on the pictures taken with the phone.

The renders you see below are for the standard Huawei P30. Notice that it seems to lack the depth sensor, meaning that Huawei will step it up from the P20, but still keep it under the P30 Pro.

The other thing these renders reveal is the waterdrop notch. This is considerably smaller than on last year’s model. Additionally, the report also suggests that both models will feature an in-display fingerprint scanner to avoid the need for a bottom bezel.

We’ll find out more in less than a month, when Huawei will officially introduce both phones on March 26 in Paris. 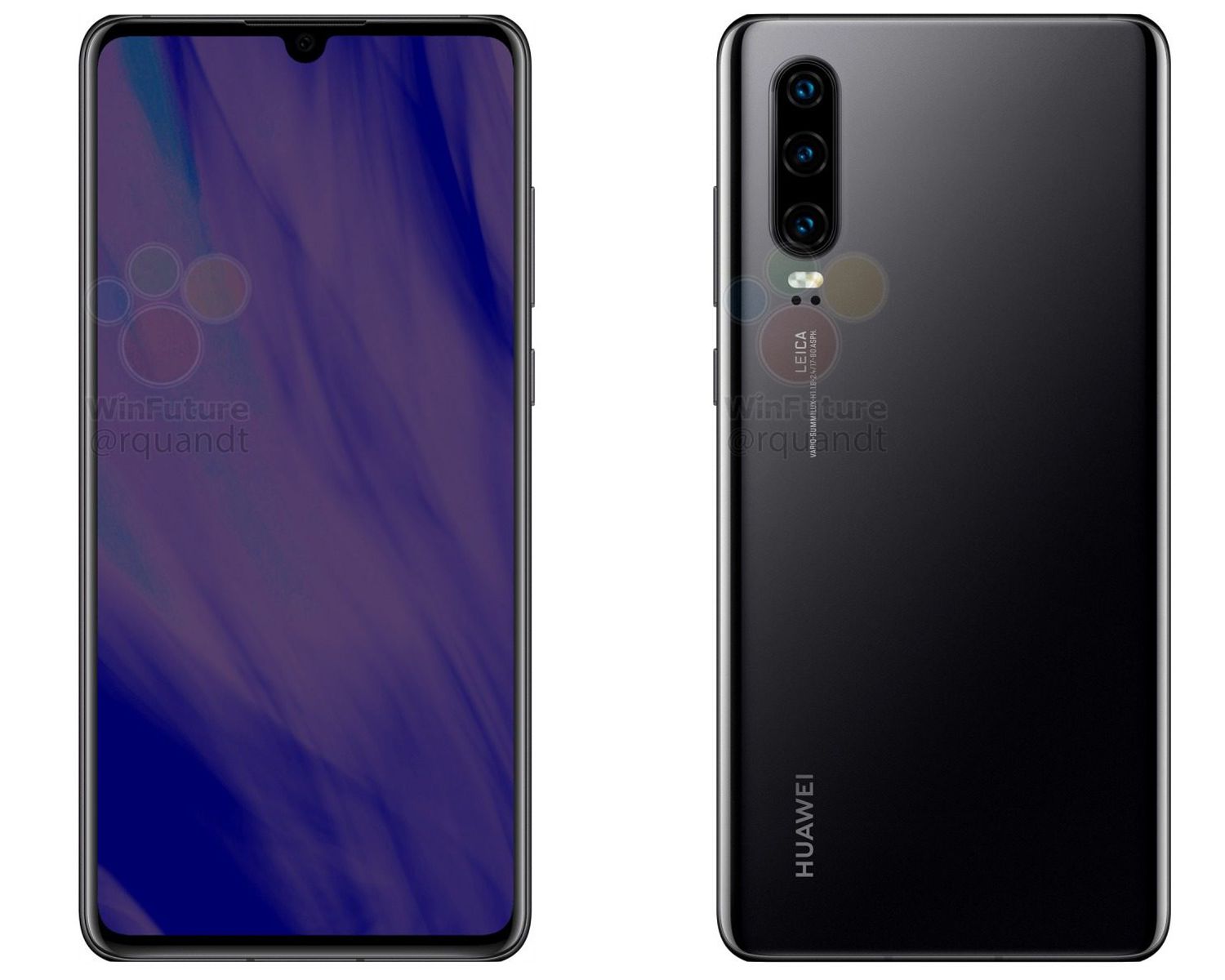