These pictures are allegedly Huawei P30 and Huawei P30 Pro official renders. They confirm what we’ve previously seen, but offer a better look at the phones.
Published 16 March 2019, 13:00 EDT

We have seen several takes on the Huawei P30 and P30 Pro as far as renders are concerned, from accessory makers to CAD renders. The renders we’re looking at today claim to be the real deal, and by that we mean leaked official ones. There’s little to no difference between these and the ones we’ve previously seen, but knowing that they might be official lend them extra credence.

Let’s start with the Huawei P30 Pro official renders above. There’s nothing out of the ordinary. We see the waterdrop notch housing the front-facing camera, a small chin on the bottom, and no physical button as the fingerprint scanner is underneath the glass. On the back, we see the quad-camera setup with the one on the bottom featuring a square lens. This is the periscope-zoom camera that will offer 10x hybrid lossless zoom. There’s also a wide-angle, and a standard unit on top of that, with a ToF sensor underneath the LED flash. From the side, we see a camera hump, contrary to previous rumors which suggested the cameras will be flush. The power button seems to have a shade to it, in this particular case, red.

Moving on to the Huawei P30 render (below), things are quite similar, with the exception of the periscope-zoom camera and its square lens, and the ToF sensor underneath the LED flash. The waterdrop notch is still there to house the front-facing camera, and the small chin seems to be, this time around, symmetrical with the minimal top bezel.

As far as color options are concerned, the P30 Pro should be available in Sunrise Red, Twilight, and Aurora, while the P30 will arrive in Twilight, White, and Blue colors. If you’re interested in the rest of the specs for both phones, check out this post revealing the internals. 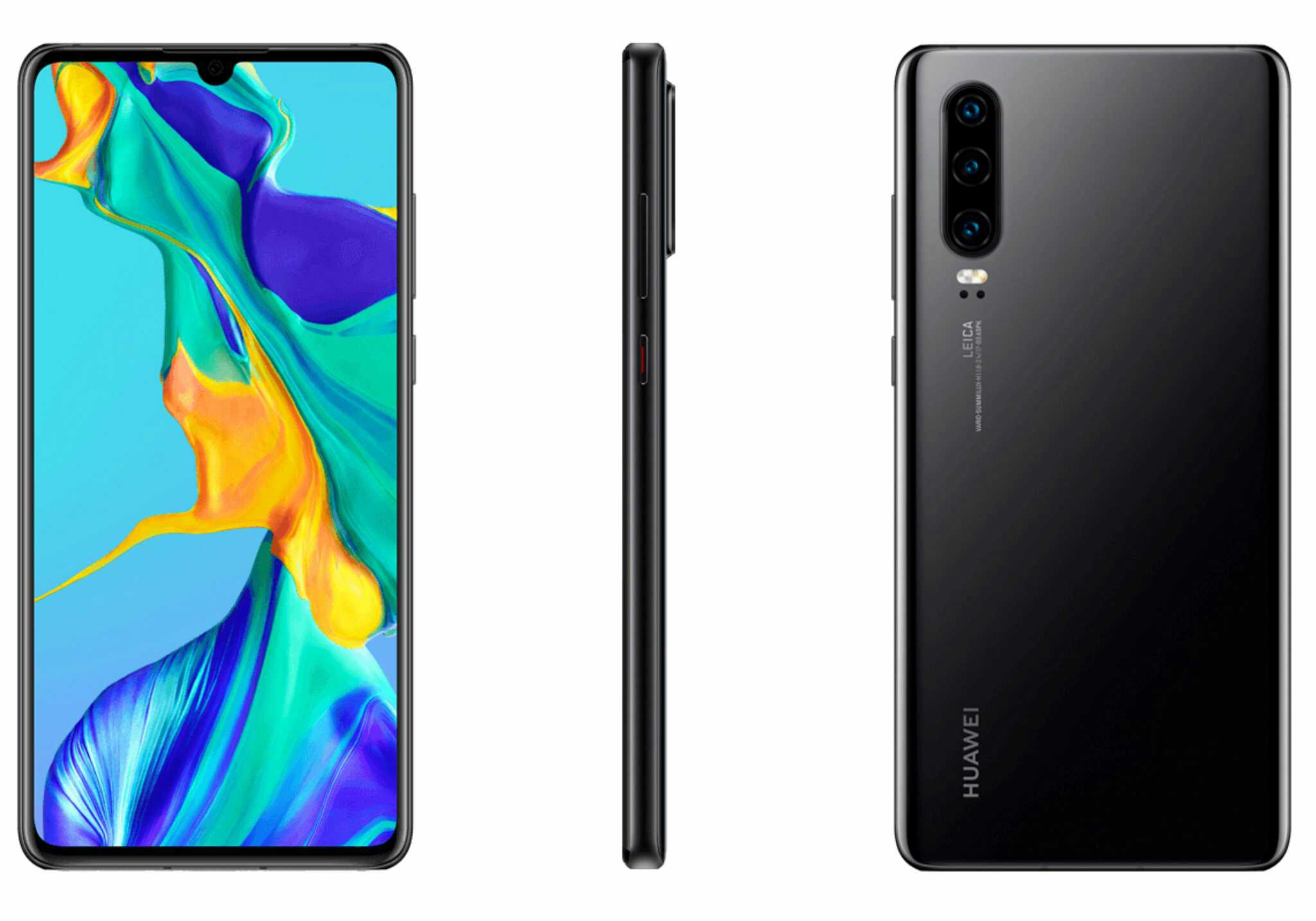