The Huawei P30 and Huawei P30 Pro are official. Here’s everything you need to know about them, including our hands-on video.
Published 26 March 2019, 09:30 EDT

The highly anticipated, heavily leaked, and consistently rumored Huawei P30 line-up is now official as the Chinese tech giant unveiled its two flagships for the first half of the year, at today’s special event in Paris. With the Huawei P30 and Huawei P30 Pro, the company is planning on rewriting the rules of photography. However, it is doing that by also focusing on the design, which is visible from all angles of the phones. The Huawei P30 and P30 Pro will be available in Amber Sunrise, Pearl White, Black, and Aurora color options. 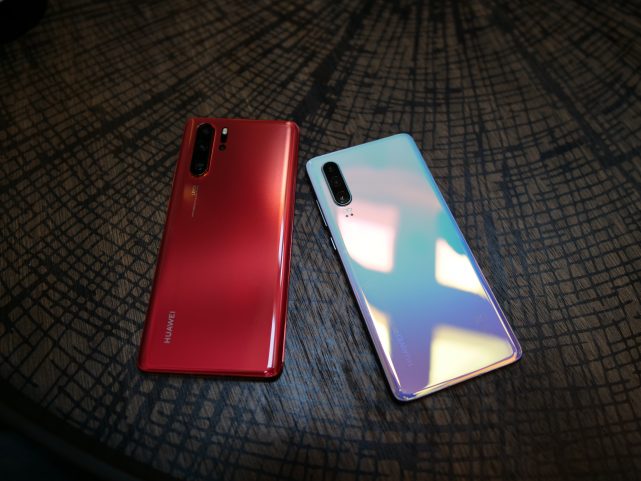 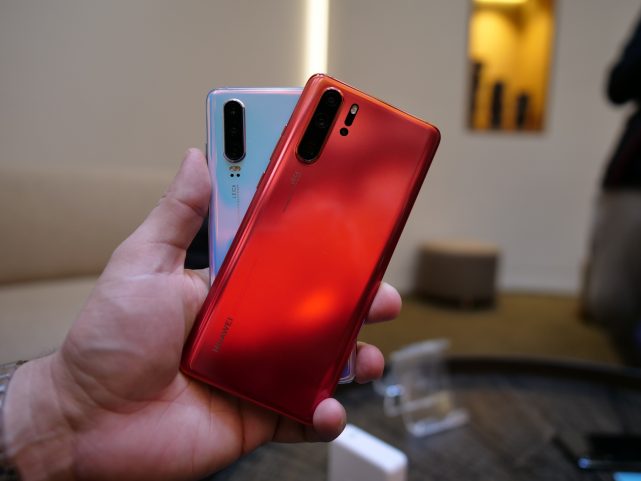 Memory options start at 8GB, and storage options at 128GB. Depending on the configuration and market, these numbers can vary. In the case of storage, the highest available will be 512GB. The display is a 6.47-inch Huawei FullView OLED Display with FHD+ resolution of 2340 x 1080 pixels, and 19.5:9 aspect ratio. 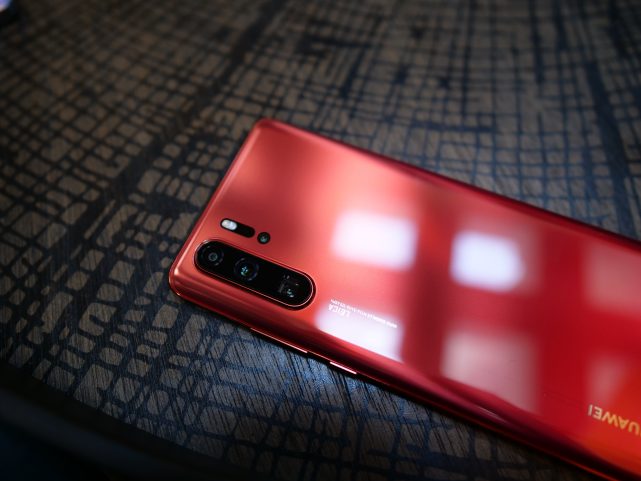 The Huawei SuperSpectrum sensor is what the company is proud of, and with what it wants to redefine photography. Instead of a traditional RGB sensor, this one is an RYYB sensor, which should allow 40 percent more light to be captured. In the case of the P30 Pro, we’re looking at an ISO of 409,600.

The periscope-zoom camera is a system that consists of a periscopic prism, a zoom lens array, and an 8MP sensor at the opposite end. With this system the P30 Pro achieves 5X optical zoom, with a total of 10X hybrid zoom. 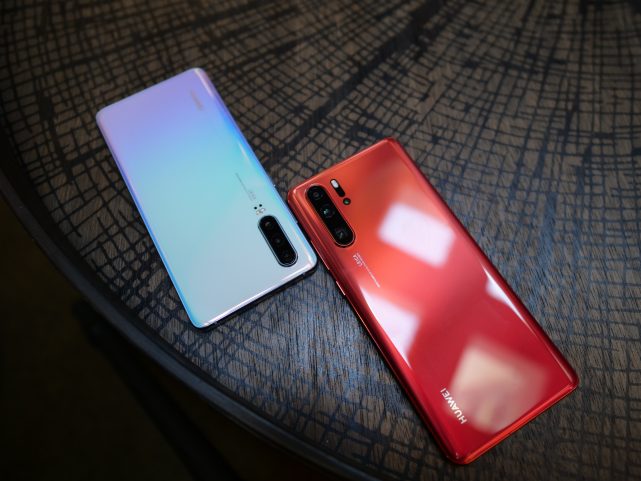 The Time of Flight (ToF) sensor helps AR measurements, being able to detect height, length, volume and area with a 98.5% accuracy. It is also a flood illuminator allowing images to have more depth. 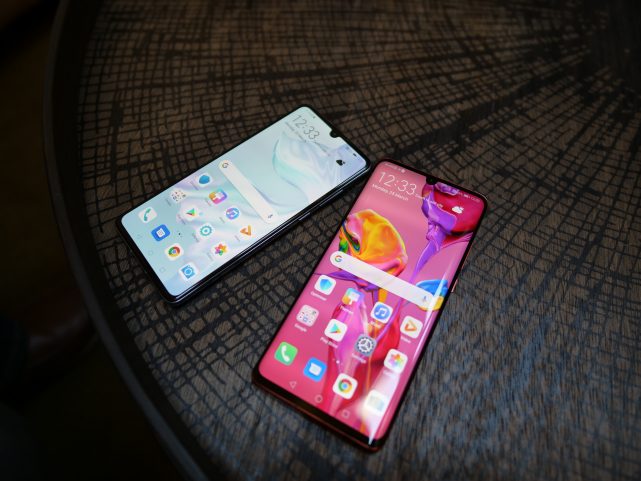 On the cutout at the top of the display on the front lies a 32MP SuperSelfie camera with f/2.0 aperture. It is capable of capturing Super HDR shots and Super Low-Light stills. It doesn’t support 4K recording, though.

In terms of video capabilities, the system is able to shoot low-light video, as well to record two clips at the same time with Dual View Video. Sadly, we still don’t have 4K recording at 60fps. 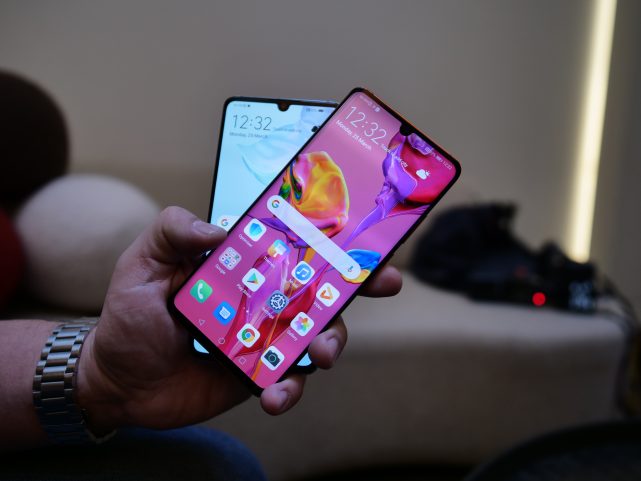 The Huawei P30 Pro features a 4,200mAh battery with 40W wired SuperCharging, and 15W wireless fast-charging capability. It also features reverse wireless charging so you can juice up your accessories. There’s also an IR Blaster 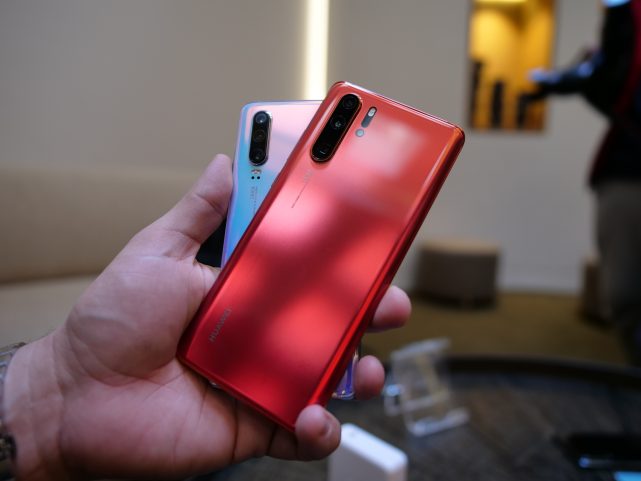 The Huawei P30 shares many of its specs with the P30 Pro above. There are still some differences, and we’ll focus on those below.

The display is a 6.1-inch Huawei FullView OLED Display with FHD+ resolution of 2340 x 1080 pixels, and 19.5:9 aspect ratio. While the processor stays the same, RAM options start at 6GB, and storage options at 64GB. They vary depending on the configuration and markets, with the highest storage available being 256GB.

The SuperSelfie camera is identical, at 32MP, but the camera setup on the back is a triple-camera system. We’re looking at a system that consists of 40MP Huawei SuperSpectrum f/1.8, 16MP Ultra-wide angle, f/2.2, and an 8MP 3X optical periscope-zoom, f/2.4, OIS, shooter.

The IR Blaster has been removed and the battery shrunk to 3,650mAh.

The Huawei P30 Pro will be available for:

The Huawei P30 will go for: 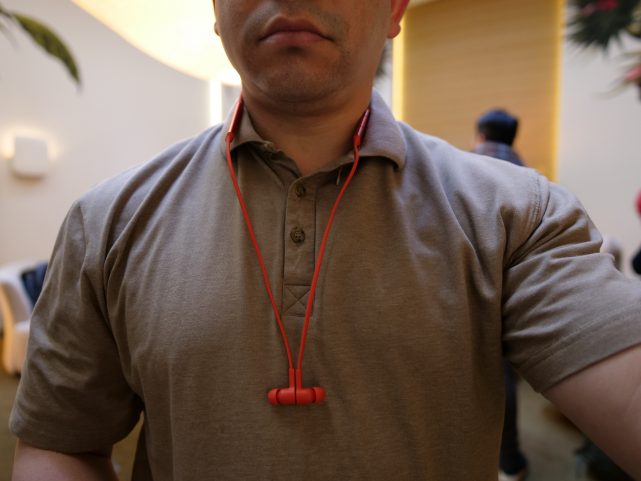 Not as exciting as the two smartphones above, but Huawei also introduced the FreeLace Wireless headphones. They are rated IPX5 for water resistance and they’ll arrive in Graphite Black, Amber Sunrise, Emerald Green, Moonlight Silver color options.

They feature memory metal cables for ergonomics and flexibility, at the end of which there are two 28 degree in-ear earbuds. They feature a magnetic switch that allows you to pause the music when attached (joined together), and also allows users to have separate controls for music and phone calls. The headphones feature noise canceling capabilities and the batter should be good for 12 hours of phone calls or 18 hours of playback. 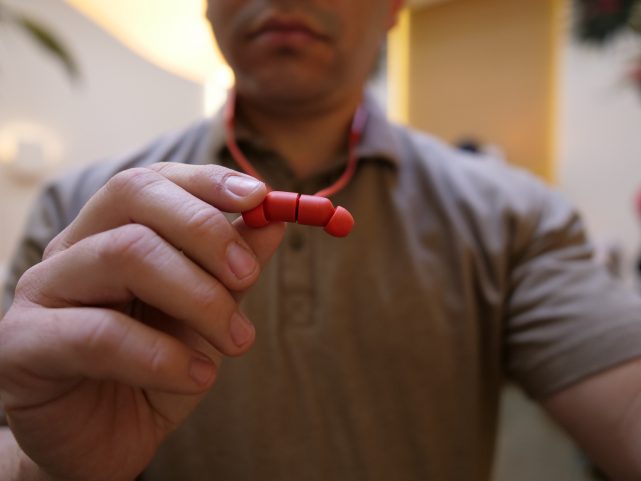 Following Google’s release of Android 12, OPPO has launched its own Android 12 based ColorOS 12.

It seems that smartphone manufacturers are now gearing up for the foldable race.