There are no prizes for guessing which of the newly unveiled Huawei P20 Pro and P20 phones is more impressive, but here’s what they’re both about in terms of official specifications.
Published 27 March 2018, 09:32 EDT

The Huawei P20 and P20 Pro are finally here, and for the first time ever, a P-series flagship phone actually looks better on paper than the most recent Mate release. And make no mistake, the Mate 10 Pro was already a pretty great device.

You get a whopping total of 68 megapixels from Leica’s first triple lens setup, and Huawei even claims the primary 40MP color sensor is an incredible 223 percent larger than the one on the iPhone X.

Premium add-ons like a color temperature sensor and all kinds of stuff used for intuitive, precise focus (laser autofocus, phase detection, 4D predictive focus) only bring the Huawei P20 Pro closer to DSLR territory. Of course, the “regular” P20 is no photographic featherweight, borrowing its more conservative dual cams from the Mate 10 Pro. 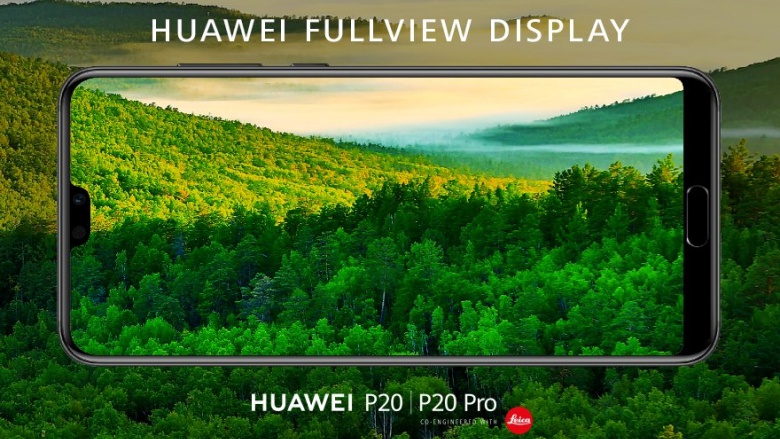 The P20 and P20 Pro tick plenty of other ultra-high-end boxes too, measuring 7.65 and 7.8mm thick with large batteries inside, and each coming in a unique hue in addition to black and pink gold.

That “twilight” P20 Pro is truly something special, and the same goes for an all-new HWA Hi-Fi Audio protocol powering 990 kbps Bluetooth sound on both variants. For biometric security, the P20 and P20 Pro are capable of recognizing your fingerprint and face, and although Huawei doesn’t use 3D sensing technology for the latter, its facial unlock feature is billed as significantly faster than Apple’s iPhone X Face ID method.