The Huawei P20, P20 Pro and P20 Lite are right around the corner, seeing daylight in Paris on March 27, although a bunch of rumors and leaks have left little to the imagination.

Both Huawei and Xiaomi have set March 27 as D-day for their next eye-catching flagship smartphones (some coincidence), but until the latter company decides to follow through on its Western expansion ambitions, there’s every reason to expect the former to hog the spotlight with the P20 lineup.

It’s been a wild ride for the Huawei P20, P20 Pro and P20 Lite, which started leaking out way back in December, needing several months and dozens of wildly conflicting reports to finally come into focus recently.

Although we’re still almost two weeks away from the three phones’ announcement event in Paris, we seem to know pretty much everything about them, and we’re here to answer all your burning questions. 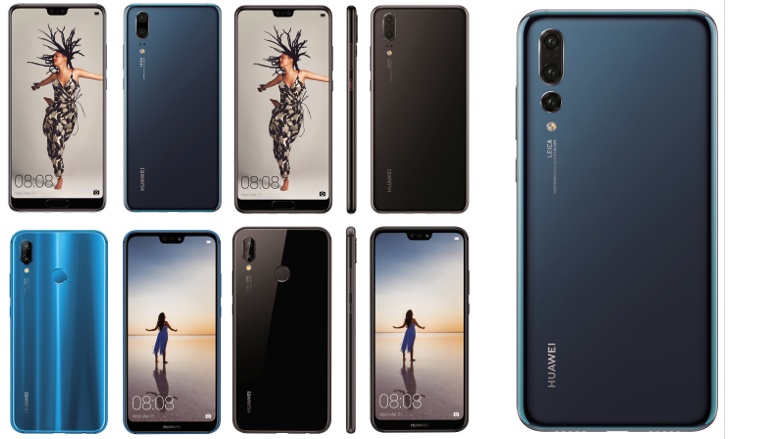 Initially rumored to be called P11, the P10-replacing family is actually skipping a few numbers, as the Chinese OEM wants to highlight the massive differences between its early 2018 and 2017 hero devices.

The “regular” P20 will be joined to market by a Pro, not a Plus, model, as well as a mid-range Lite version that’s due out in certain regions under the Nova 3e name. If that’s not confusing enough, it seems the Huawei Nova 3e will be officially unveiled in China exactly one week before the P20 Lite sees daylight in France. 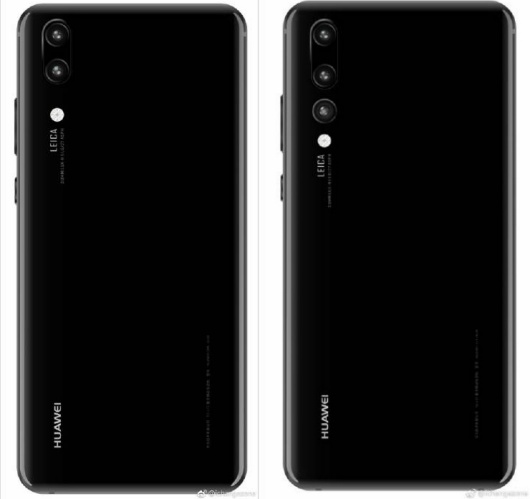 Yes, there’s a notch on all three main P20 variants. You may have to go with the flow here, at least until Apple finds a way to eliminate both screen cutouts and bezels, or keep your fingers crossed for international Vivo APEX availability.

A small “chin” will accommodate a company logo on the P20 Lite, replaced by a front-mounted fingerprint reader on the P20 and P20 Pro. The biometric sensor moves to the back of the Lite model, which by the way, looks significantly shinier than the other two rear covers.

Vertical dual cameras reside on the back of the P20 and P20 Lite, with the P20 Pro adding a third lens to the equation for professional controls and enhanced zooming performance. 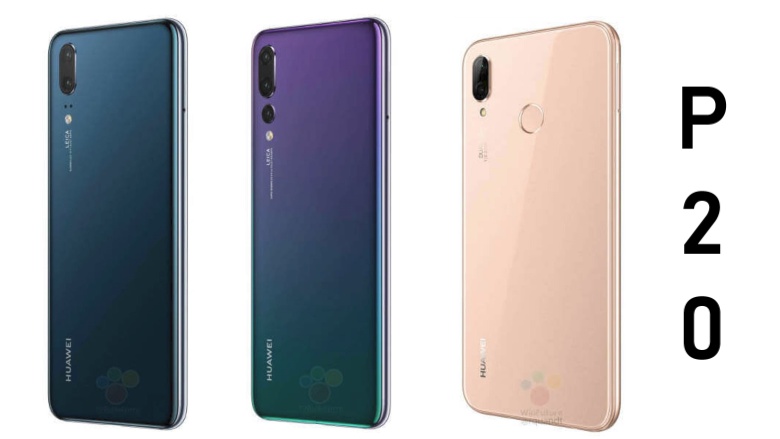 Made almost entirely of (glossy or matte) glass, the Huawei P20 family aims to stand out from your typical high-end handsets with unique splashes of color. All three models will apparently be available in standard black and blue flavors, with the Lite also offering a pink option, the “normal” P20 a pink-and-gold combo, and the Pro looking to take style to the next level with a gorgeous “Twilight” coating. That’s purple mixed with blue in a very original way.

There’s been some controversy surrounding screen sizes, battery capacity and camera details, but even though we still need to fill in some blanks, all the important stuff is essentially etched in stone. Triple-lens rear-facing shooter arrangement aside, the P20 and P20 Pro should be very similar. 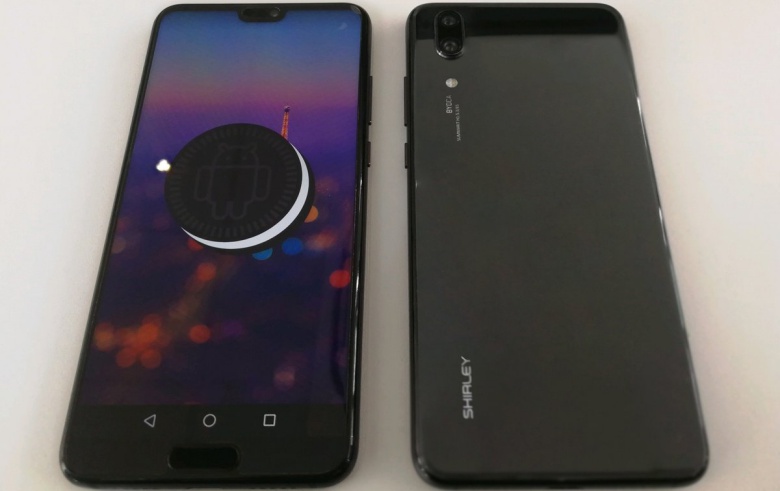 But the Huawei P20 Pro is likely to sport a larger 6-inch or so display, also packing a hefty 4000mAh battery, compared to the still-respectable 3400mAh cell under the hood of the 5.7 or 5.8-inch P20. The P20 Pro should be able to support 5x “hybrid zoom” with a whopping total of 40 imaging megapixels, while the P20 is tipped to settle for “just” a 32MP dual shooter setup. 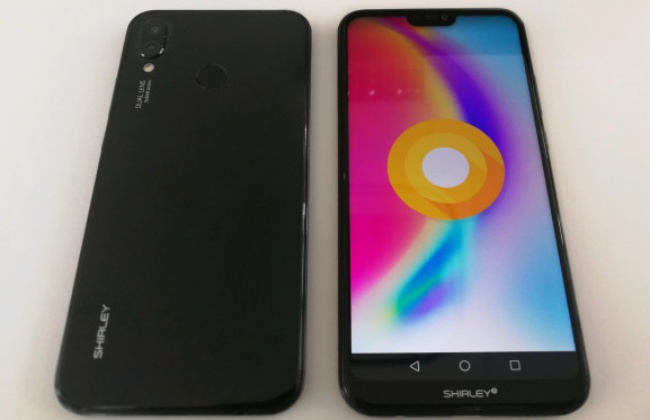 High-tech German optics specialist Leica is probably partnering with Huawei for both “picture makers”, which may not be the case as far as the P20 Lite is concerned. Still, the Kirin 659-powered mid-ranger is expected to feature decently capable 16 and 2MP rear cameras, as well as a single 16MP front-facing shooter. Also, a solid 4GB RAM, 3000mAh battery, and a 5.8-inch “notched” screen with the same FHD+ resolution as the P20 and P20 Pro. Last but not least, the Lite may actually be the only variant supporting microSD storage expansion. 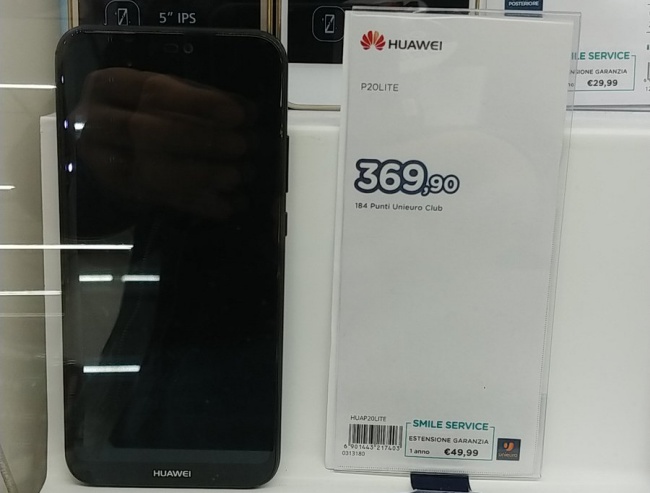 It’s fairly obvious early P20 Lite and Nova 3e adopters in Europe and China respectively need not wait long to get their hands on the budget-friendly “full screen” phone. It even seems certain retailers may be able to sell the device already. In exchange for €370, just like Roland Quandt predicted.

One of the most trusted mobile tech tipsters on Twitter expected the P20 and P20 Pro to cost €680 and €900 respectively, which we have no reason to doubt. That sure sounds steep, especially converted into US dollars, but exchange rates can be misleading, as they don’t take certain key factors into consideration.

When and if the P20 lineup arrives stateside, a $350 – $650 – $850 pricing structure feels more reasonable to expect, although that’s just an educated guess. No word on exact launch dates yet for the US, China or old continent, but it can’t be long now.

OnePlus is reportedly looking to revive the OnePlus X line, and will use the rumoured OnePlus 8 Lite to accomplish that goal by launching it as OnePlus Z.