Evan Blass revealed exactly one month ago that the Huawei P20 Lite would be sold in “certain markets” as the Nova 3e, and now we have an official Chinese introduction date.

Online-focused Huawei sub-brand Honor literally just took the wraps off yet another 2:1 phone with thin bezels and a killer price point, all while finally bringing the higher-end, costlier View10 to the US.

But that’s not going to stop the main Chinese company from unveiling three new P-series handsets in Paris on March 27, as well as a mid-range Nova 3e domestically a week earlier.

The latter’s March 20 announcement timing feels somewhat odd, as Evan Blass revealed exactly one month ago that the P20 Lite will be sold in “certain markets” as the Nova 3e, in “typical Huawei fashion.” 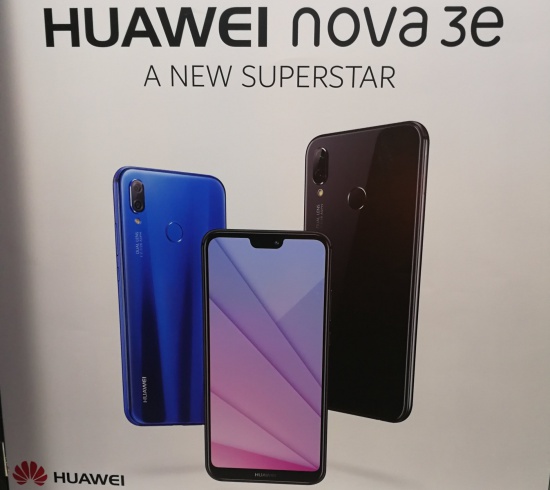 It’s also a little early to upgrade the Nova 2s, but we’re guessing the family’s popularity is growing, especially in China. Besides, if Huawei’s event teaser doesn’t make it clear enough, a number of official-looking leaked renders and promotional materials confirm beyond a shadow of a doubt how the Nova 3e aims to stand out. From its predecessor, that is, and not the iPhone X, with a notch in tow helping it achieve a higher screen to body ratio than the Nova 2s.

Compared to the 2s, the 3e is expected to stand significantly shorter and narrower, still sporting a respectably large 5.84-inch display with FHD+ resolution. The rest of the specs are not great but certainly not bad either, including a Kirin 659 processor, 4GB RAM, 64GB internal storage, 16 + 2MP rear-facing cameras, a single 24MP front shooter, Android 8.0 Oreo software, and 2900mAh battery capacity. All in all, you’re looking at humbler features than what the Nova 2s offers, meaning the 3e price point should also be lower.