Formally unveiled way back in February at the 2018 Mobile World Congress, the eye-catching Huawei MateBook X Pro laptop is now finally up for grabs in the US from Amazon, Newegg and Microsoft.
Published 21 May 2018, 11:05 EDT

Before unveiling the world’s first smartphone with a whopping three rear-facing cameras totaling 68 megapixels, Huawei made (a few) waves at the 2018 Mobile World Congress back in February by announcing the gorgeous ultra-high-end MateBook X Pro laptop.

This is not a trend-following detachable or convertible product, but it’s trend-setting in its own right, with an “industry-first” 91 percent screen-to-body ratio, “optimal” 3:2 aspect ratio, and privacy-minded recessed pop-up camera.

Available at long last in the US, from a trio of authorized retailers, the Huawei MateBook X Pro starts at $1,199.99, with a better-equipped configuration fetching $1,499.99. The Chinese OEM calls that “disruptive” pricing, and although this is far from a bargain, you certainly get your money’s worth.

The top-of-the-line SKU comes with a dedicated Nvidia GeForce MX150 graphics card, as well as an 8th Generation Intel Core i7 processor, 16GB RAM and 512GB SSD, while the “entry-level” model downgrades the GPU to an integrated Intel UHD 620, also settling for “only” 8 gigs of memory, 256 gigs of solid-state storage, and a Core i5 chip. 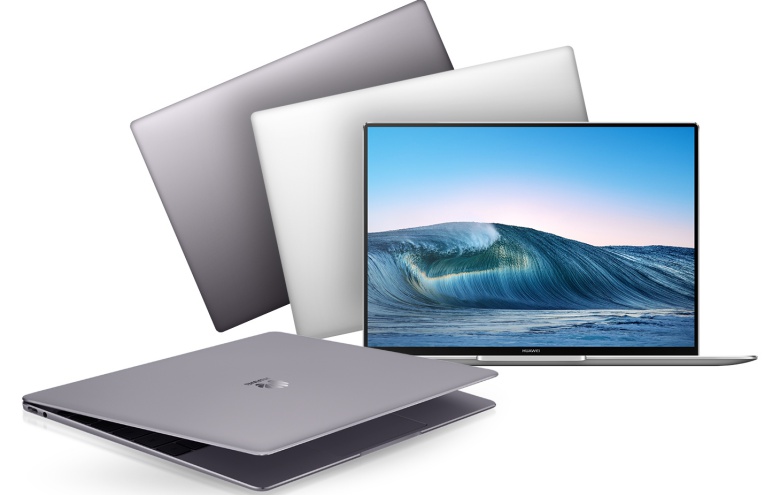 Both variants are crazy lightweight and stylish, with a “sophisticated sandblasting finish” and aviation-borrowed build materials, sporting 3K screen resolution (3000 x 2000 pixels), and promising up to 15 hours of continuous battery life in web browsing.

The almost borderless 13.9-inch display is touch-enabled, you get four speakers with second-gen Dolby Atmos sound enhancements, a 1MP camera hidden behind the F6 key, a USB-C port, Thunderbolt 3, and USB-A, not to mention good old jack.

Technically, you should already be able to purchase the MateBook X Pro online from Amazon, Newegg and Microsoft with $300 gift cards bundled in. But Amazon lists the Windows 10 notebook as “temporarily out of stock”, Newegg only throws in $150 coupons, while Microsoft appears to sell the two configurations detailed above for $1,149 and $1,349 instead of their $1,200 and $1,500 MSRPs, mentioning nothing about a gift card.